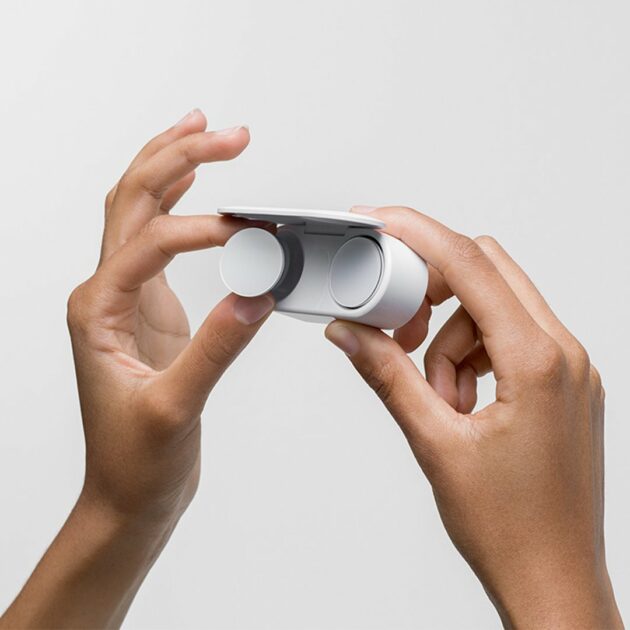 Microsoft is the latest tech giant to roll out wireless earbuds. The company unveiled the Surface Earbuds at its big Surface devices event in New York City.

The Surface Earbuds, which had been rumored earlier this year, feature touch sensors on each earbud to navigate music and calls. There are two mics embedded in each bud; there is 24 hours of battery life with an accompanying carrying case; and the Surface Earbuds take advantage of Microsoft’s cloud capabilities to translate more than 60 languages in real-time. The buds can also integrate with Office for real-time voice captioning during a presentation.

“How do you take earbuds and make them more productive? You add Office,” said Microsoft devices executive Robin Seiler.

The headphones, which work on “any platform,” will be available later this year for $249.

Amazon last week released its own wireless earbuds called the Echo Buds, powered by Alexa voice technology and priced at $129.99 — nearly half the price of the Surface Buds, and cheaper than Apple’s popular AirPods, which debuted more than two years ago and range from $159 to $199. Samsung’s Galaxy Buds sell for $129.99.

The design of the Surface Buds is unique and less discreet than competing options. “We looked at many options for ergonomics and weight. We created a simple design that balances against two points in your ear, creating all day comfort and stability,” Seiler said.