In search of a tight-knit community with an underdog mentality and a chance to help budding entrepreneurs build startups, Lucas and Lee Brown have found a new home in Alaska.

It has been a decade since the identical twin brothers co-founded Seattle-based marketing company Tune, which grew to more than 300 employees as a leader in the mobile marketing industry.

Sparked by an interest in remote work, a higher quality of life, and extreme skiing, in late 2016 they began making the move more than 2,000 miles away to Valdez, Alaska, a former Gold Rush town of 4,000 residents nestled at the bottom of the Chugach Mountains, six hours from Anchorage. 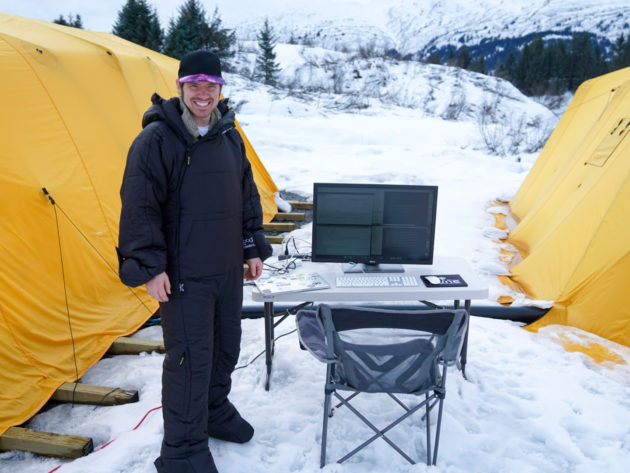 The relocation started as an experiment on a 21-acre property in the wilderness where the Brown brothers could work remotely and host employee retreats for Tune. But then they scooped up more land and purchased three 400-square-foot prefab houses while teaming up with a local telecom provider to install fiber optic internet across the property.

In November, the twins officially stepped down from Tune so they could put all their focus on launching a new startup factory in Alaska under the “Geeks in the Woods” brand.

“Lee and I love being entrepreneurs and taking things from 0-to-1, turning crazy ideas into legit business concepts that can grow and scale,” Lucas Brown said. “During our time at Tune, we had an opportunity to do that a few times with products we helped build with some really amazing people. We decided to continue that and share our experience with other entrepreneurs.” 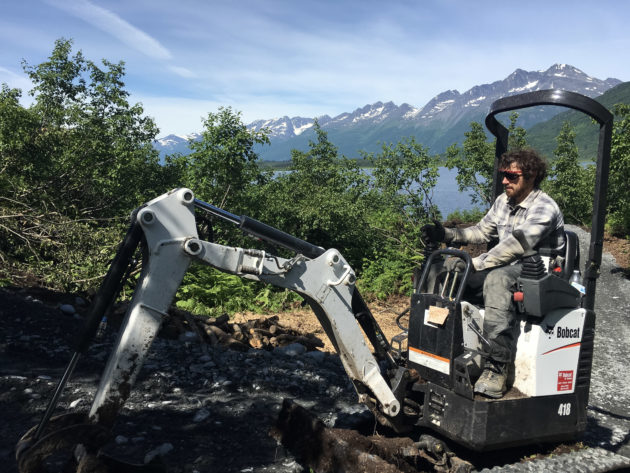 The brothers have established what they describe as a non-profit accelerator, a for-profit startup studio, and an investment vehicle to fund participating companies. The Geeks in the Woods Accelerator program will launch its first cohort later this summer for 2-to-4 software-as-a-service startups based in Alaska or that have plans to move to the area. More details about the accelerator will be available in March. The studio, similar to other firms such as Pioneer Square Labs in Seattle or Techstars Studio, will partner with entrepreneurs to build businesses together.

Alaska isn’t exactly a startup mecca. The state ranked dead last for venture capital funding in 2018, as companies there raised about $3.7 million, according to data from PitchBook. For comparison, VC investors poured $3 billion into Washington startups last year.

On the streets of Anchorage or Juneau, let alone the wilderness of Valdez, you’re more likely to run into a fisherman than a founder. And while the natural environment may appeal to people who can work remotely, launching a tech startup in Alaska isn’t common.

But the twins think that could change. In some ways, they see an old version of themselves among the people of Alaska.

“When Lucas and I were running a business in high school, we didn’t know what entrepreneurship was until we got to college,” Lee Brown said. “I like to think that a percentage of individuals who live in Alaska are already entrepreneurs — they just don’t have a good concept of what that means. There aren’t enough startups or mentors providing expertise or encouragement to help them make the transition.”

The brothers plan to share lessons learned from agile software development and bootstrapping — Tune didn’t raise outside investment for its first four years of business — with entrepreneurs in Alaska. The nascent tech startup scene is what makes Geeks in the Woods so fun, they say.

“It’s very raw and exciting,” said Lucas. “It feels like what tech was in Seattle 10 years ago when we first got started. There’s more of a community camaraderie about the entrepreneurs that are a part of the ecosystem, and more of an openness to help those around them succeed.”

Lucas said they “just lost that strong sense of community in Seattle,” which has changed dramatically in the past ten years due to the growth of Amazon and countless other tech companies. Many friends started moving outside of the city to find affordable housing, he noted, and it became more difficult to stay connected with their peers.

The twins aren’t isolating themselves. They plan to keep in regular conduct with Seattle, where they remain board members at Tune. The company recently sold off its marketing measurement business and is ranked No. 19 on the GeekWire 200, our index of privately-held Pacific Northwest tech startups.

But their attention is otherwise fully focused on Alaska, where the brothers continue to scoop up more land and now have a house in Anchorage. They’ve also grown the Geeks in the Woods team, bringing on a director of operations and finance manager.

In recent months, the lifelong entrepreneurs have kept sharp by hacking together startup ideas. They built Aurora.cam, an image recognition service that detects the visibility of colorful auroras in the sky in real time. And they’ve partnered with an Alaska entrepreneur to help grow Legalverse, a software startup that helps legal teams manage large document requests.

With support from other local organizations, including city and state officials, the brothers hope to convince entrepreneurs to join them in the woods. On their website, they invite software engineers, entrepreneurs and other creative professionals to stay at the tiny houses and work remotely, independently or with their teams. The brothers also hired a Seattle architecture firm to start envisioning what their new community could turn into.

After so many years living and working side-by-side, one might expect Lucas and Lee to go their own ways. But the brothers have figured out how to live unique lives and play up their strengths while continuing to support each other.

“One of us is a builder and another is a painter,” Lucas said. “We’re just a good team.”

The plan is to live and work in Alaska together for many years to come.

“We thought about what challenges we wanted to solve and what communities we wanted to help build and create a future for,” Lucas said when asked about the decision to create Geeks in the Woods. “We believe that we can really help provide some positive change in Alaska, and it’s going to take 10 or 20 years to do it.”

Learn more about Geeks in the Woods here.