Credible rumors have been spreading for months that Microsoft was working on a new, digital-media-only edition of its Xbox One video game console, without a disc drive.

This past week, Windows Central reported that the project, code-named Maverick, may be in stores as soon as this coming May, as the Xbox One S All-Digital Edition. The new Xbox would be entirely reliant upon Internet access and digital licenses for its software, which would further incentivize customers to subscribe to Microsoft services such as its Game Pass. This is in addition to the second rumored Microsoft project, “Scarlett Cloud,” which is designed to work with Microsoft’s planned game streaming service.

This marks another step towards Microsoft’s continued embrace of the concept of its video game division as a service provider, alongside subscription services such as Xbox All Access. That, in turn, seems to paint a picture of Microsoft’s current console strategy as working to disrupt the market entirely. Rather than focus on the more traditional route — focusing heavily on must-have games that are exclusive to their platform, thus giving a consumer several specific reasons to own an Xbox over a Switch or PlayStation 4 — Microsoft has been steadily chipping away at several of the accepted pretexts of what a video game console actually is. 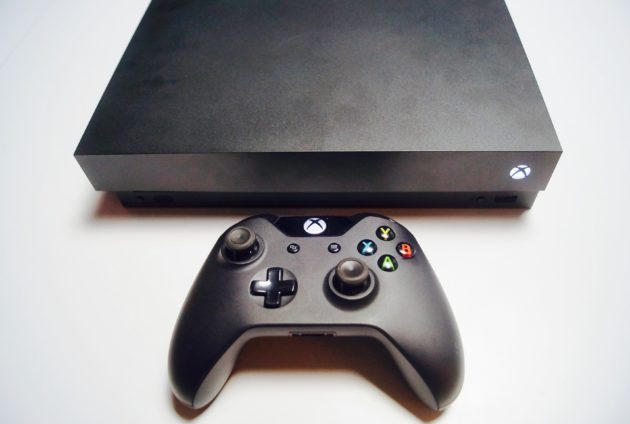 This has the potential to trigger a lot of knock-on effects. Between the current age of individual games becoming service platforms all by themselves, such as Fortnite or Warframe, and the continuing rise in popularity of digital media across all platforms, physical media has consistently made up less of a share of gaming revenue over the last couple of years. (Reliable market statistics for video game sales are notoriously hard to come by, since companies rarely divulge their internal data, but when they do, there’s a distinct trending towards digital sales matching or exceeding physical media.) While overall revenues have never been healthier, major brick-and-mortar retailers like GameStop are posting up significant losses.

The original start of the movement towards downloadable content (DLC) in the console market was due to companies like GameStop in the first place, who realized record profits in the 1990s and 2000s by capitalizing on the used-games market. Since DLC can’t be traded in for store credit or lent to a friend, it became standard industry practice to include at least some cosmetic extras as a digital bonus for a physical disc, because that way, a company is at least making some money off of the sale of a used game.

With a digital-only Xbox, which is rumored to be shipping at a significantly cheaper retail price than the current Xbox One S, Microsoft is moving towards bringing in a brand-new audience, all of which is paying Microsoft directly. It also puts Microsoft in a role more akin to Netflix or Hulu than a traditional video game manufacturer, complete with a rotating month-by-month lineup via its Game Pass.

At this point, it’s too early to say whether this will end up as an optional quirk that’s unique to the Xbox line or a genuinely disruptive influence in the market. As of right now, Microsoft’s primary competitors in the console space, Sony and Nintendo, are doing fine with their adherence to the current model. Sony in particular rode the sales of last year’s PS4 exclusive Spider-Man to a new milestone, marking nearly 92 million PS4s sold as of January of 2019. That’s roughly twice the Xbox One installation base, although Microsoft’s recent decision to offer the Xbox Game Pass on non-Xbox devices does a lot to change that math.

There are also a lot of intangibles that may prevent this move from being successful. In the American market, the evolving debate over net neutrality could play a role, as many modern video games clock in at a few dozen gigabytes of data, and rural customers who already struggle with broadband access won’t find anything exciting about a digital-only Xbox. As the market continues to evolve towards a greater acceptance of games as a service, however, it may be a solid bet to have a console platform that’s pre-positioned as a cheap method of entry for those services.