In a potentially seismic move for the video game industry, Microsoft is preparing to extend Xbox Live compatibility to several additional platforms, including Android and iOS mobile devices and the Nintendo Switch, according to a session description for next month’s 2019 Game Developers Conference in San Francisco.

The session was reported by Windows Central, and the description has since been scrubbed, but it had touted plans to show off a new software development kit “to enable game developers to connect players between iOS, Android, and Switch in addition to Xbox and any game in the Microsoft Store on Windows PCs.” Xbox Live users will be able to “take their gaming achievement history, their friends list, their clubs, and more with them to almost every screen,” the description said.

This would extend Xbox Live’s reach from the 400 million Xbox and Windows 10 gaming devices, to a couple of billion devices worldwide. 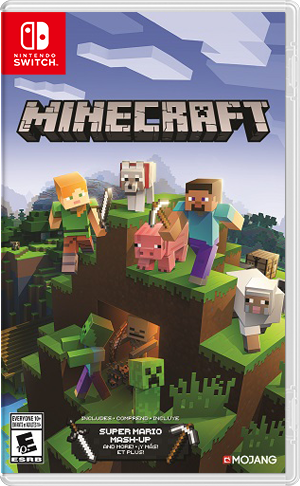 Microsoft declined to confirm or comment on the plans in response to GeekWire’s inquiry. However, such a move would fit with the tech giant’s strategy under CEO Satya Nadella. Microsoft has increasingly been seeking to make its apps and services work across a variety of platforms, including those that the company has traditionally considered rivals.

The SDK will be discussed at GDC 2019 as part of a session hosted by Team Xbox’s Jeffrey Shi and Ramsey Khadder, “Xbox Live: Growing & Engaging Your Gaming Community Across iOS, Android, Switch, Xbox, and PC.”

The idea as proposed is to let the Xbox Live community take their groups, achievements, friends lists, games progress, and other means of engagement with them to non-Microsoft platforms, most notably the Switch, in the same way that Minecraft players can currently bring their data with them via Live if they change over to another system.

There are a few other publishers in the games industry that attach their own independent networks to their games, most notably Ubisoft’s Uplay and Electronic Arts’s Origin. When you install a new Assassin’s Creed or Madden game, you also run into requests to sign up for the related services.

There’s also a larger movement in games right now towards “crossplay,” where certain cross-platform titles will allow you to go head-to-head against players on different services or consoles, which used to be anywhere from rare to impossible. Rocket League, Fortnite, Paladins, and SMITE, just to name a few games, all either have crossplay as of this writing, or intend to roll out the functionality soon. Last summer, Microsoft and Nintendo made big news by allowing Xbox and Switch owners to play together in Minecraft.

Hey @Xbox, since we can play together in @Minecraft now, did you want to build something? pic.twitter.com/LIylWy3yXZ

What’s different here is that Microsoft is extending the Xbox Live service, one of the pillars of its video game business, to platforms that are owned by what are ostensibly its direct competitors. Imagine an announcement by Netflix that it has reached a deal where you could watch several of its exclusive shows on Hulu, and you get an idea for how unusual this move could be.

It does make sense, however, when viewed in conjunction with other initiatives like Microsoft All Access. Microsoft is still happy to sell you an Xbox if you want one, but this is consistent with its stated desire to focus on the services it provides, rather than the products it sells. It also opens up the possibility of Microsoft’s trademark first-party franchises being available for play on Android, iOS, or Nintendo devices, albeit with potential required engagement with Xbox Live. You could probably get a pretty good game of multiplayer Halo 5 or Sea of Thieves going on a Switch.

Part of the session’s description also played up the appeal of the decision to independent developers, who ostensibly could “save time & expand their customer base” by offloading their social, communications, and multiplayer interactions onto Microsoft’s Xbox Live network. Instead of coding up your own account structure and online presence, the argument goes, why not simply plug into the preexisting, millions-strong Xbox Live user base?

Microsoft has been criticized for its lack of platform exclusives, which tend to be the bread and butter of any video game console, but if its game plan is to use its high-engagement online service as a method of colonizing competitors’ marketplaces with its service portfolio, it’s a truly audacious move. It means that the value of the Xbox to Microsoft doesn’t necessarily involve a customer owning an actual Xbox. It also positions Microsoft as a social-network client for indies looking to build ready-made communities around their games, and gives Xbox Live a foothold on a variety of devices as the mobile gaming market continues to heat up.