One of these days, Microsoft will decide that it needs to break out the amount of revenue it is recording from sales of its Azure cloud computing services. Today was not that day.

Azure revenue increased 73 percent, according to Microsoft, but the actual numbers that would allow analysts to make better estimates of its performance against Amazon Web Services remain elusive. Still, there’s no dispute that Azure is the second-most used cloud infrastructure service, ahead of Google, Alibaba, IBM, and a few others. 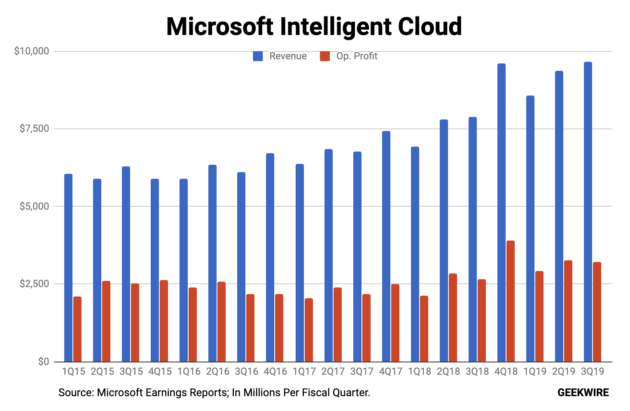 Microsoft will have a conference call later on Wednesday to discuss its quarter, and we’ll update this post with additional information.