It takes a lot of teamwork to manage an army of the undead, breach the Wall and set out to conquer Westeros. And apparently it all starts with a slide presentation made on a Google Chromebook.

HBO and “Game of Thrones” have teamed with Google for an advertisement that hypes both the popular fantasy television series and the tech giant’s hardware. The video above shows a recruit orientation presentation being built by the Night King, leader of the White Walkers.

But beyond the minute-long video, the real fun lies in diving into the presentation itself, so you can read what’s on the slides.

“So you’re undead. Now what?” reads slide three, followed by a slide titled “You probably have lots of questions,” below.

You may deal with folks in your own organization who are sluggish or less than motivated, especially on a Monday. But are they the walking dead?

The Night King seeks to motivate his bunch by letting them know they are part of a growing horde. Recruitment is up 400 percent, and there’s never been a more exciting time to be a Walker. The objective is obviously to come down out of the frigid North, where they have achieved market saturation, and move south into Westeros where there is market opportunity.

“We’ll push your limits,” the language on one slide reads. “Get used to being asked for the impossible. You’ve already been raised from the dead, imagine what else you can do.” 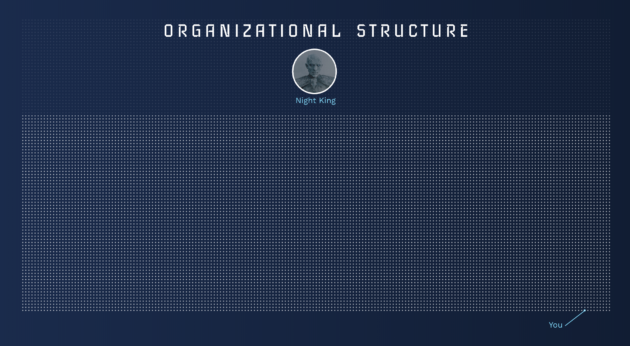 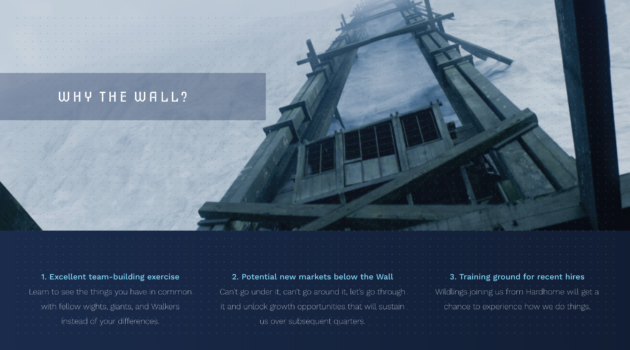