Taking part in an on-stage interview in front of 200 people from the Seattle startup community on Thursday afternoon was probably one of the more relaxing moments this week for Spencer Rascoff.

It’s been a stressful past couple of days for the Zillow Group CEO, whose online real estate company saw its market value drop by $2 billion after its quarterly earnings report disappointed investors and sent shares falling by more than 20 percent.

The way that companies soldier through challenges is by sticking together and reorienting and refocusing on the mission.

So when Rascoff was asked about the highs and lows of a company journey at the Madrona Venture Labs event, the longtime Zillow executive talked about his experience this week.

“Leadership is about how you respond to those situations,” he said. “What separates long-term successful companies from those that are not is how employees overall respond.”

Rascoff said he received several emails from employees across various ranks at Zillow who wanted to show their support for the company’s long-term mission in light of Wall Street’s reaction.

“That speaks to the culture of the company,” he said. “It means a lot to me, actually, and it really moved me quite a bit.”

Rascoff has been through similar dire situations as a leader, including layoffs, which he called “the worst” and in a different category than stock declines. Zillow laid off a third of its employees after the housing crisis in 2008 and Hotwire, a travel company Rascoff co-founded, also went through a round of deep job cuts.

“The way that companies soldier through challenges is by sticking together and reorienting and refocusing on the mission,” Rascoff said.

In fact, sometimes hardships can be a “blessing in disguise,” he said. “They force you to focus and they are a wake-up call.” 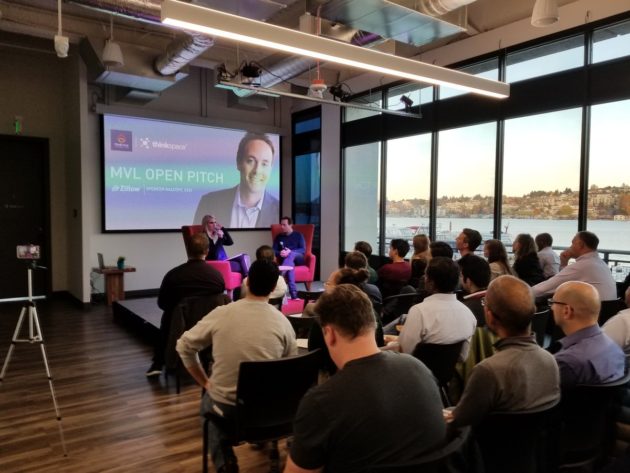 Rascoff said the hardest part about being a CEO or leader is making sure you’re conscious of what you’re saying and how you’re presenting yourself in different situations, whether it’s a boardroom huddle with executives about budget cuts or an all-hands meeting with thousands of employees.

“I’m never fibbing or lying, but there is definitely a different level of communication, competence, and transparency that you’re bringing into different settings,” he said. “That was hard for me to grok as we grew from 300 employees to 4,000 in seven years.”

Here are some other quick takeaways from Rascoff’s fireside chat:

On his servant leadership philosophy

Rascoff was just 23 years old when he took the helm of Hotwire, the online travel agency that was acquired in 2003 and now operates under Expedia. He was managing people who knew a lot more about the travel industry.

“When you’re in a situation like that, you can’t actually just tell people what to do,” Rascoff said. “I learned that the best way to manage at that young age is to kind of serve them. So what can I do to help you succeed? How can I help you? I work for you. I’ve maintained that all the way to my current role. Every 1-on-1 starts and ends with me asking my direct report, what do you need? How can I help?”

Rascoff and other early Zillow execs didn’t have a ton of real estate experience. He said that ignorance for what is possible can be an advantage — “you don’t know what’s impossible because you’re not burdened with any baggage,” he said.

But the disadvantage is that you can make a lot of avoidable mistakes. Rascoff said the best of both worlds is to have a little of each, especially for business development employees who are helping build relationships and partnerships within the industry.

“It’s critical to find people with the growth mindset in that role,” he said. “It’s good that they understand how the industry is structured. But they need to also be able to open up the aperture on realizing that maybe it won’t always be structured that way or just because it’s been done in this way for 20 years doesn’t mean that’s how it should still be done.”

Rascoff has done a lot of angel investing and seen a lot of startups fail due to founder dynamic issues. He joined Zillow at an early stage and worked well with the founders — Rich Barton and Lloyd Frink — because they brought different skill sets to the table.

“We compliment each other and we don’t want each others’ jobs,” he said. “That chemistry is very important.”

Feature or a company

One of the most difficult questions a startup founder faces is knowing when to forge ahead with an idea or let it go because it’s not working out. Rascoff said it’s important to understand if something is a “feature idea” or a “company idea.”

“If you really think it’s a company, then you probably think it satisfies some large consumer need — typically a problem you have in your own life — and you should forge ahead,” he said.

Rascoff added that another common mistake he sees entrepreneurs make is to drink their own Kool-Aid and become too wedded to their idea.

“Being able to be realistic while still being optimistic is the trick,” he said.

Podcasting with his son

Rascoff recently started a podcast with his 10-year-old son Luke called “Dad, I have a question!” Rascoff described Luke as “very, very, very inquisitive,” constantly peppering his father with questions about business, finance, startups, and technology.

They’ve recorded six episodes so far using the free iPhone app Anchor, with the most recent about taxes that included a special guest appearance from Rascoff’s 7-year-old daughter.

“Hi, I’m Luke’s sister, Katerina Rascoff, and I have always wanted to know what taxes are, so I’m really excited to be here,” Katerina says on episode 6.

Rascoff said the podcast is simply something that he and his kids both enjoy doing. The CEO also has his own Zillow podcast called Office Hours.

“As kids get older, it’s harder and harder to stay connected with them and you have to find common interest,” he said. “That’s hard sometimes, so this is just a fun project.”