Rand Fishkin and Casey Henry have plenty of experience helping build venture-backed companies — and that’s part of the reason why they avoided the traditional venture financing route for their new startup. 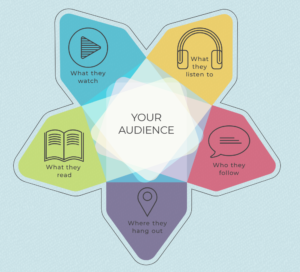 Fishkin, co-founder of Moz, and Henry, a former Moz colleague who was previously a director at Wistia and Ookla, took an unconventional route to find investment for SparkToro, which is building a “search engine for audience intelligence.”

The founders wanted investors who would allow SparkToro to grow without the typical venture-backed pressures of raising larger follow-on rounds and achieving a huge exit in a short timeframe. They were frustrated with the “succeed on a massive scale or die trying” model.

“We intend to pursue this problem space, which we believe is a giant market with a ton of opportunity, aggressively,” Fishkin wrote in a blog post. “But we won’t do so with a ‘growth at all costs’ mentality. We are not willing to trade lower risk, profitable growth for a higher growth rate that brings high risk consequences to our long-term prospects.”

SparkToro came up with a new structure that “lets investors participate more directly in the profits and profitable growth of a less ‘big-exit-only’ focused company.” Fishkin, who’s had his share of frustrating experiences with venture capitalists, detailed some of the unique qualities of that structure here:

“Let me be super-clear about what we’re trying to build: an exciting, high-growth, high quality company that some venture investors might be excited to be part of… BUT, one that preserves the option to do things that wouldn’t fit with the outcomes venture investors need,” Fishkin wrote.

Fishkin noted that the traditional VC model still works for some startups and founders, like those that need to spend lots of money on a high-risk idea. But he’s optimistic that there are other financing routes which help increase the chances of startup success, for all parties involved.

Another way SparkToro is different: it doesn’t plan on hiring any employees for the next six-to-nine months, despite the cash infusion. The startup also won’t rent office space and will keep its data and computing costs low.

“We want to reserve as much of this round as possible to enable ramp-up costs if and when our product launches and, hopefully, earns traction in the market,” Fishkin wrote. “We’re also cognizant that many things could delay our launch, or that we might need a long time to polish and adjust our product to be truly valuable. This funding round will give us the freedom to make sure that the public V1 is impressive, even if it means doing a lot of private beta testing of an MVP.”

Fishkin long-touted the value of transparency during his 17 years at Moz — it’s also the backbone of his new startup advice book, Lost and Founder — and he’s carrying that forward at SparkToro. He made the company’s investing documents public here, with the hope that other founders can follow a similar strategy.

Fishkin encouraged founders to not be “irrationally biased to the venture capital, classic Silicon Valley path” when he stopped by the GeekWire offices last month.

“These types of companies that have slow, progressive growth are awesome, too,” he explained in the video below. “In fact, one of the weird, dark, dirty secrets of the startup world is that a lot of times, founders and employees make a lot more money with [slow growth companies] than they do with [hockey-stick growth companies]. Venture capitalists, not so much.”