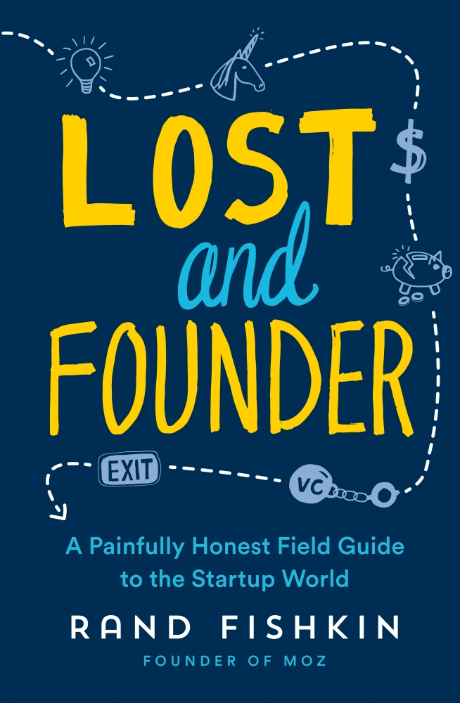 The co-founder and former CEO of Seattle-based marketing technology startup Moz is known for publicly sharing information that many others would keep under wraps, such as company financials, internal startup struggles, and fundraising failures. Even more than the crazy mustache that he grew when Moz was trying to become profitable again, this transparency is one of his defining traits as an entrepreneur — and it makes for a compelling read, as well.

Fishkin’s new book, “Lost and Founder,” was released on Tuesday, and it lives up to its subtitle, “A Painfully Honest Field Guide to the Startup World.”

It starts in the opening chapter, when Fishkin explains how he came to believe in this principle of transparency. In the early days of the company, with debt collectors on his trail, he and his co-founder, his mom Gillian Muessig, hid the company’s financial struggles from his dad — ultimately contributing to a rift in the family.

“If you ask me why I’m so open, so bluntly honest about things that the startup ecosystem and business culture usually urge us to keep silent, this is why,” Fishkin writes in the book. “I’m done with the pain of secrecy, happy to trade it for the challenges transparency brings.”

Fishkin joins us on this episode of the GeekWire Podcast for a conversation on topics including the new book, his tips for startup founders, the internal conflict that preceded his recent departure from Moz, and his goals and ambitions for his new startup, Sparktoro.

He wrote the book as a “cheat code” for startup founders — including inside tips on to get an investor to pay attention to your startup, how to find top software engineers, the downsides of minimum viable products and, yes, even how to game the popular tech news aggregator Hacker News. (For starters, he writes, be sure to get up-votes from a wide variety of geographies.)

But transparency is what makes it authentic.

“I don’t think transparency is a tactic,” he tells us. “I think it’s a value, and a value means that you are willing to sacrifice positive business outcomes in exchange for adhering to the value. So if you say we value kindness here, or we value productivity here, it means you’re willing to trade off things that could be more optimal for the business in exchange for living up to that value.”

Listen to the episode above, download the MP3, and continue reading for highlights from Fishkin’s comments. Also see this special GeekWire “Whiteboard Friday” video featuring his startup tips, in the spirit of the explanatory video he has recorded for Moz for many years. 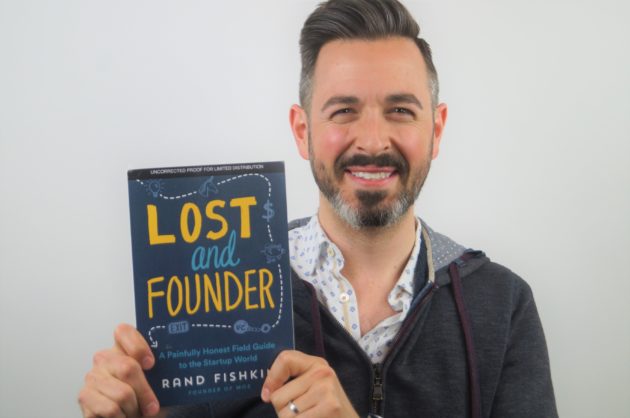 Downsides of the minimum viable product: “Many, many companies that could be awesome instead release products that are just subpar, they’re not good enough. … The philosophy is like, hey, we’re putting out this new tool. It’s not great yet, but it solves this pain point and six months from now, a year from now, two years from now, it’s going to be even better. No one pays attention to that. No one cares. They go, ‘Is this better than anything else I can get in the market right now? No? Not interested.’ ”

Hiring for culture fit vs. initial performance: “Someone who’s a great culture fit can improve their performance. That’s pretty much the whole human experience. We improve our performance. I’m slightly smarter this week than I was last week, hopefully. If I chop wood for six weeks, I’ll probably know how to actually chop wood. I don’t know how right now. But the ability to improve your culture match, your culture fit, your belief in the values, that is way harder. Not impossible, but way, way harder. And so if you bias toward keeping those people who are amazing fits on the culture side and improving their skills in a couple of years, or maybe even just a few months, you’ll have someone absolutely remarkable on your team.”

If you bias toward keeping those people who are amazing fits on the culture side and improving their skills in a couple of years, or maybe even just a few months, you’ll have someone absolutely remarkable on your team.

Is an online economy sustainable if it relies so heavily on generating personal data for marketers? “I wish it wasn’t, but I don’t think Americans actually care. I think the sad truth is that we don’t give two craps about privacy. We only care about, “Did you help my side win or lose an election?” … Because it fits conveniently into a current political narrative, it’s in the news and the center of attention. Very frankly, if Hillary had won, I don’t think anybody would be looking at it at all. I suspect we’d never even have heard of Cambridge Analytica. It just passed totally under the radar. I don’t think Americans are ready or willing to care about their privacy, and I think we are very happy to trade a lot of privacy and private data for free even if it actually ends up costing us a lot. Facebook is very good at advertising to us and making us spend money through the sharing of that personal data.”

His regrets about founding a company so early in his career: “I wish I could’ve spent three or four years at a few companies just to see what it’s like. Because it’s so hard to know how to execute, and all these challenges that you’ll face, unless you’ve seen it somewhere else and you know what you like and don’t like, and you start to build a little bit of a network. Very frankly, the network my mom and I had when we were doing Moz, it all came through the blog. There was nothing else. If I could have had a few people’s shoulders to lean on in the professional world in those early years, I think that would’ve made a big difference. Because people who have been through this more than once, they can share those cheat codes with you. They can tell you, ‘Oh, you’re trying that. Yeah, we tried that. Give this a try instead.’ That’s huge.”

Why he decided to start another company: “I have a lot to prove. Very frankly. It’s not the most emotionally healthy motivation in the world. But that’s the real answer, that I feel like I have to prove that I can build a great, exciting company and that I don’t have to follow this railroad path. That’s a weird thing to say, but you know, there’s a few people in this world who, I want them to look and go, ‘Oh damn, he is kind of good at this. Maybe we made a mistake.’ I want that to happen. I don’t know if that’ll actually happen. Even if I do build a great company, I don’t know if that’ll happen, but in my mind that’s why.”

Listen to the full episode above. “Lost and Founder” is available here.