Microsoft rolled out several new Azure services Wednesday at the GeekWire Cloud Tech Summit, making a key part of its edge computing strategy generally available and expanding its presence in one of the toughest cloud markets on the planet.

We are trying to build a platform that extends Azure and all the tools developers rely on like microservices, containers and machine learning models out to these edge devices.

Azure CTO Mark Russinovich plans to announce the official arrival of Azure IoT Edge and introduce a new cloud data storage product in a Microsoft blog post this morning. If you’re reading this post in the first 35 minutes or so after it went live, I am currently talking to Russinovich with GeekWire co-founder and editor Todd Bishop on stage at the Meydenbauer Center in Bellevue, Wash., about the new developments, which is one of the weirdest things I’ve ever written.

Azure IoT Edge, first unveiled last year at Microsoft Build, allows companies that are experimenting with the industrial internet and the other parts of the internet of things to manage far-flung devices through their Azure accounts. It’s now available for anyone to use, and as promised at Build 2018 the runtime is now available on Github, Microsoft’s most recent acquisition, as an open-source project.

“We are trying to build a platform that extends Azure and all the tools developers rely on like microservices, containers and machine learning models out to these edge devices,” Russinovich said at the Cloud Tech Summit. 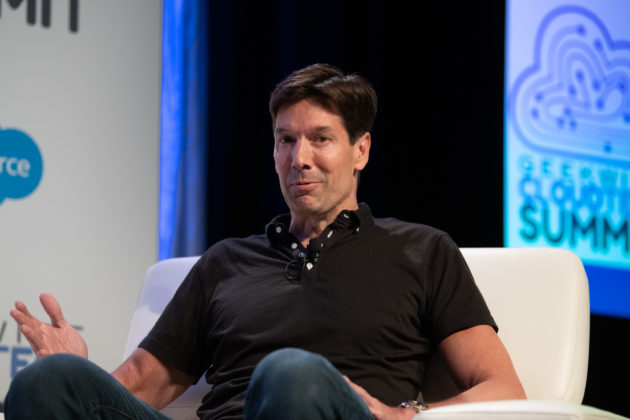 The service is also adding support for the Moby Project, the open-source container project that is the basis of Docker’s commercial container products. The idea here is to give developers a way to package applications once — for cloud services or edge devices — and deploy them across their networks, Russinovich said in an interview with GeekWire earlier this week.

“It’s part of our overall vision of consistency from the cloud out to the edge,” Russinovich said this week, carefully linking Microsoft Azure’s “intelligent cloud” and “intelligent edge” marketing mantras in a single statement. “Because so many software packages are now delivered as containers, you can take advantage of those packages now out on your edge devices,” he said.

Microsoft is also introducing a preview version of Azure Data Lake Storage, which the company said blends the benefits of cloud-based object storage with the performance usually associated with on-premises storage.

And the second-leading public cloud infrastructure player is also introducing two new regions in China on Wednesday, doubling the number of cloud regions it offers the country. The new regions will increase capacity in both Beijing and Shanghai, and will be run through local partner 21Vianet in keeping with Chinese law.