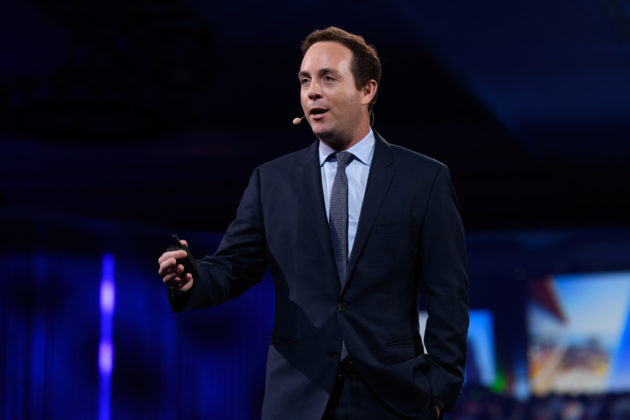 Zillow CEO Spencer Rascoff made close to $7.9 million between base salary, stock options and other compensation in 2017, a figure that represents 65 times the median employee salary and benefits.

Companies now have to break out the ratio between CEO and median worker pay for the first time this year, thanks to a set of rules that date back to the Dodd–Frank Wall Street Reform and Consumer Protection Act passed in 2010. The rules went into effect for the first fiscal year after Jan. 1, 2017, which means the disclosure is appearing in annual financial documents in 2018.

The disclosure came as part of the company’s annual proxy statement released earlier this week. Zillow finished the year with 3,172 employees, up from 2,776 in 2016, and the median employee made $121,790.

“Our employees are our most important asset and they are key to our success as a company,” the company said in a statement. “We focus on attracting and retaining high-quality people at every level as we continue to grow. We had a fantastic year in 2017 that exceeded $1 billion in revenue for the first time. We’re proud to offer great benefits and competitive compensation.”

Executive compensation firm Equilar in February conducted an anonymous survey of 356 public companies to gauge CEO pay ratios they planned to report in their proxy statements. The survey found the median CEO to worker pay ratio was 140 to one.

Zillow’s ratio of 65 to one would be among the top 25 percent of lowest gaps between workers and the chief executive, according to the survey.

In 2017, Zillow made a couple acquisitions to bolster its position in the competitive New York market and dominate new construction marketing. Zillow also made its first-ever investment in a startup last year, leading a $10 million Series A round for Hutch Interiors, a Los Angeles-based startup that has developed a home design mobile app.

Zillow launched and expanded its Instant Offers initiative, which connects homeowners to offers from investors as well as a comparative market analysis from a local real estate agent. The company also launched a new site called RealEstate.com aimed at younger home shoppers that puts budget concerns front and center.