New York. Paris. Milan. U Dub? When rattling off the fashion epicenters of the world, the University of Washington in Seattle might not exactly run away with your runway expectations, but a Thursday night event sure dressed the part.

In an effort to showcase the intersection between technology and fashion, and to attract more women to the diverse potentials of tech, the fashion show was the brainchild of Tech++, a 3-year-old registered student organization at UW.

Trisha Asar, a junior majoring in informatics at UW, is president of Tech++, and she said the goal of the group is to empower women by helping to change the definition of what technology is and who is associated with it. Tech+ puts on a number of events, with the fashion show being the largest.

“The aim is to show women in fashion and women in technology that technology doesn’t have to be just strictly technology,” Asar said. “A large portion of it is aimed toward women who are kind of interested in technology but they don’t want to be that computer scientist sitting behind a computer all day long.”

While there weren’t any robots or drones coming down the runway, some of the wearables showcased were certainly tech devices, including Fitbit, Apple Watch and Apple AirPods, other items that came down the runway found their connection to tech through materials that were used in their construction that may not be typical in the fashion industry, such as LED lights, latex or 3D printed and laser-cut items.

Seattle startup Safkan Health took part in the show, sending a model out with its OtoSet headphones which are designed to professionally clean a user’s ears. The company just raised a $1 million seed round and co-founder Aadil Diwan, CTO of Safkan, attended the fashion show.

Diwan said FDA approval is pending for OtoSet, and that the company hasn’t done a great deal of marketing yet, but the Tech++ mission is one that the company supports and the fashion show was a great opportunity to show off the product.

More than 100 people filled the Intellectual House on the UW campus and a student jazz band entertained the crowd before a DJ took over for the runway show, as female and male models showed off a variety of fashions.

Check out more of the scene in the photos below: 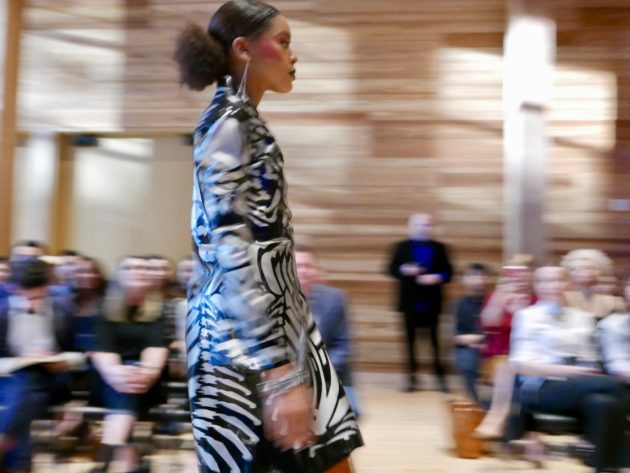 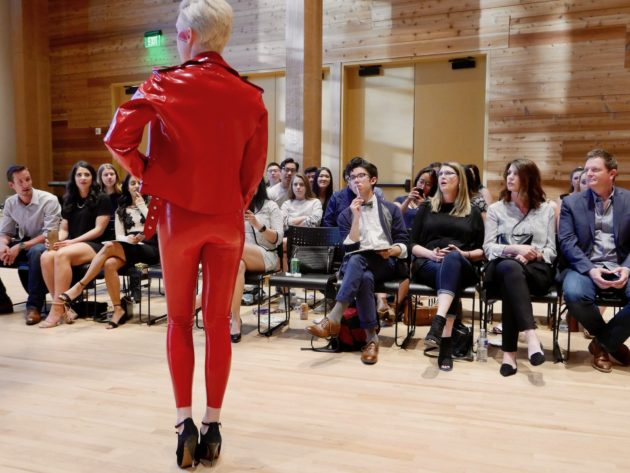 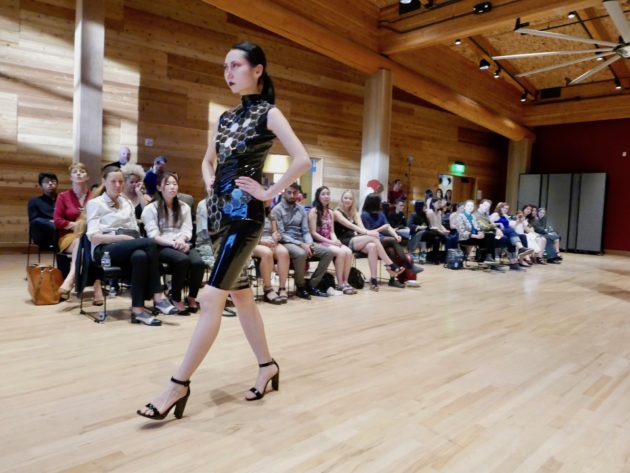