Madrona Venture Labs is adding some entrepreneurial firepower to its leadership team. 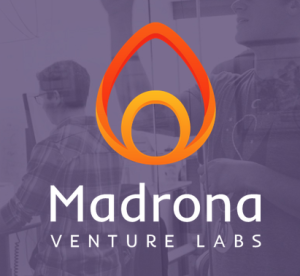 Elowitz is a long-time Seattle entrepreneur. In 1999, he co-founded online jewelry retailer Blue Nile, which sold for $500 million last year; he also founded social TV company Wetpaint in 2005 and sold it to Viggle for $30 million.

Elowitz spent the past few years as a self-described “startup rabbi,” consulting, advising, and investing in various startups up and down the West Coast. Madrona Venture Labs CEO Mike Fridgen — who will now co-lead Labs with Elowitz, along with CTO Jay Bartot — reached out to the startup vet earlier this year about joining the studio.

“There’s a whole team of people here who come in everyday and think about how to create extraordinary companies,” Elowitz said. “That’s what got me hooked — the idea of not only having the kind of impact I already have on companies, but actually be apart of building an organization that keeps building more and more of them and gets better every day.”

Founded in 2014, Labs takes ideas and turns them into companies by way of recruiting, product development, financial investment, and more. The studio, which is bankrolled like a typical Madrona portfolio company, has spun out six companies in the past four years, including MightyAI, Essential, Domicile, Spruce Up, MessageYes (acquired by Nordstrom), and Rep the Squad, which shut down this week. It will announce another company in the coming months.

Labs will also soon launch its own accelerator in Madrona’s new 20,000 square-foot floor that opens later this summer underneath its existing downtown Seattle office. Elowitz will help manage the accelerator, which will mimic the studio but focus on already-established teams. Participating companies will receive a $100,000 investment and have access to resources from Labs, from startup coaching to connections to investors.

“Founders love working with Ben,” noted Fridgen. “He challenges them, he supports them, he helps them be better. That’s at the heart of what we’re all about.”

Fridgen said he expects the 10-person Labs team to help spin out startups more rapidly than in years past, given the addition of Elowitz and the new accelerator. He added that the studio will focus more on “vertical” machine learning and artificial intelligence startups, as explained in this blog post.

The accelerator is Madrona’s latest initiative that goes beyond its traditional investment model. In addition to Labs it also runs a “Madrona Pioneers” program, consisting of a small group of angel investors in the region that essentially operate as a feeder system to Madrona. Labs is also now hosting hackathons and pitch sessions as a way to attract entrepreneurs and ideas.

In Seattle, there’s also Techstars, which operates a similar 3-month accelerator that provides $120,000 in funding to each startup and access to the organization’s global network.

Labs hopes to capitalize on the amount of talent in Seattle’s tech ecosystem.

“The amount of energy from people in Seattle right now is so above and beyond,” Elowitz said. “People have this aspiration to want to start a company.”