SeaChange has a new name and a new fund.

Formerly known as Seattle Angel Fund, the group today announced a $4.6 million raise for its fourth fund. SeaChange Fund will invest in eight new early-stage startups across the Pacific Northwest, with an average investment of $500,000 to $600,000.

The fund was raised in less than three weeks, far less than the typical four-to-six month timeline, signaling strong investor interest in SeaChange’s newest crop of startup investments. It’s also the largest fund yet for SeaChange, which launched in 2015, and more than double the size of its third fund.

Investors in the fund mostly hail from the Pacific Northwest and have a mix of backgrounds — everyone from longtime Amazon and Microsoft execs to CEOs of smaller companies. There are nearly 100 investors participating in the new fund.

“It’s a really great next step forward for us as we grow and mature and become what we hope to be a very significant force in the Pacific Northwest for early-stage companies,” she said. 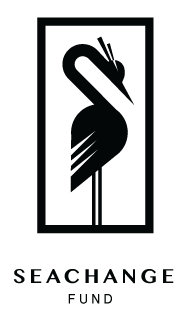 Preston said the firm uses a blend of venture capital and angel investing strategies. It does group analysis with its angels who participate in due diligence for one month, but also applies a full-time fund management process. SeaChange also focuses on post-investment engagement with its companies, whether that’s taking board seats or helping mentor entrepreneurs.

The firm is market neutral, but a majority of its investments are in tech startups working across a variety of industries. Portfolio companies include startups like Ad Lightning, BluHaptics, C-SATS (acquired by Johnson & Johnson), Keepe, Matcherino, and Utrip.

SeaChange has invested more than $5 million in 15 early-stage Pacific Northwest startups across seven industries over its three-year history. Its first fund has returned $3 for every $1 invested.

Preston, a former GeekWire Geek of the Week, has been an angel investor since 1999. In the time since she has held senior positions at private and public companies; been a partner in three law firms; served on the founding boards for Angel Capital Association and Angel Resource Institute; written two books on angel investing; and taught and consulted around the world on angel investing and early-stage investment structures.

Preston has two colleagues who help manage the fund.

SeaChange is part of a growing number of early-stage investment groups popping up across the Pacific Northwest, particularly in the past few years. Two new Seattle-based firms, Flying Fish and Pioneer Square Labs, recently reeled in their first funds. Other longstanding venture firms like Madrona and Voyager also raised new funds this year.

The Seattle region has been long-criticized for its lack of angel and venture capital dollars, particularly given the available talent across the region.

“Wouldn’t it be great if a company was funded all the way to profitability and exit with just local money?” Preston said. “I really want that to happen.”