Complementing the new iOS 12, Apple introduced the latest version of its operating system for desktop computers and MacBooks at its Worldwide Developer Conference Monday.

The new macOS Mojave has a lot of features found elsewhere that customers have been demanding Apple add to its operating system. Dark Mode turns everything from the desktop background to windows to a darker hue, better for people editing photos, writing code or working late at night.

Along the same theme, the desktop background under Mojave shifts based on time of day, a feature Gmail users will recognize. 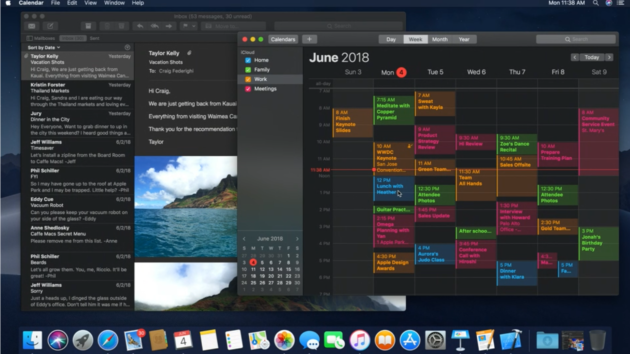 A big trend among the update is adding more capabilities to the ways Apple users quickly interact with documents and photos, like the ever-present Finder window. Apple has added several simple actions users can perform without having to leave Finder, such as rotating and cropping photos. Users also have the option to build their own quick actions, such as adding a watermark to a photo, and add it to Finder. A new gallery viewing option for Finder shows a huge preview version of a photo or document, with thumbnails scrolling below.

Quick Look, the action that lets users preview photos and documents by hitting the space bar, is getting some updates too. Without exiting Quick Look, users will be able to mark up documents by adding a signature, for example, or do slight photo and video edits. 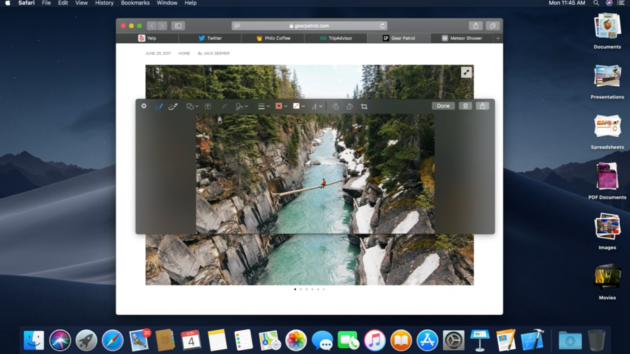 Screenshots are an important tool on Mac computers, and the way we’re getting our photos for this story, and Mojave offers some upgrades in that area. Screenshots are taken the same ways as before, but the images show up in a small window on the side of the screen and can be brought up easily for quick edits. The screenshot function also lets users record small snippets of videos as well.

Some key iOS apps — News, Home and more — are coming to macOS through a redesigned app store. That is part of an overall internal effort to bring the experience of building apps for macOS and iOS closer together. That said, despite the popularity of the iPhone and iOS, macOS isn’t going anywhere.

“We love the Mac, and macOS is explicitly created for the unique characteristics of Mac hardware,” said Craig Federighi, senior vice president of software engineering for Apple.

The new macOS, along with iOS 12, will roll out this fall, and a beta edition for developers is coming this week as part of WWDC.