Prime customers in Austin, Cincinnati, Dallas, and Virginia Beach can now have their Whole Foods groceries delivered by Amazon in two hours for free, or within one hour for $7.99, for orders of $35 or more. The new service is available daily from 8 a.m. to 10 p.m. 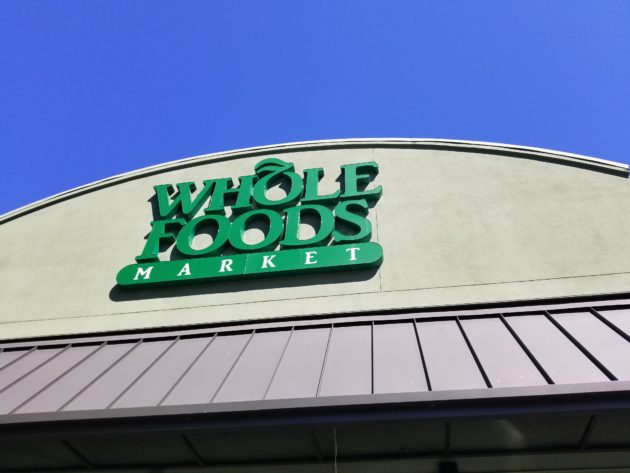 Bloomberg reported last year that Whole Foods, an Instacart investor, had inked an exclusive delivery deal with Instacart that reportedly has three years remaining. Instacart, which announced deals with Albertsons and QFC in recent months, will continue to offer its service from Whole Foods stores.

“When Amazon bought Whole Foods, what they did was they sent the signal to the entire grocery/retail landscape that Amazon was coming,” Instacart CEO Apoorva Mehta said at the GeekWire Summit in October. “Now, for every single grocery retailer at this point in time, whether they believed it or not before, now they needed an e-commerce strategy. They needed to have same day delivery. The reality was, for the last five years, that’s what we have done. We have brought hundreds of grocery retailers online, and so we had the track record of being able to do this successfully.”

The Wall Street Journal noted that Whole Foods employees will pick grocery orders from the shelves before sending them off to a Prime Now delivery driver.

Amazon will expand its Whole Foods delivery service across the U.S. later this year. It already partners with other local retailers to deliver goods via Prime Now.

Expect to see more integration between Amazon’s technology and Whole Foods. Amazon offered discounts to Prime members (who pay $99 per year) in November.

The company last year added hundreds of Whole Foods items to AmazonFresh, its own grocery delivery service that launched more than a decade ago, after the acquisition. There is also now a Whole Foods online storefront on Amazon’s website.

The initial impact Amazon had on Whole Foods was price-lowering — various in-store Whole Foods items like salmon, avocados, apples, and more were discounted when the deal closed.

Amazon rolled out a food delivery option in Seattle in 2014 via its Amazon Local service but has since folded it into the Prime Now app.