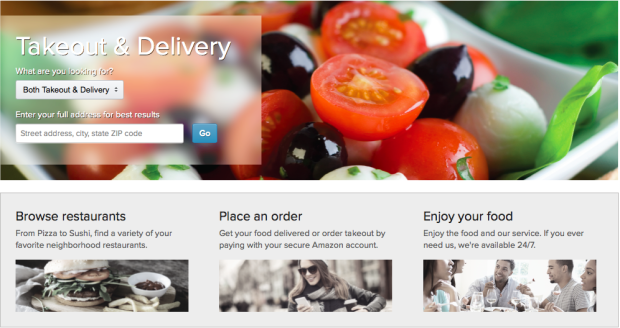 Craving some late night takeout? Amazon now has you covered — at least in Seattle. The company added food delivery to its Amazon Local service this weekend while people were busy sleeping off their Thanksgiving feasts, and now offers customers in Seattle the ability to order food from local restaurants and get it brought to their door.

According to the Amazon Web site, customers can now order meals from Palermo Pizza in Capitol Hill and Pita Bite in downtown and Samurai Noodle in the U. District, among others. The launch of restaurant delivery puts Amazon in competition with a host of services, including Grubhub, Peachd, BiteSquad and Postmates. In fact, we recently asked whether a bubble is forming with all of these food delivery services. 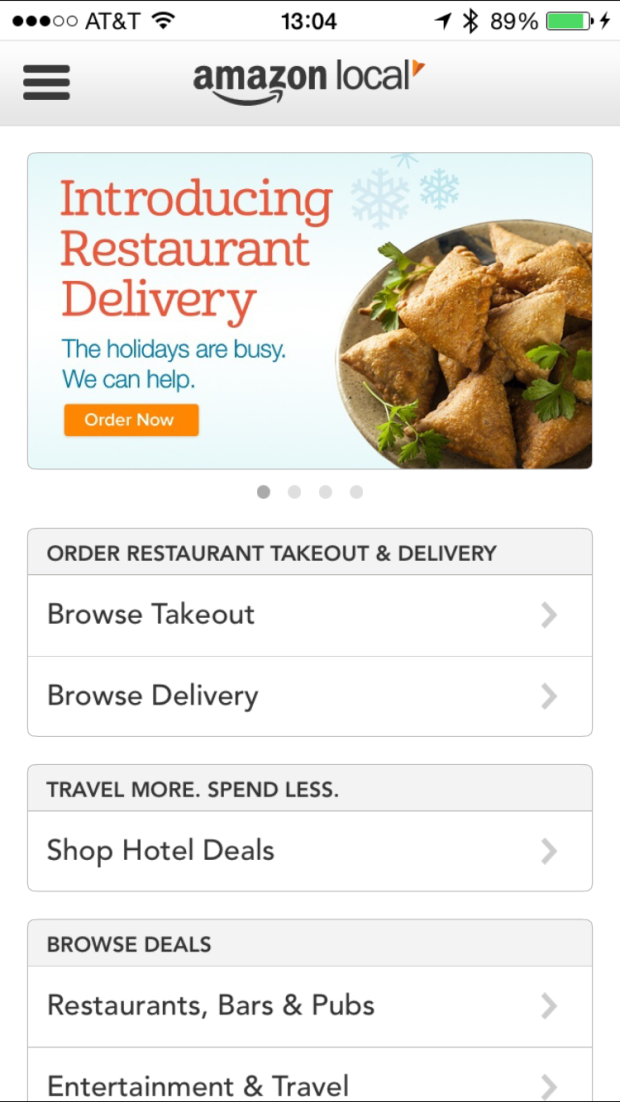 People can access the service through the Amazon Local website or the company’s Amazon Local mobile app, which also offers people Groupon-style daily deals from other businesses and the ability to order food for pickup. Amazon isn’t doing any of the delivering, it seems – the couple of delivery places I called already offer delivery as a part of their normal business, and they are just selling food through Amazon Local.

You can’t tell how many restaurants are signed up for the service in Seattle.

The launch of restaurant food delivery comes almost five months after Amazon rolled out support for ordering takeout through Amazon Local, though people who use that service have to go and pick up the food themselves. It’s a move by the Seattle-based online retailer to get an even bigger piece of local business around the country, especially as more tech companies spring up to offer food delivery through an app.

Amazon is making big plays in the food business, between its offerings through Amazon Local, and Amazon Fresh, the company’s grocery delivery service. The company recently expanded Fresh’s reach to the east coast, launching in Brooklyn earlier this year. Last month, a report surfaced claiming that Amazon also has plans to expand to Philadelphia in the near future.

Previously on GeekWire: Food on demand: We tested 7 meal delivery services, and here’s who came out on top