No more post-holiday party or summer picnic for Amazon’s 45,000 employees in Seattle.

Amazon has canceled two massive employee celebration events as the company’s workforce continues to swell in its hometown, according to an internal message to employees this week that was obtained by GeekWire.

The tech giant is replacing the events with a new “Post-Prime Day Celebration Concert” this summer following Prime Day, an online shopping extravaganza and Amazon’s own holiday of sorts. The date for the new concert and additional details — including performers and location — were not known.

For 20 consecutive years, Amazon held a post-holiday party for employees and their guests in Seattle, purposefully scheduling the celebration for after the peak shopping season. It was initially hosted at venues including the Sheraton Hotel, Westin Hotel, EMP and Museum of Flight.

But in recent years as Amazon added thousands of new employees, the event turned into a giant carnival at CenturyLink Field and Event Center with big-name musical performances. Around 25,000 people showed up for the 2017 party which featured pop band DNCE; around 40,000 attendees went to this year’s holiday event starring New Zealand singer Lorde. 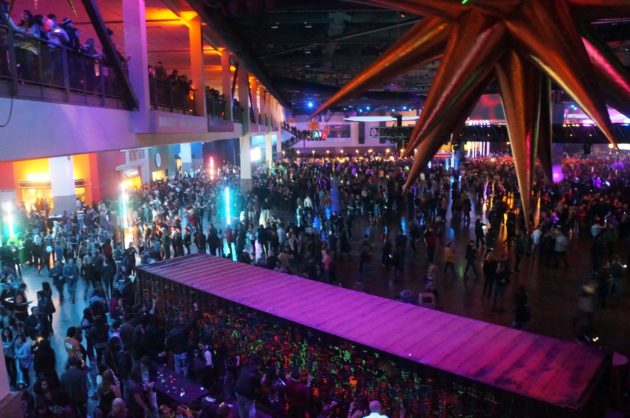 The summer picnic was also held at CenturyLink Field and drew similar attendance. Last year’s event was billed as “Camp Amazon,” with everything from a live reptile show to laser tag to climbing walls.

Amazon decided to cancel the holiday party and summer picnic this year based on its continued growth, as well as employee feedback.

“Now that we have more than 45,000 Amazonians in Seattle, we are evolving our employee events to ensure we can offer a great experience for the large number of employees who attend these celebrations. New this year, we’re excited to announce a Post-Prime Day Celebration Concert for employees coming later in the summer,” Amazon said in a statement.

Now that we have more than 45,000 Amazonians in Seattle, we are evolving our employee events to ensure we can offer a great experience for the large number of employees who attend these celebrations.

Amazon’s decision to cancel both the holiday party and picnic reflects the tech giant’s growing footprint at its headquarters, which now spans more than 35 buildings.

Amazon’s growth is at the center of the debate over Seattle’s head tax on the city’s top-grossing companies. The City Council on Tuesday repealed the tax after pushback from big businesses, including Amazon, which had temporarily paused construction on a new office tower.