Amazon is adding more interactive features to its NFL game streams online, leveraging Prime Video features and its Twitch platform to give fans a new way to watch live football.

As part of a two-year deal with the NFL, Amazon is streaming all 11 of its Thursday Night Football streams on Prime Video this season, starting with the Rams vs. Vikings game this week.

The NFL streams, powered by Amazon Web Services, will be available to more than 100 million Amazon Prime members worldwide in more than 200 countries and territories on the Prime Video app for TVs, game consoles, and connected devices, which includes Amazon Fire TV, mobile devices and online. For the first time, the games will also stream on Amazon-owned Twitch.

Amazon announced Wednesday that it will use its X-Ray feature, which overlays relevant info on streaming TV shows and movies, on top of the live games viewed via Fire TV devices. Stats, past plays, team info, and an e-commerce store will be shown.

The Twitch streams will offer something similar with “Extensions,” which is Twitch’s own version of X-Ray that provides quick access to stats and other info on top of the stream. Twitch will also let viewers guess different plays with a real-time leaderboard to show who’s best at predicting the games. 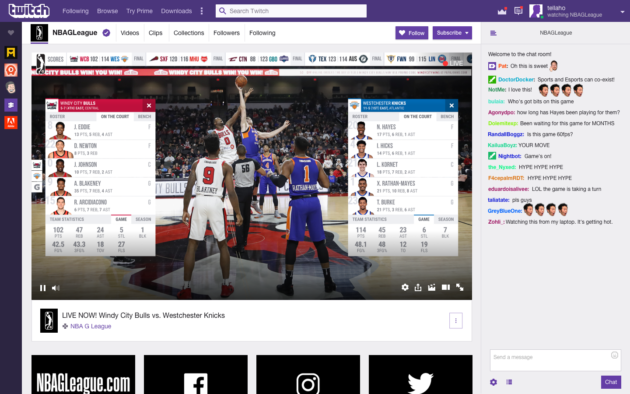 The Extensions feature will roll out later this NFL season.

The Twitch streams will also have co-streaming with popular streamers. For the first game this week, GoldGlove will provide his own commentary, appearing as an overlay on the live NFL stream.

In addition, Twitch made custom emotes for the NFL games. Emotes are small emoji-like “instantaneous reactions in the right sidebar,” as Polygon explains. 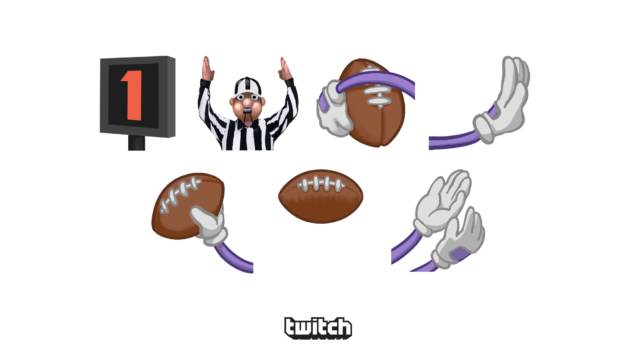 Amazon’s experiments with added enhancements will be a good litmus test to see if sports fans prefer to watch live sports in this manner — with a bit more clutter, but more information — versus the traditional broadcast. It’s something I wish Twitter did more with its NFL streams, beyond showing relevant tweets adjacent to the game feed.

Others have dabbled with something similar. Comcast’s X1 Sports app, for example, shows stats next to live games.

By leveraging fan commentary, new technology and a passionate community, Twitch elevates video in a unique, engaging way that resonates with young viewers.

“Our deal with Twitch will be groundbreaking,” NBA G League President Malcolm Turner said in a statement last year. “By leveraging fan commentary, new technology and a passionate community, Twitch elevates video in a unique, engaging way that resonates with young viewers. We look forward to collaborating with their team to create something truly special for basketball fans.”

This is Amazon’s second consecutive year streaming Thursday Night Football games in partnership with the NFL. Amazon took the reigns after Twitter’s one-year shot at the effort in 2016 and will stream games for the 2018 and 2019 seasons. Last year’s deal was for a reported $50 million.

The NFL streaming deal is part of Amazon’s growing video arm that includes the company’s Prime video library; its Amazon Studios production unit; and other sports-related live streaming deals. Amazon spent $4.5 billion in 2017 on video content as it competes with Netflix, Hulu, and others in the streaming industry.

It’s also part of Amazon’s continued push into sports. It has several other live streaming deals with top leagues around the world and produces the All or Nothing sports documentaries available to Prime members. Amazon also recently hired longtime ESPN executive Marie Donoghue.

There are multiple audio options available in addition to commentary from Kremer and Storm, including a feed from the Fox TV broadcast with Joe Buck and Troy Aikman and two others in Spanish and U.K. English.

Across 10 games last season when GeekWire checked in on the technology behind the effort, Amazon attracted more than 17 million viewers, or an average of 1.7 million per game.