But developing and implementing the technology required to stream live sports over the internet to millions of viewers in more than 200 countries at the same time is no easy task — and Amazon, for the most part, scored a touchdown with its first attempt at live football.

The Seattle tech giant last week streamed its 10th Thursday Night Football game as part of a deal worth a reported $50 million it signed earlier this year for the rights to stream the games. The NFL made a similar deal with Twitter last season, reportedly for a much cheaper price, as it tests new ways for fans to watch games as more and more cancel their cable subscriptions.

Across the 10 NFL games — Amazon will also stream the Steelers vs. Texas bout on Dec. 25 — the company has attracted more than 17 million viewers, or an average of 1.7 million per game, which is slightly down from Twitter’s numbers last season.

One caveat to the comparison is that Amazon requires a $99/year Prime membership to access the stream; Twitter offered it free to anyone with an account. Amazon also reported that its “average-minute audience” was 23 percent higher than Twitter. In other words, more individual users tuned into the stream on Twitter last season for at least a short amount of time, but Amazon’s stream attracted more people, on average, who stuck around to watch the game for a longer period of time.

GeekWire spoke with BA Winston, global head of digital video playback and delivery for Amazon Video, and Keith Wymbs, chief marketing officer for AWS Elemental, to learn more about how Amazon was able to deliver the Thursday Night Football stream to 600 different types of devices with little-to-no lag or delay compared to the traditional TV broadcast.

“Looking back, it was quite hard,” Winston said. “But at the same time, we are very pleased to be able to offer a good experience to our customers and it’s super exciting to see what we can do in the cloud when it comes to sports.”

Amazon’s cloud computing technology — which brought in $4.6 billion in revenue last quarter — is the primary reason it was able to deliver a smooth stream. The effort got off to a poor start in September and had a few hiccups along the way but overall performed well for the end user. The stream was available via the Prime Video app, Amazon’s website, and its Fire TV, Fire tablet, and Echo Show devices.

The chart above shows Amazon’s live video workflow, which uses tools from both Amazon Web Services and AWS Elemental, formerly known as Elemental, a Portland-based video processing startup Amazon acquired for $296 million in 2015.

“Everything from the source, all the way through to the consumption that happens on devices for viewers, is enabled in an underlying cloud-based technology,” said Wymbs, who joined Elemental in 2010. “It’s utilizing Amazon Web Services and built with a full set of redundancy to deliver an experience to the end user that’s even better than broadcast.”

It starts with the taking the production feed from broadcasters like NBC and CBS, and funneling it through two AWS “regions” and various AWS Elemental services like Live, which encodes live video for different devices, and MediaTailor, which helps personalize and monetize video content with server-side ad insertion. 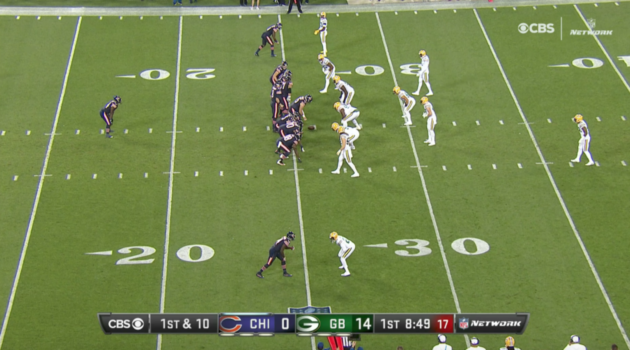 There are also tools like policy management and DRM, which ensures video can stream appropriately in different countries, or Amazon Cloudfront, which helps deliver video with low latency and high transfer speeds.

“It’s not just one component that makes it happen,” Winston noted. “It’s an end-to-end architecture that is critical to providing a high quality, reliable service.”

Much like its other AWS technologies, Amazon sells these services to other customers that want to stream video, too.

Streaming live video isn’t a new phenomenon, but Amazon did add some unique features to the NFL streams. For example, it offered three alternate languages — Spanish, Brazilian Portuguese, and U.K. English — for live announcer commentary, in addition to the U.S. English feed.

Streaming live sports in the cloud versus airing it on a TV broadcast provides a company like Amazon or a league like the NFL new possibilities for personalization that could increase engagement and revenue. You can envision Amazon integrating its e-commerce platform into the live feed, for example, selling merchandise to fans during games or targeting ads based on data the company has on each Prime member.

“It definitely provides us with a level of flexibility we need to be able to personalize the service for a customer,” Winston said of the cloud. “You can’t really personalize every single cable stream — that doesn’t scale.”

Wymbs said the shift from traditional cable television to IP-based streaming is “indicative of the way things are going to be in the future, to a certain extent.”

“Without an underlying cloud platform, it’s very difficult to deal with the volume, variety, and velocity of change that’s happening in the video industry,” he said. “It provides a more nimble, agile, and globally scalable solution. The bar is being set by folks innovating in the industry — Netflix, Hulu, Amazon Video — all of which use the cloud underneath a lot of their operations.”

Amazon’s NFL deal also went beyond the live streams, as the company’s branding was all over the league’s Red Zone production on Sundays. Amazon also last month announced a partnership with the NFL to power its Next Gen Stats platform.

It’s unclear if the NFL will ink another live streaming deal with Amazon for next season; it’s also not totally clear if Thursday Night Football will continue.

Regardless, this was a glimpse into what could be the future of watching live sports — via the internet, with a personalized feed and advertisements, and interactive features. Sports streams online could look a lot like what Amazon’s Twitch is doing with NBA G League games this season.

Our focus is on bringing customers the best premium video programming, when and how they want to watch it.

And Amazon, which recently signed a deal with ATP Tennis, isn’t the only company with streaming capabilities, a large audience, and cash to spend on content rights. Facebook and Google could also be key partners for top pro leagues as their broadcast TV deals expire in the coming years.

ESPN, meanwhile, will launch a subscription streaming service next year that will be like Netflix with a sports focus.

Amazon, now worth $570 billion, does have certain advantages — millions of Prime members and a worldwide reach are a few. It expanded its video service to more than 200 countries last year, making the platform a more attractive option for leagues looking for a global audience. The company also streamed a live concert last year, signaling its streaming ambitions beyond sports.

The reported $50 million price tag for Thursday Night Football — which isn’t exactly “primetime,” but is live NFL nonetheless — isn’t as eye-popping when you look at what Amazon is spending for other content rights. For example, it reportedly paid $250 million to acquire the popular Top Gear show for its Prime audience.

“Our focus is on bringing customers the best premium video programming, when and how they want to watch it,” Jeff Blackburn, senior VP of business development and entertainment at Amazon, said in a statement in April. “Streaming Thursday Night Football on Prime Video is a great step for us toward that vision, and offers tremendous new value for Prime members around the world. And we’re thrilled to extend our ongoing content relationship with the NFL – the gold standard for sports entertainment – on behalf of our Prime customers.”

A new report from Juniper Research predicted that Amazon is poised to become a live sports powerhouse as soon as next year.

“Amazon’s key card here is Amazon Prime,” according to the report. “Not only would it gain revenues from new Amazon Prime customers joining mainly for the football, but additionally revenues derived from retail sales by those customers via the Prime channel. This significantly reduces the number of new customers it would require to cover the costs of a rights package.”

Amazon’s dalliance into sports streaming also represents another benefit for Prime members and gives customers another reason to sign up for the program, which offers free two-day shipping, cloud storage, and many more benefits. An analysis in July from Consumer Intelligence Research Partners estimated the number of Prime members in the U.S. at 85 million, making up well over 50 percent of the company’s U.S. customer base. CIRP also noted that Prime members tend to spend more with Amazon than non-members.