Now we know how much Amazon paid to acquire Elemental Technologies.

In an SEC filing posted on Friday, Amazon revealed that it completed its acquisition of the Portland-based video processing company on Oct. 19 “for total consideration of approximately $296 million.”

That’s close to the $330 million number we reported when the deal was announced last month. Some reports pegged the purchase price as high as $500 million.

Founded in 2006, Elemental helps big media entities like HBO and ESPN seamlessly process video content across a full slate of mobile devices. The company enables more than 700 clients take video that was destined for legacy video distribution systems — IPTV, managed cable network, broadcast over the air, or satellite delivery — and convert that video for delivery over IP Internet protocol networks to multiscreen devices. 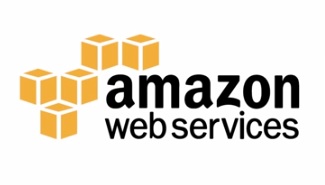 Elemental and Amazon have already been partners for the past four years. With the acquisition, Amazon will combine “Elemental’s video solutions with the AWS Cloud platform to provide customers integrated solutions to efficiently and economically scale video infrastructures,” the company noted in the filing today.

Elemental is one of Portland’s fastest-growing young tech companies and had raised $42 million from investors like General Catalyst Partners, Norwest Venture Partners, Steamboat Ventures, and Voyager Capital. It will continue to operate as a standalone company.

The Oregonian notes that Amazon outbid several other tech giants like Cisco, Ericsson, and Verizon for Elemental, which employs around 250 people.

Compared to some of its peers, Amazon has not made many acquisitions in its 21-year history, particularly as it relates to AWS. Other purchases include online shoe retailer Zappos ($928 million), robot systems maker Kiva Systems ($775 million), Diapers.com operator Quidsi ($545 million), and most recently game-streaming service Twitch ($970 million). Within AWS, Amazon has swooped up startups like ClusterK, AppThwack, Amiato, and 2lemetry.

Speaking of AWS, the cloud business continues to generate huge amounts of cash for Amazon. In its quarterly report, Amazon noted on Thursday that AWS pulled in $2.085 billion during the past three months and made $521 million in operating income, which is up from $391 million in the previous quarter and up from $98 million last year — a massive 431 percent increase.