Each year, as part of the GeekWire Awards, we recognize game-changing technologies in the category of Innovation of the Year. Last year’s winner was a University of Washington project that promises to preserve human likenesses, long after we’re gone, through a novel form of 3D face reconstruction. 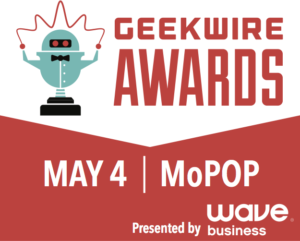 Public voting is currently under way in the GeekWire Awards, as GeekWire readers decide the winners from finalists selected by our panel of judges, after an open call for nominations from the community.

All of the winners will be revealed at the GeekWire Awards — presented by Wave Business — on May 4 at the Museum of Pop Culture. Tickets are selling fast, and we do expect to sell out, so make sure to go here to grab yours.

Echodyne: This Bellevue, Wash.-based startup has developed a radar system called the Metamaterials Electronically Scanning Array (MESA), in a device that’s slightly larger than a smartphone, with the ability to provide radar scanning for drones, autonomous vehicles and more.

The technology takes advantage of beam-directing metamaterials to perform radar scanning without moving parts, and without the complicated electronics that phased-array systems require.

Echodyne, which spun out of Intellectual Ventures in 2014, is backed by investors including Bill Gates, Madrona Venture Group and Vulcan Capital. 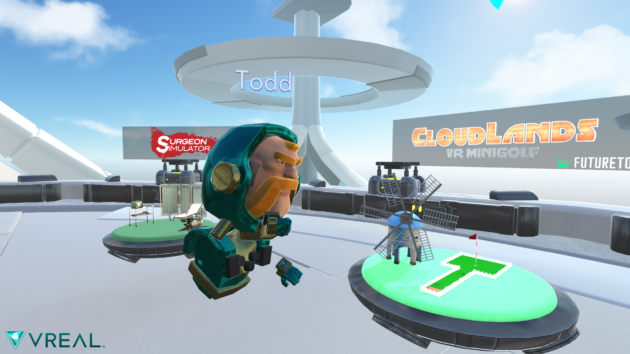 The company’s technology allows developers to turn their gaming environments into a theater-like virtual social meeting place, letting game streamers interact with viewers who want to participate in the experience.

“Virtual reality can be a new kind of interaction where you actually feel like you are really in a room with people,” Hooper said.

Igneous Hybrid Storage Cloud: Igneous Systems came out of stealth mode last year, promising a service with all the benefits of public-cloud data storage, behind a company’s own firewall.

The company’s CEO and co-founder Kiran Bhageshpur is the former vice president of engineering in the Isilon Storage Division at EMC. Igneous had maintained a low profile despite raising more than $26 million.

“Today, when people talk about the private cloud, it usually means customers are still buying hardware, installing software and managing infrastructure,” said Bhageshpur in an interview with GeekWire. “We think of ourselves as private cloud for real, as true cloud for local data. As our customer, you just consume storage resources across an API.”

Microsoft Project Catapult: This Microsoft initiative, unveiled last fall, puts the company at the forefront of field programmable gate arrays, or FPGAs. These processors are similar to the central processing units and graphical processing units that make up every computer’s logic fundamentals. But they can be reprogrammed on the fly to best serve whatever computing task is at hand.

The result of stealthy six-year initiative, FPGAs have been quietly installed in Microsoft servers in 15 countries on five continents over the past two years. Using the technology, the company demonstrated what it called “the first AI supercomputer” during Microsoft CEO Satya Nadella’s closing keynote address at company’s Ignite technology conference in Atlanta last year.

In November, the company released the breathtaking first images from the spacecraft. Spaceflight Industries’ aim is to provide on-demand images that can be delivered in as little as 90 minutes, at a cost of as little as $90 per image.