The Sounders may look a little different after the 2018 season — aesthetically speaking, at least.

Since the team’s inaugural MLS season in 2009, Seattle-area tech giant Microsoft has paid to have the Xbox brand name and logo appear on all three of those properties. That contract was extended both in 2013 and 2014; the current deal expires after the 2018 season.

The original jerseys featured “Xbox 360,” but Microsoft has gone with the simple “Xbox” for the past several seasons. On gamedays at CenturyLink Field — the Sounders don’t have naming rights to the stadium — the club refers to the field as “the Xbox Pitch at CenturyLink Field.” 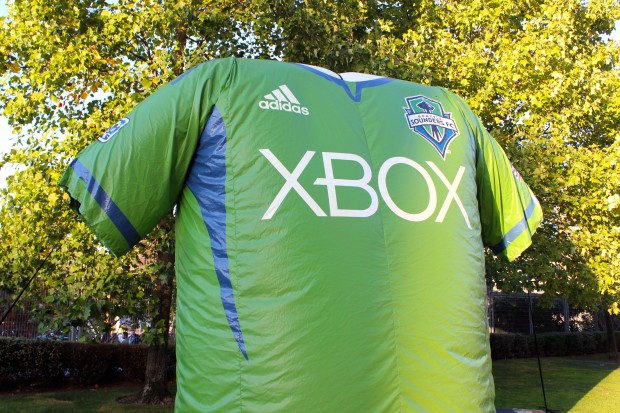 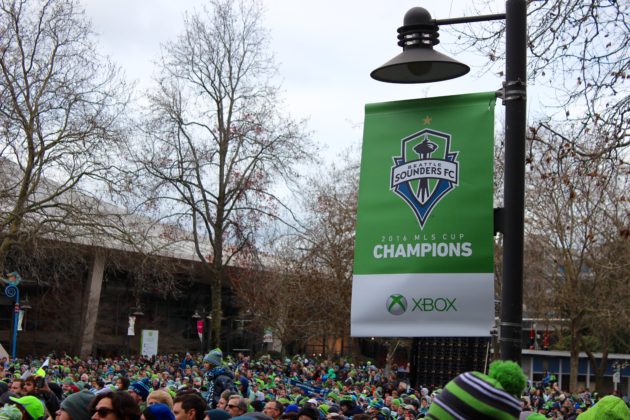 The Sounders, with WME’s guidance, say they want to explore all available options for a new deal, that also includes another extension with Microsoft. The club is the first MLS franchise to work with WME, which recently helped lead naming rights deals for the Boston Celtics jersey patch — GE paid $7 million per year for that — and is working with the Denver Broncos on stadium naming rights.

“The Sounders are offering a unique package which adds additional layers to an already attractive rights package,” Sean Barror, Senior Vice President, Naming Rights, IMG, said in a statement. “We look forward to working with them to identify a strong partner that will help further accelerate the brand’s growth.” 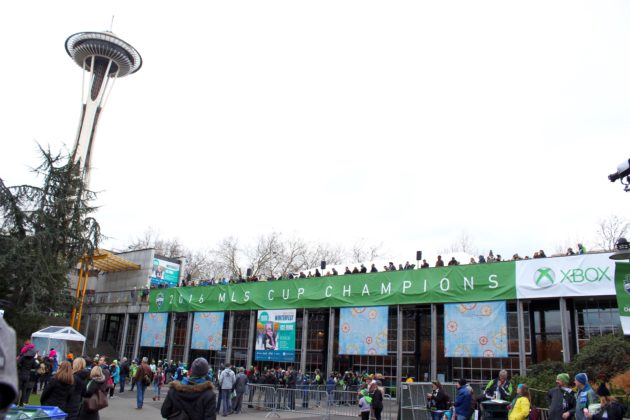 Surely there will be interested sponsors, as the Sounders consistently lead the MLS in attendance and boast one of the more robust fanbases in all of North American professional sports. The MLS itself is also gaining popularity and viewership.

Sports Business Daily noted that the package valuation could be in the eight figure range; most clubs generate $3-to-$4 million per year on jersey sponsorship deals. That number balloons for higher-profile teams — for example, Japanese tech giant Rakuten pays $58 million per year to have its logo on Barcelona jerseys.

Beyond the naming rights, Microsoft has worked with the Sounders on other unique activations, like putting the Halo logo on jerseys.

Separately, Microsoft inked a deal with the Seattle Storm in 2010 to have its “Bing” logo appear the WNBA player’s jerseys, but that ended in 2014.

Microsoft has made some big investments in the sports world over the past decade. Aside from these local deals, the company is investing heavily through partnerships with the NFL, NASCAR, Real Madrid, and other notable sports organizations around the world. In June it unveiled a new platform that helps teams like the Reign improve performance on the field.

We’ve reached out to Microsoft about the Sounders deal and will update this story if we hear back. Update: Here’s a statement from Microsoft:

“Microsoft is a proud sponsor of the Seattle Sounders FC since the team entered MLS in 2009. We remain focused on our existing partnership, which extends through the 2018 season, and will evaluate all future opportunities when appropriate.”

On a related note, Safeco Field, home of the Seattle Mariners, is also getting a new name change.

Which company should the Sounders partner with? What logo would look cool on the jerseys? Here’s a thought…