The notebooks, to be announced this afternoon at the Consumer Electronics Show, come with a stylus that pops out of the frame. The stylus works in conjunction with the Google Keep note-taking app and Google’s cloud services to convert handwriting into text and predict the direction of pen strokes to reduce latency as users scribble on screen. 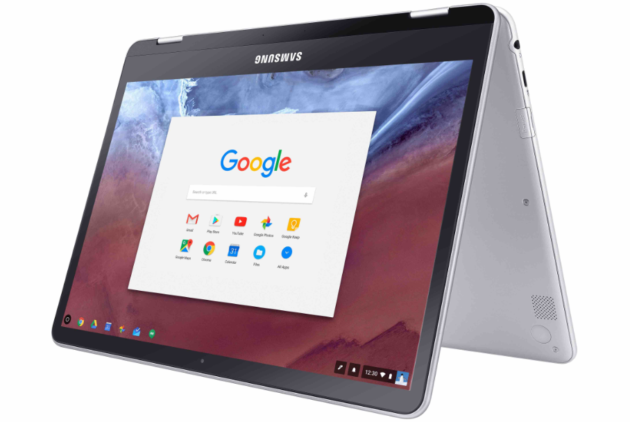 Both touch-screen machines can rotate 360 degrees into tablet mode. The stylus and inking features position the Chromebook Pro and Chromebook Plus as lower-cost options to the Microsoft Surface Book and Surface Pro, and Apple’s iPad Pro.

These new Chromebooks are part of a wave of new notebooks being unveiled at CES this week, as PC manufacturers try to reinvigorate the declining market for personal computers. Many of these new machines are designed to convert from notebook to tablet.

In addition, Samsung today is announcing its first-ever gaming notebook, the Samsung Notebook Odyssey, available in 15- and 17-inch models, which runs a quad-core seventh-generation Intel Core i7 processor. The company is also touting its new 15″ Samsung Notebook 9 ultra-portable laptop as part of the event.

The Chromebook Plus, running on a mobile-oriented ARM processor, will start at $449 when it’s released next month. Pricing hasn’t yet been announced for the Intel-powered Chromebook Pro, which is expected to be released sometime later this year.

Google says it will also offer an API to let third-party apps use predictive inking.

Here are the detailed specs for both new Chromebooks, via Samsung. 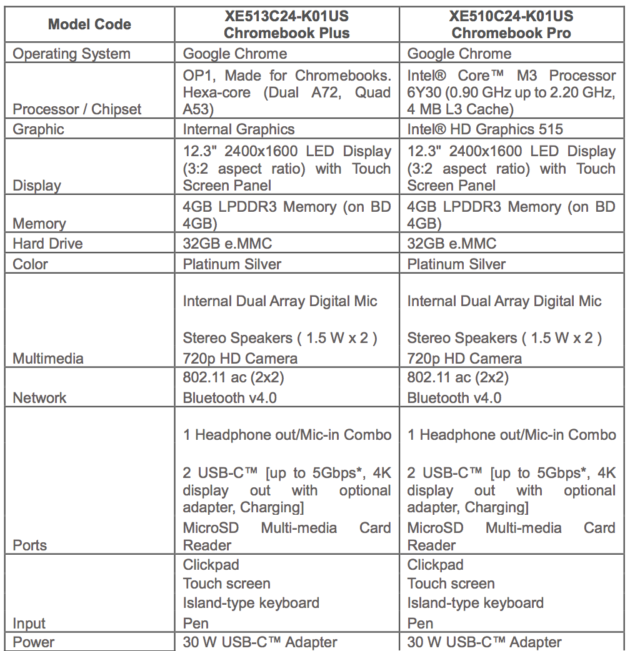