RELATED: We pitted Spin vs. LimeBike on the streets of Seattle

LimeBike officially launched its new bike-sharing service in Seattle on Thursday, placing 500 bicycles around town that people can rent for $1 per half-hour. The San Mateo, Calif.-based company had scattered a handful of bikes in Seattle over the past few weeks but today marked its formal launch.

LimeBike joins Spin as two bike-sharing companies that are looking to offer a new dockless approach to short-term urban bike rentals — something that Seattle has struggled with in the past with the ill-fated Pronto program.

Spin launched last week with 500 of its own bicycles; it reported 5,008 rides through the first week of service. Both companies are participating in a six-month pilot program organized by the city. Pronto had 500 bicycles on Seattle’s streets before it shut down in March. 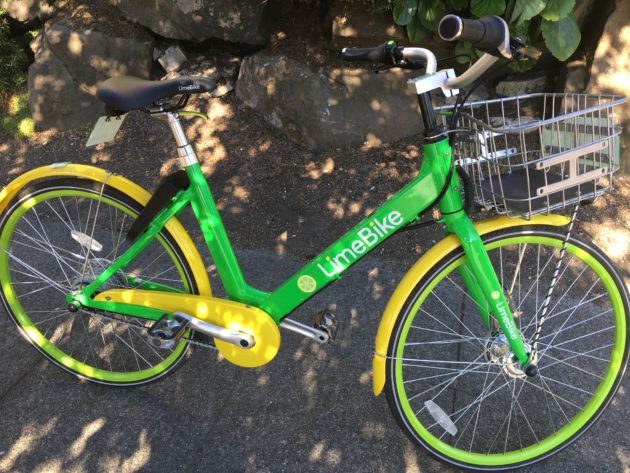 You can read our full review of both LimeBike and Spin here.

One issue we noted in our review was the lack of available helmets for both services; it’s illegal in Seattle and King County to ride a bike without one. LimeBike plans to distribute 1,000 helmets at promotional events, but neither company is providing helmets to riders as part of the service.

City rules initially allow 500 bikes from each provider, but that goes to 1,000 each next month, and 2,000 each the following month. Ultimately, Spin says it will have 10,000 bikes spread across Seattle, with a team of 20 people in marketing and operations to support the service in the city.

“They are already becoming part of the fabric of our city’s transportation system,” the Seattle Bike Blog noted of Spin and LimeBike.

Both companies are running promotions this weekend in Seattle — LimeBike with LimeRide, and Spin with SpinHunt.

Here’s a heat map via Spin, showing pickup locations for trips during its first week: 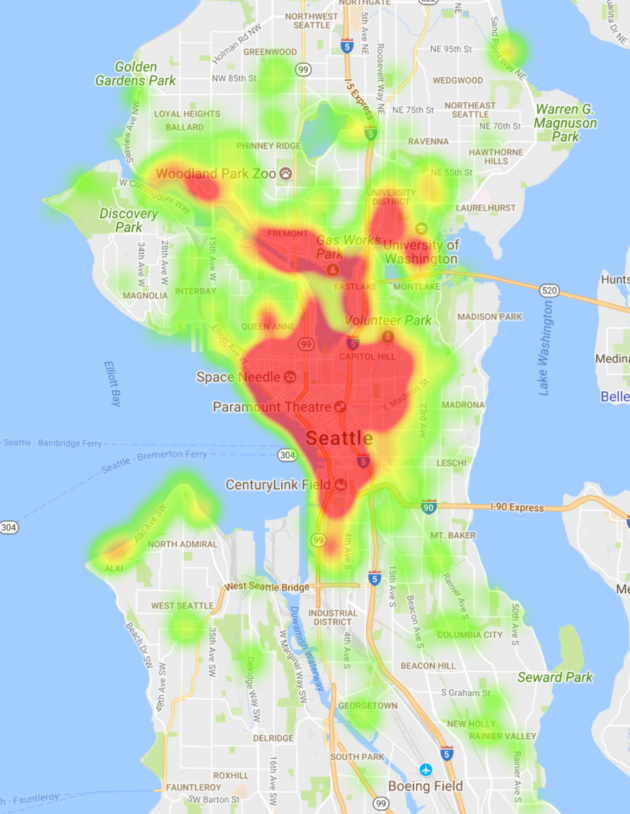