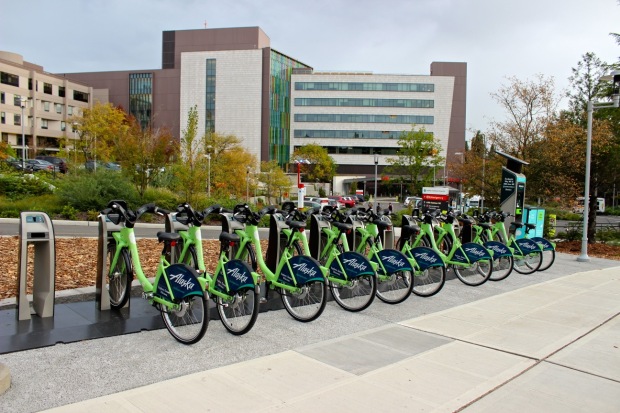 The City of Seattle on Friday announced that it will shut down the Pronto bike-share service on March 31.

This marks the end of a controversial and ultimately unsuccessful program in Seattle, with fewer-than-expected members signing up to rent bicycles on-demand to get around the city.

In October 2014, Pronto Cycle Share debuted as a public-private partnership. In 2015, the City Council set aside $5 million to expand the program. But plans changed after Pronto reported that it was “insolvent” due to operating losses ($1.2 million of debt) and low ridership numbers.

This past March, the City decided to pay $1.4 million to buy out the bike-share program, acquire its assets, and expand the service with new electric bicycles.

But now Mayor Ed Murray is using the $3 million in funding originally dedicated to re-launching the bike-share program to instead pay for bicycle and pedestrian improvements around Seattle.

“This shift in funding priorities allows us to make critical bicycle and pedestrian improvements — especially for students walking and biking to school,” Murray said in a statement. “While I remain optimistic about the future of bike share in Seattle, today we are focusing on a set of existing projects that will help build a safe, world-class bicycle and pedestrian network.”

Here’s where the funding will now go, according to the City, with projects scheduled to begin this year:

Pronto was funded in part by grants, sponsorships and user fees. Alaska Airlines, Vulcan, REI, Seattle’s Children’s Hospital, and others put up money to sponsor the program. Brooklyn-based Motivate, which manages similar services in nine other cities worldwide — some of which are completely private — operated the program.

The story is different in Portland, where its recently-launched bike-share program is off to a hot start.

It also contrasts to car-sharing in Seattle, which has proved popular among constituents. The city is one of the top markets for Car2go, the first car-sharing service to launch in Seattle, and now BMW is seeing impressive traction with its ReachNow service.