As Russell Wilson describes the ethos of his new startup, it feels like you’re inside his Seahawks huddle, driving down the field in the fourth quarter. His words become sharp; the focus increases. You can hear the passion in his voice as the NFL star quarterback pumps you up and locks you in.

“We all have our heroes,” Wilson told GeekWire in an interview last week. “No matter how successful or aspirational you want to be, we all have them, someone that we look up to. Those people can inspire us and make an impact — and we want TraceMe to have that impact.”

Wilson on Friday unveiled TraceMe, a new Seattle-based startup that announced $9 million in funding from a who’s-who list of backers putting their money behind the company.

TraceMe is an app that aims to connect “superfans” with celebrities, offering daily exclusive behind-the-scenes content from your favorite athlete, artist, actor, or other influential person. The idea is to bridge the gap between celebrities and their most passionate followers with a mobile platform that will need to differentiate itself from the bevy of other social media services, but is one that offers more control over content distribution and customer data.

You may know Wilson for his accolades on the football field: A Super Bowl champ who is one of Seattle’s greatest athletes of all time. But he’s also a respected entrepreneur — one that’s garnering attention from elite investors for his idea to connect celebrities with their superfans. 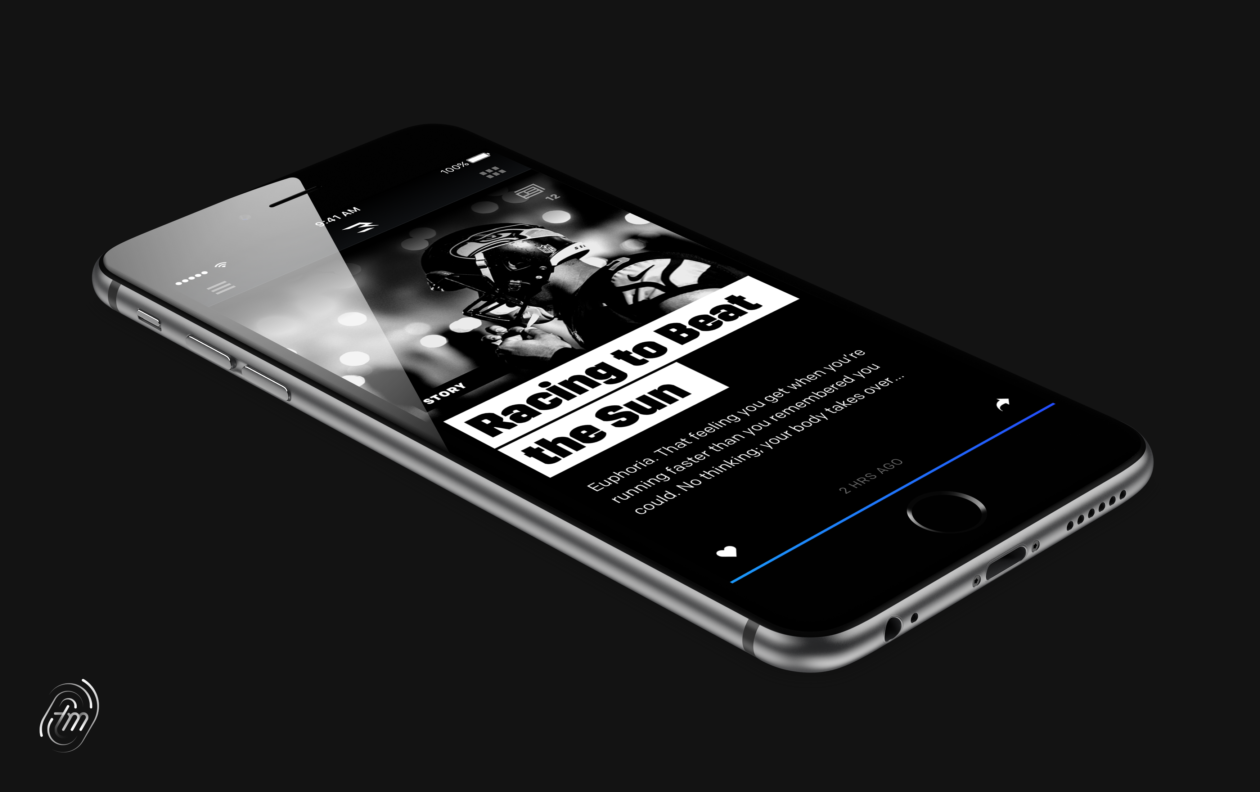 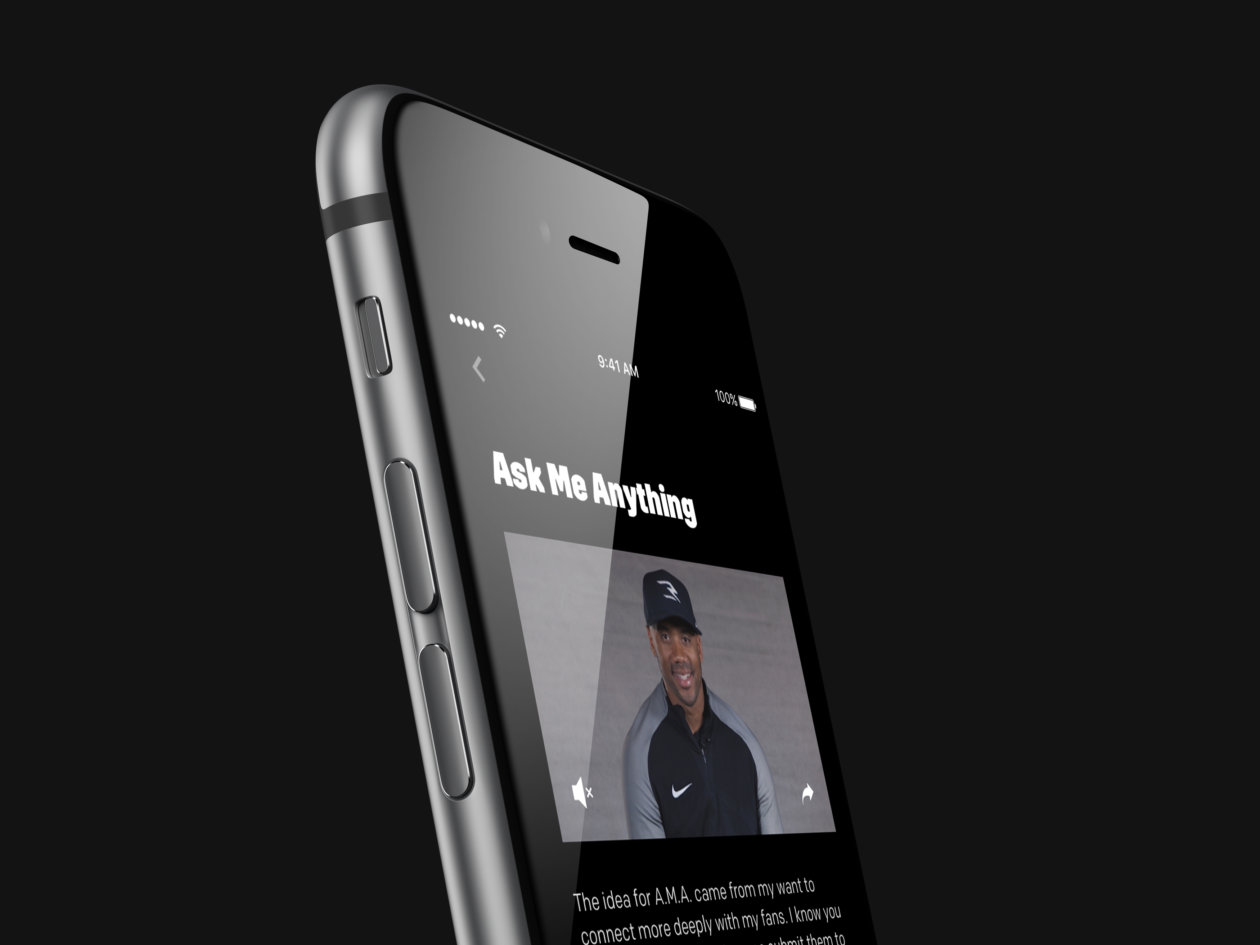 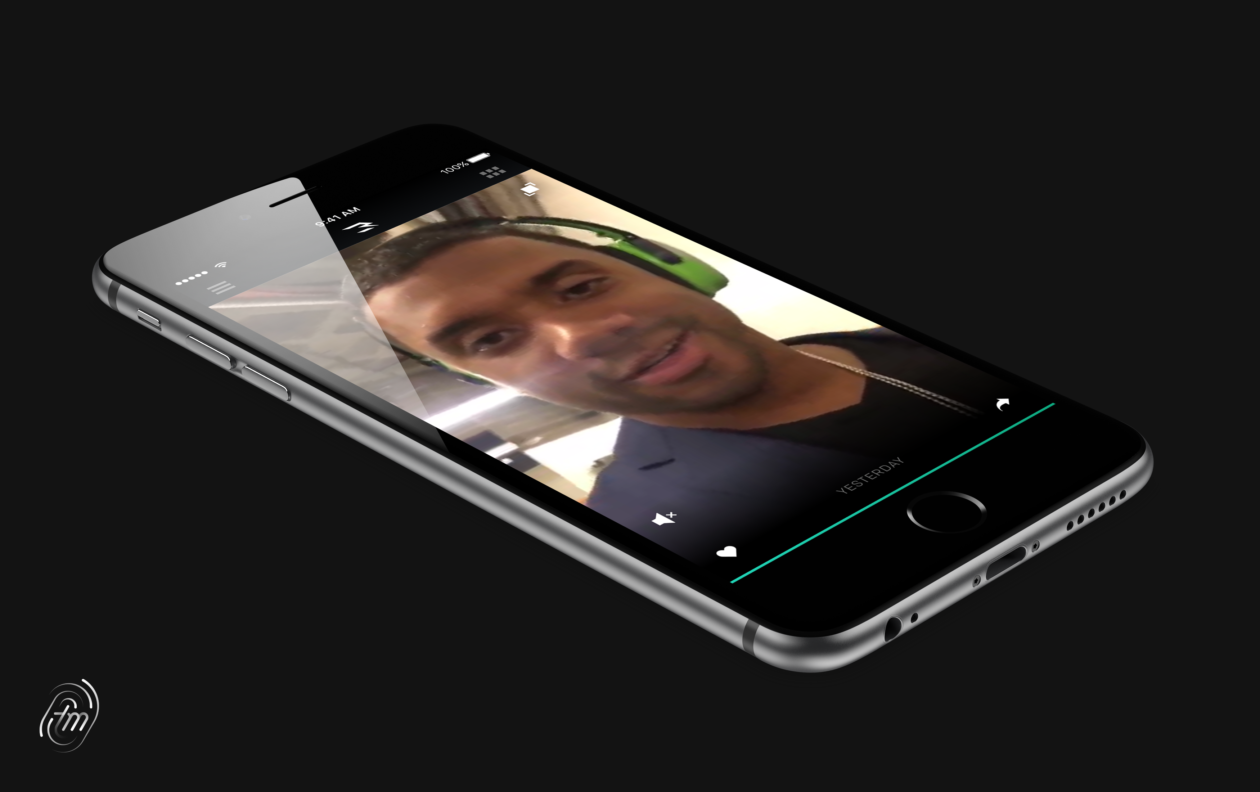 Wilson, who kicks off his sixth season as the Seahawks quarterback this Sunday at Green Bay, came up with the idea for TraceMe after interacting with countless fans over the past years from Seattle to Shanghai.

But the lightbulb really went off after his weekly visits to Seattle Children’s Hospital, where Wilson and his wife, superstar musician Ciara, meet with kids who often ask about last week’s Seahawks game or the couple’s appearance on the red carpet. Most also all have smartphones.

“I wanted to take these kids with me,” explained Wilson, who is TraceMe’s chairman. “I want to take them on this journey and joyride with me, through the ups and downs, and deliver amazing high-level content, but also raw content — something you can relate to. That’s where it clicked for me.”

Wilson wanted to build something in Seattle, where he knew there were folks within the robust technology ecosystem to help. The 28-year-old got in touch with Microsoft CEO Satya Nadella — yep, they are buddies — and other executives at the Redmond-based tech giant, who then referred him to Pioneer Square Labs (PSL), a Seattle startup studio that helps incubate ideas before spinning them off into companies.

That’s where Wilson got connected to Jason LeeKeenan, a former executive at Hulu and Zulily who was brought in by PSL to lead TraceMe as its CEO.

LeeKeenan knows all about the ever-changing world of media and digital content. At Hulu, he reported to former CEO Jason Kilar and held a variety of roles for the streaming video service. In 2013 he joined Seattle-based online retailer Zulily where he led its international business and product management team.

He met Wilson and they spent time together doing market research, talking with other celebrities — from athletes to entertainers — to see if the idea behind TraceMe resonated.

“We kept hearing a recurring narrative for them around wanting to speak directly to their fans in a really up-close and personal way,” LeeKeenan said.

Given how much content celebrities produce and the engagement they see — Ciara’s Whitney Houston lip-sync video had 25 million views in one week, for example — LeeKeenan and Wilson felt there was an opportunity to create a “direct to consumer” platform allowing for more brand control and customization, and without restrictions on character length or a specific type of content.

But what will draw “superfans” to TraceMe over popular platforms like Facebook, Instagram, Snapchat, Twitter, and others? Wilson, who already has nearly 10 million social media followers on those apps (he leads all NFL players for Twitter follower count), said it’s all about a “two-way dialogue” where celebs can not only share intimate content with their most passionate fans, but also learn more about the fans themselves.

Wilson doesn’t plan on ditching platforms like Facebook or Instagram — he called them “tremendous.” He views TraceMe as something different that goes deeper and caters to users who view celebrities as their heroes.

“We want to inspire [superfans] and we want to have an impact,” Wilson noted.

Super excited to share this amazing VIP experience with you. #TraceMe is live and ready for you all! https://t.co/7ItU1i55lX pic.twitter.com/nf8dCJS8dj

LeeKeenan said he hopes TraceMe becomes a daily habit for superfans. It’s something he saw while working at Zulily.

“For the superfans of Zulily, it was the love we were building,” he noted. “They would tell us that every day they wake up, have coffee, and check Zulily.”

The company isn’t revealing a monetization strategy. The app is free at launch and only content from Wilson will be available, but there is “tremendous interest” from other celebrities who want to give TraceMe a try, LeeKeenan said.

“It resonates with the celebrities we talk to,” he noted. “They feel like this platform doesn’t exist today.”

There are certainly competing platforms, from sites like The Players’ Tribune, founded by MLB legend Derek Jeter, to Uninterrupted, founded by NBA superstar LeBron James. Both have raised venture funding.

“I’m a fan of both of those platforms,” LeeKeenan said. “There is a parallel between us and them in the sense that both are in the first person voice of an athlete or celebrity. But we’re really focused on building the ultimate fan club experience that drives two way engagement and content between superfans and celebrities — across all avenues, not just athletes. That’s what differentiates us.”

Other similar startups that aim to connect celebrities with fans include Greetzly and Padlokt. Both Wilson and LeeKeenan pointed out TraceMe’s “world-class” team of engineers, designers, and more who will help the company separate itself from other apps and services.

“I have a day job — I have to go win another Super Bowl,” said Wilson, who won more games in his first five seasons than any NFL quarterback in history. “That’s my focus, and that’s why we’ve hired an amazing team to help be the driving force and the ones that create this. We have some of the best people from all over the world.”

TraceMe employs 15 people who are working out of the Pioneer Square Labs office in Seattle and plans to use part of the investment to hire more employees; there are 13 open positions on its jobs board. It’s the sixth spinout from PSL; others include Ad Lightning, LumaTax, Jet Closing, Boundless, and Taunt.

Russell has the passion, focus and skills to be a great Day One entrepreneur and founder.

Greg Gottesman, co-founder of PSL and a TraceMe board member, told GeekWire that it’s been “incredible” working with Wilson.

“He obviously is one of the best quarterbacks on the planet — I think he might end up being just as good as an entrepreneur,” Gottesman said. “He synthesizes and then executes on feedback as well as anyone I have ever met. He also is very creative in a business sense and willing to jump in and just start executing on a plan.”

“Russell has the passion, focus and skills to be a great Day One entrepreneur and founder,” the venture capitalist said. “He has a positive and engaging approach to thinking through strategic questions for the company and a clear focus on understanding and serving the customer.”

Added McIlwain: “We believe in the team at TraceMe and we also believe in the market opportunity to connect fans and celebrities in a more personal and compelling way.”

Wilson, who is a founder of two other startups and invests in several others — he also has numerous endorsement deals with companies like Bose, Microsoft, and Alaska Airlines — noted three similarities between succeeding on the football field and succeeding with a business idea: vision, purpose, and execution. He believes TraceMe has all three.

“We are super excited about what we are doing,” Wilson said. “We are on the cutting edge. We want to be that hometown team in Seattle that builds the next thing and do something really, really special here.”

Wilson is one of many sports stars who are helping launch their own startups or investing in new tech-fueled ideas. Several of his teammates are also doing something similar, whether it’s Doug Baldwin with Seattle helmet company Vicis, or Richard Sherman and his involvement with new Seattle startup Rep the Squad.

“I’d probably say that me, Doug, and Sherman are all fighting for that top nerd spot,” he added. “They went to Stanford, though, and may have me beat. But I’m also a quarterback — I gotta be in my book all day studying.”