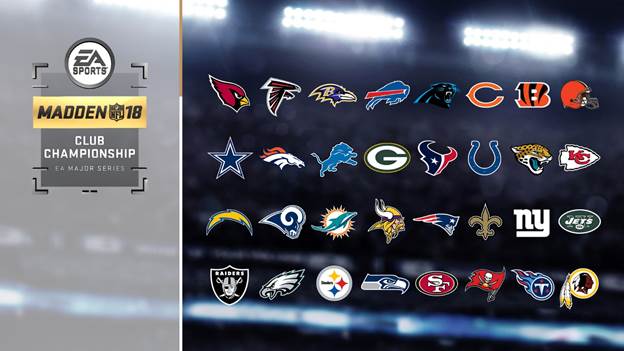 The NFL is getting more involved in esports.

The league today announced that it is partnering with EA Sports to launch the Madden NFL Club Championship, a new gaming competition that includes all 32 NFL teams.

But the new partnership now includes all 32 NFL teams. Madden gamers will qualify for the championship by playing online, with the top performers advancing to live tournaments at NFL stadiums and other landmarks.

From there, the winning players — one representing each NFL team — will compete in the finals, which take place at the Pro Bowl in Orlando and Super Bowl 52 in Minneapolis.

The NFL said this is the “largest competitive gaming commitment ever by a U.S. professional sports league.”

“Competitive gaming and esports are one of the most exciting ways to engage a larger, younger and digitally savvy NFL audience,” NFL Commissioner Roger Goodell said in a statement. “Collaborating with EA to create the Madden NFL Club Championship presents a unique opportunity to capture the excitement of NFL action and the passion of our fans with competition that anyone can participate in.”

Travis Smith, a technical events producer for EA, told GeekWire earlier this year that the gaming company has hosted Madden tournaments for several years but kicked it up a notch after establishing an entire division to competitive gaming.

Dave Grunfeld hosts a weekly show on NFL Network called Madden NFL America, which spotlights the top Madden players around the U.S. He was also at the Seahawks event in March and told GeekWire that these tournaments give gamers a way to showcase their talents.

“You see events like this and it really all starts to come together,” he said. “Our show is just part of a larger cog; it’s this whole community that is growing right now. It’s really cool.”

Grunfeld said it’s “surreal” how the Madden franchise started as a simple game and has turned into somewhat of a phenomenon, with actual money and fame now up for grabs.

“This is the ground floor,” he said. “It’s an exciting time.”

The NFL is not alone with its esports ambitions. The NBA is set to launch a new esports league next year with NBA 2K game developer Take Two. The plan is for each NBA team to own a respective esports NBA 2K franchise.