Virtual football collided with real football at a first-of-its-kind event on Thursday evening in Seattle.

The Museum of Pop Culture (MoPOP) transformed into a video game party of sorts as the Seattle Seahawks hosted their inaugural Madden 17 Championship Tournament, where eight of the nation’s top Madden gamers duked it out on the giant Sky Church screen for a chance to win part of a $15,000 prize pool and a spot in the Madden 17 Club Series Championship this April. 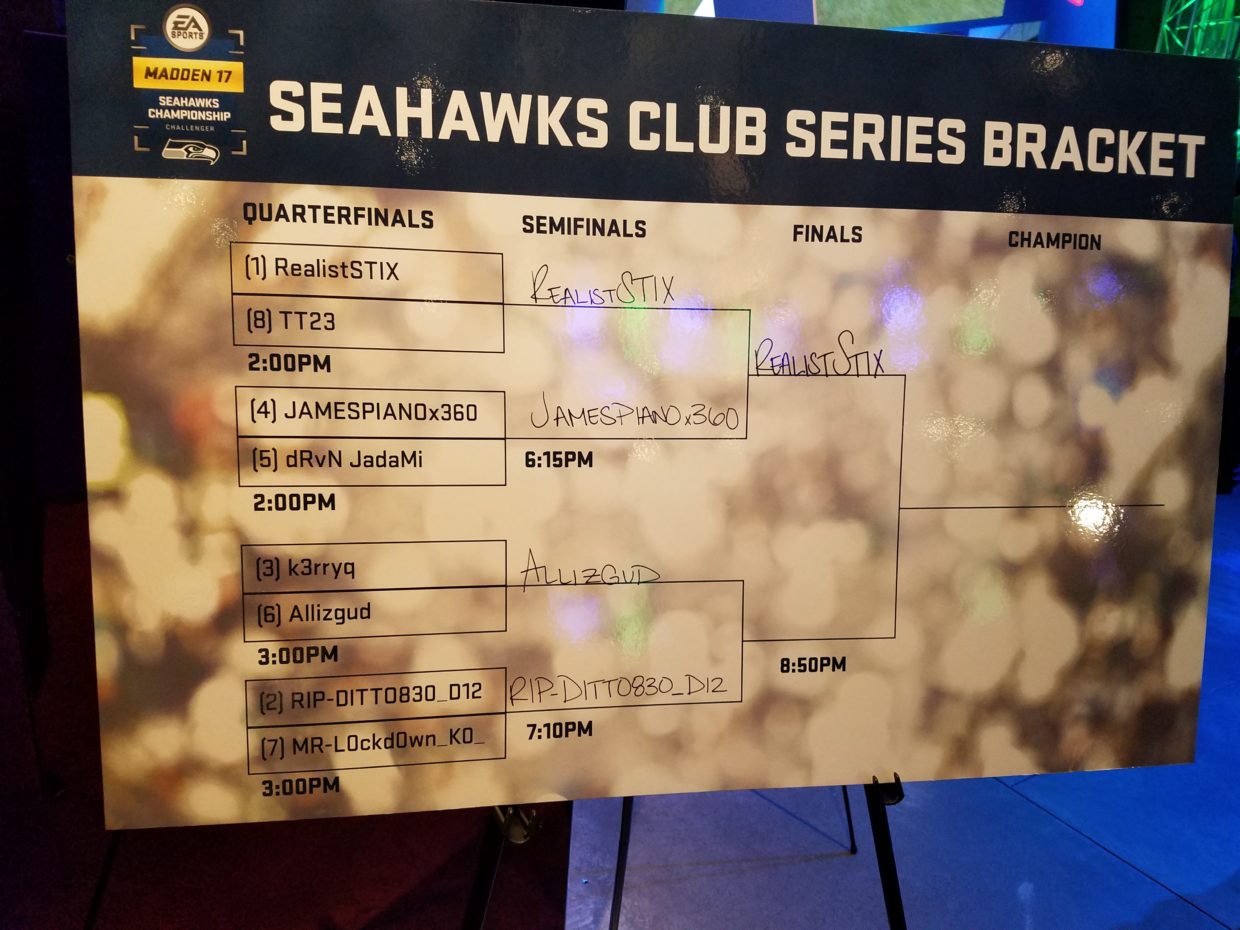 Madden, the popular football video game made by Electronic Arts, partnered with the NFL this year and for the first time enabled eight pro teams to host their own Madden tournaments as part of a larger circuit that ends with the 2017 EA Sports Madden Championship in May and features a $1 million prize pool.

The Seahawks invited season-ticket holders to MoPOP — which is owned by Seahawks owner Paul Allen — on Thursday for a fun VIP evening that featured Seattle wide receiver and avid Madden gamer Doug Baldwin facing off against former Seahawks safety Jordan Babineaux in between the tournament matches. 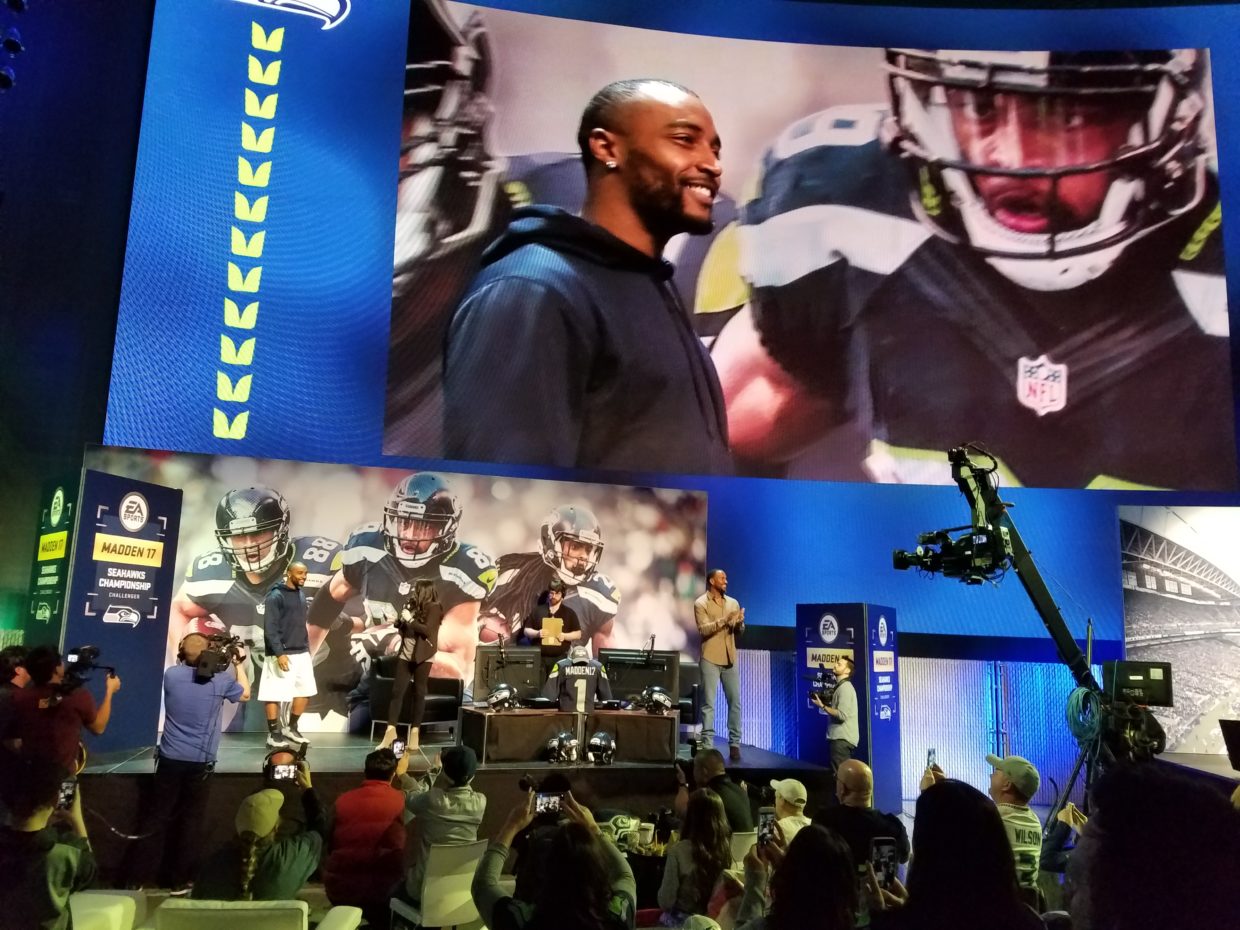 Seahawks mascot Blitz and a handful of SeaGals were also in attendance at the event, which included live music, lots of food and drink, and analysts who provided commentary during the Madden games that were streamed live to thousands of people on Twitch, at Seahawks.com, and Madden’s Facebook page.

Ultimately it was Michael “KillerMike” Clark who beat Shay “Young Kiv” Kivlen in the final game, 38-31.

Before the championship match, we caught up with Kivlen, a 19-year-old from Edmonds, Wash. who only started playing Madden a few years ago after an arm injury kept him off the baseball diamond.

“I fell in love with it,” he told GeekWire. “I started to get pretty good and committed a lot of time to it.”

Kivlen said he’s already won more than $10,000 in prize money from previous Madden competitions and “if I keep on the path I’m going, I definitely want to make this a full-time job,” he said.

Welcome to the new world of eSports, where people are finding full-time work thanks to their video game talents.

“There are a lot of factors that go into being good at Madden,” explained Kivlen, who missed his high school graduation because of a Madden tournament. “It’s a lot about scheming; about stick skills; about making the right decision on every play; about anticipation on offense or defense. It’s also about adjustments in the game — you can come in with a scheme and it might not work, but if you adjust, it can separate you from other players.” 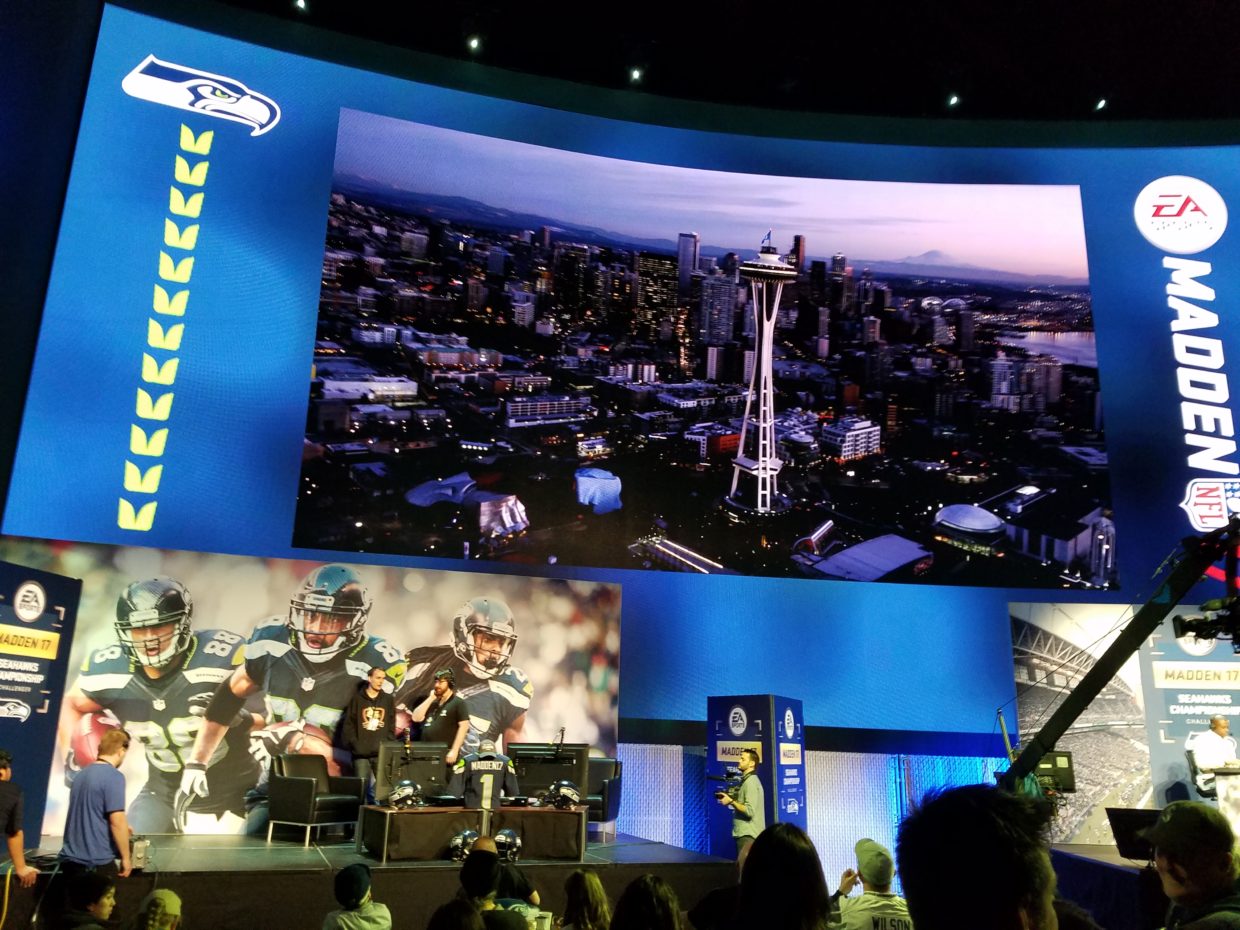 Dave Grunfeld hosts a weekly show on NFL Network called Madden NFL America, which spotlights the top Madden players around the U.S. He was also at the event on Thursday and told GeekWire that these tournaments give gamers a way to showcase their talents.

“You see events like this and it really all starts to come together,” he said. “Our show is just part of a larger cog; it’s this whole community that is growing right now. It’s really cool.” 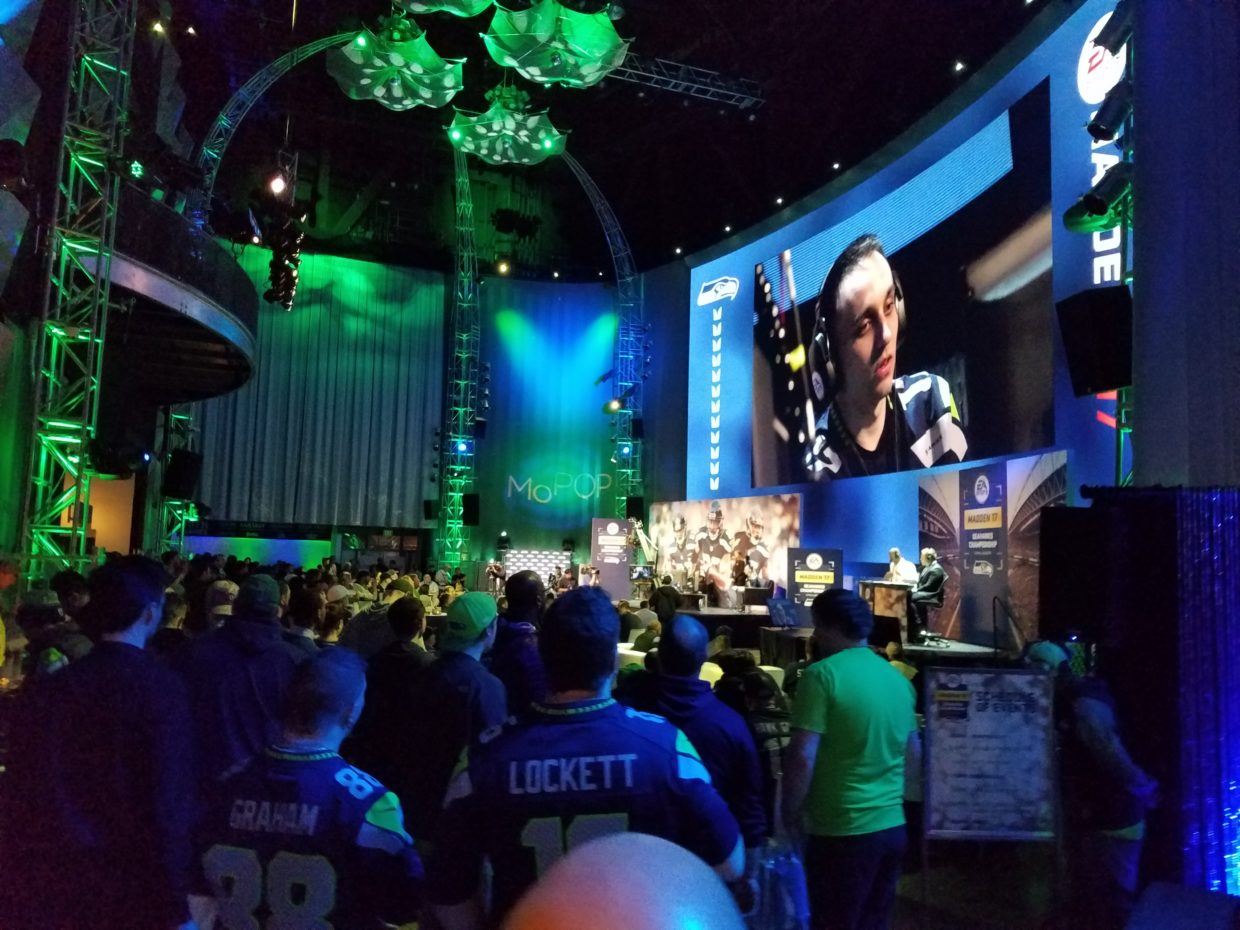 Grunfeld said it’s “surreal” how the Madden franchise started as a simple game and has turned into somewhat of a phenomenon, with actual money and fame now up for grabs. And now the NFL is getting involved, with the hopes of having each team host their own tournament like Seattle did on Thursday. It’s similar to what the NBA is doing with its new eSports league organized with NBA 2K game developer Take Two.

“The plan is to continue to integrate the NFL with the Madden community,” Grunfeld said. “There is so much overlap and it’s a natural fit. This is the first year where there is real serious money and attention being paid to this. This is the ground floor. It’s an exciting time.” 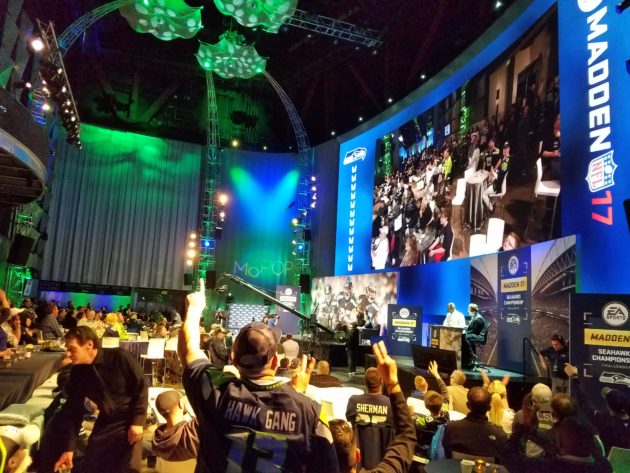 Travis Smith, a technical events producer for EA, told GeekWire that his company has hosted Madden tournaments for several years but kicked it up a notch after establishing an entire division to competitive gaming.

“This isn’t anything that will go away,” Smith said of the Madden Championship Series.

Check out our interview with Baldwin below — the Pro Bowl receiver, who spoke at our GeekWire Sports Tech Summit last year, talks about his love for video games, his Madden rating, virtual reality, and more: