After five years of planning, GIX is ready to open its doors to future entrepreneurs.

GIX was first announced in 2015 by two founding academic partners: the University of Washington and Beijing-based Tsinghua University, known as the “MIT of China,” that is the first Chinese research institution to establish a U.S. location. The program also received $40 million in support from Microsoft; other big tech companies are also apart of a GIX industry consortium.

GIX will welcome the first 43-student class to its new 3-story, 100,000 square-foot Bellevue, Wash. building later this month. Students went through an intense application process and hail from across the globe; they all have undergraduate degrees and have some technology-related education background. GIX is celebrating the launch with a grand opening ceremony Thursday, followed by an Innovation Summit with leaders from across the Seattle region. 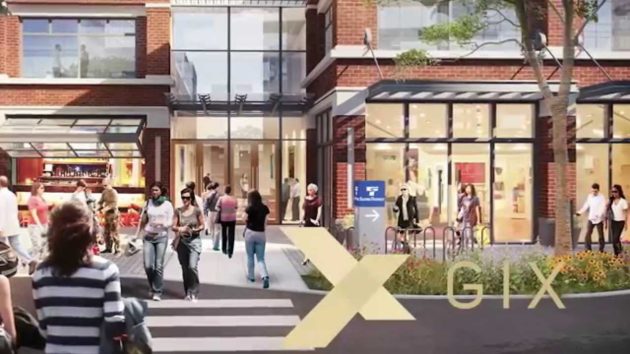 To learn more about GIX, GeekWire caught up with Vikram Jandhyala, vice president of innovation strategy at the UW who is also co-executive director of GIX. Jandhyala described GIX as a “first experiment toward the disruption of higher education.”

“Tsinghua and UW are the founders of this new model of education where you bring students in and they welcome industry projects,” he explained. “These are students who might not have chosen to go to grad school in the first place, but they’re coming here because they realize it’s a place where you can do startup companies and be entrepreneurial. Not only can they do that, but they also get a great degree at the end of it.”

You can listen to our full conversation with Jandhyala on the latest GeekWire podcast below:

GIX will soon announce more companies, in addition to Microsoft, that will partner with the institute and work in tandem with students on new ideas and products. There are also more universities that will join as network partners; the University of British Columbia announced its participation this week.

Many leading innovators and thinkers from the Seattle region will also help mentor the students, who have a chance to study both in Bellevue and in Beijing at Tsinghua. Jandhyala noted the importance of building GIX within the Seattle tech ecosystem.

RELATED: From Beijing to Seattle: How the U.S. and China are teaming up at the new GIX tech innovation institute

“There’s something different about Seattle, compared to the Bay Area and east coast,” he noted. “The top technology companies here who are bringing in the talent and growing more offices has been amazing. I think all of that together has caused this rise in Seattle and Seattle is now a global innovation hub, not just a local or regional one.”

GIX is also unique given that the U.S. and China are home to the world’s most robust technology industries, and that Seattle and Beijing are technology hubs. The universities, along with Microsoft — which has a large research footprint in China — can exchange ideas for which startup ideas and strategies work best in each respective country. This is important, as history has shown how it can be difficult for U.S. tech companies to find long-term success in China.

“We want them to learn cultures on both sides of the Pacific, as well as business practices and technology,” Jandhyala said, noting that some students may launch companies in China.

Much of the curriculum is designed around team-based projects to help prepare students for real-world work. GIX has also created three different intellectual property models; the universities will not keep any IP.

Jandhyala expects more than 3,000 students to graduate from GIX over the next 10 years. The institute will create new degrees and utilize online education to reach that goal, in addition to partnering with other universities around the world.

Stay tuned to GeekWire for more coverage of the GIX launch this week.