Amazon started as an online book-seller in 1994, but fast forward two decades later and the company finds itself competing in so many industries — cloud computing, food delivery, streaming media, film production, even now potentially real estate — that it’s becoming hard to keep track of them all.

So how does a 351,000-person tech giant like Amazon keep its leaders and managers focused when the Seattle-based company is running multiple businesses at the same time?

Asked about how Amazon goes after so many different opportunities at once, Wilke said the company tries to create “separable, single-threaded teams” that are only required to focus on one product or service.

“Separable means almost as separable organizationally as APIs are for software,” he explained. “Single-threaded means they don’t work on anything else.” 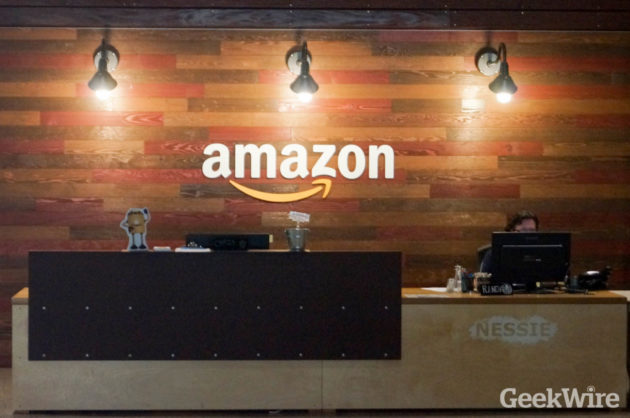 Wilke said this strategy works best when “the single-threaded leader does not have to get up in the morning and worry about anything other than the thing they are charged to succeed at.” For example, when the person leading the Alexa team wakes up each morning, the only thing her or she thinks about is how to make Alexa a better product.

When Amazon has a new idea, the company writes a fake press release and FAQ page to help envision how the idea will look on launch day, Wilke noted. Then they recruit one leader to the idea, and that leader builds his or her team.

Those teams remain small, according to Amazon CEO Jeff Bezos, who shared his own leadership advice last year. Since its early days, Amazon has preached the “two pizza rule,” which mandates that no team should be so large that it cannot be fed with just two pizzas. Bezos said you can subdivide big teams into smaller ones. He said a team of 10-to-12 people is “the perfect size to have natural human coordination without a lot of structure.”

“If you can arrange to do big things with a multitude of small teams — that takes a lot of effort to organize, but if you can figure that out, the communication on those small teams will be very natural and easy,” Bezos said.

As far as checking in and monitoring each division of the company, Wilke said he and his colleagues use different auditing mechanisms for everything from operational excellence to making sure teams “are obsessing about the long run.” But beyond that, he said the company likes to rely on its 14 leadership principles.

Watch the full interview below: