An expansion of Amazon’s discounted smartphone program for Prime members is at the center of a lawsuit filed in Los Angeles last week.

Pay Per Swipe, a Los Angeles-based mobile advertising company that builds apps to put ads on smartphone lock screens, sued TCT Mobile, an entity that shares an Irvine, Calif., address with phone maker Alcatel, for breach of contract and unfair business practices, among other charges.

Pay Per Swipe alleges that TCT broke a non-disclosure agreement and used confidential information about lock screen ad products the two firms worked on together for its own gain. TCT allegedly used that information to land a deal with Amazon to be part of its discounted smartphone program and cut out Pay Per Swipe entirely.

Pay Per Swipe is not suing Amazon itself, just TCT.

In court documents, Pay Per Swipe says it is a competitor with Amazon on lock screen ad-supported products. One of the phones offered through Amazon’s discount program is built by Blu, a chief competitor of Alcatel.

“Essentially they were playing both sides of fence,” Joshua Haffner, an attorney for Haffner Law, representing Pay Per Swipe, said of TCT. “They had our confidential info, and they were planning out strategies to go with entities other than Amazon, specifically knowing that Blu, their competitor, had a phone and Amazon was doing it. And then all the sudden they had a deal with Amazon. When did this deal arise?”

The lawsuit also sheds more light on a deal announced by Amazon Thursday night to expand the discount smartphone program for Prime members to include the unlocked Alcatel A30 and Moto G5 Plus. According to Pay Per Swipe’s suit, Amazon and Alcatel will manufacture 500,000 phones sold on Amazon with Amazon lock screen ads. Court documents valued the deal at $50 million. The lawsuit does not mention the G5 plus.

Pay Per Swipe is seeking damages related to breaking the NDA, as well as a cut of TCT’s deal with Amazon.

Amazon announced the discount smartphone program last year. It is supported by personalized offers and ads on the lock screen. Users can tap to find out more about the advertised products or access their phones to dismiss the ads. Amazon uses the ad revenue to offset the cost of the discounts. 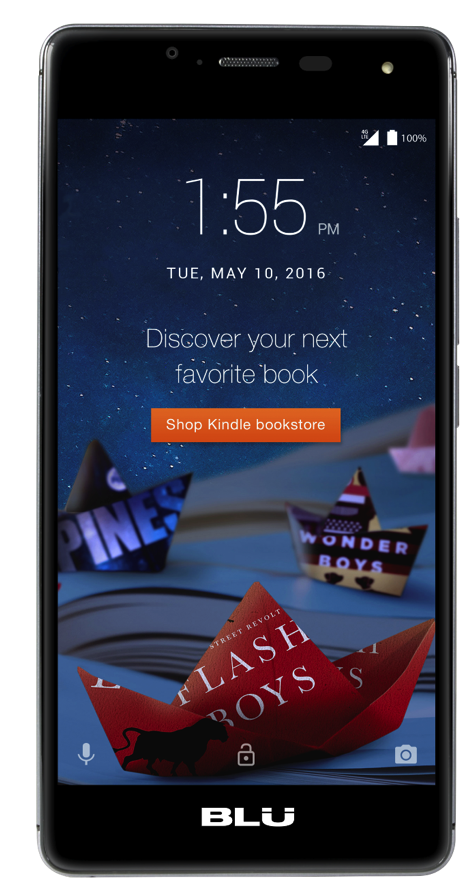 Amazon said it does not discuss business arrangements. GeekWire also reached out to Alcatel and its parent company, China-based TCL Communication. We will update this post if we hear back.

TCL is mentioned in Amazon’s press release about the discount Alcatel phone. Here is what TCL Communication North America’s President and General Manager Steve Cistulli said about the deal, according to the release.

“Adding this device to Amazon’s Prime Exclusive Phones program is an exciting evolution of our relationship and ensures that even more consumers have access to our feature-rich and value-packed smartphones.”

In court documents, Pay Per Swipe claims that Cistulli signed an NDA in September 2016. At the same time, the two firms were discussing an idea to sell Alcatel phones with Walmart lock-screen ads because “Walmart was always looking for a way to beat Amazon.” The companies later produced prototypes for Best Buy and Hilton Hotels.

According to court documents, Pay Per Swipe found out about the Amazon-Alcatel deal in February. Haffner, the attorney for Pay Per Swipe, said he was curious how long the deal had been in the works. The timing of Amazon’s announcement of the discounted Alcatel phone also raised concerns with Haffner.

“It just seems like the timing of it, I don’t know, but it makes me suspect it was almost in response to our lawsuit,” Haffner said. “I don’t know that but it raises that suspicion in my mind.”