When it comes to holiday gifts, books are tricky things: How do you know your gift book will resonate with the recipient? If they’re geekily inclined, at least one of the books on this science reading list should strike a chord. And if you’re on the other side of the gift-exchange algorithm, chances are you’ll see something worth adding to your Amazon wish list.

We’ve put together a selection of 16 recently published books that hit a variety of genres, from astronomy to zoology, and are suitable for the coffee table, the kids’ table or your favorite geek’s bookshelf. Follow the links for more information, and still more recommendations. 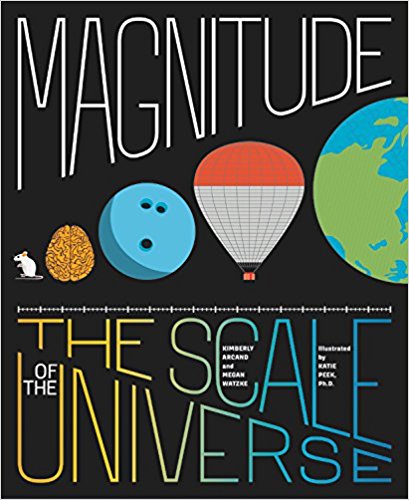 Magnitude: The Scale of the Universe: Kimberly Arcand and Megan Watzke, who are part of the team supporting NASA’s Chandra X-Ray Observatory, team up with illustrator Katie Peek on a big, bold book that brings perspective to measurements such as distance, volume, temperature and acceleration. How much more energy is contained in a fast-food meal than in the typical AA battery? “Magnitude” has it covered, colorfully. Extra points for Watzke’s status as a Seattle-based science writer.

Otherworlds: Visions of Our Solar System: Artist-photographer-filmmaker Michael Benson follows up on previous coffee-table books such as “Far Out,” “Planetfall” and “Cosmigraphics” with a stunning volume that takes you on a tour of the solar system, starting with low Earth orbit and the moon, and moving outward all the way to Pluto. Greatest hits from Voyager and other classic missions are included, as well as recent snaps of Mars from Curiosity and Comet 67P/Churyumov-Gerasimenko from Rosetta. (But alas, none of the Dawn mission’s pictures of Ceres.)

Big Pacific: Rebecca Tansley’s photo-filled book is a tie-in for a five-part PBS series that aired this summer, focusing on the dazzling creatures that live in and around the Pacific Ocean. It’s not all just pretty pictures: Tansley addresses the challenges of conserving endangered coral reefs, confronting ocean pollution and dealing with the effects of natural disasters. Toward the back of the book, she gives a shout-out to the Pacific Northwest’s Cascadia subduction zone, which unleashed a huge earthquake and tsunami in 1700 and could do so again.

People of the World: Cultures and Traditions, Ancestry and Identity: An encyclopedia of the world’s ethnic and cultural groups sounds like an invitation to an argument, but Catherine Herbert Howell and her colleagues handle the diversity issue with the skill you’d expect from National Geographic. For example, when you turn to the chapter on North America, “Americans” and “Canadians” are just two entries mixed in with 28 indigenous groups. Humanity’s genetic story is interlaced throughout the text like a twisting double helix. 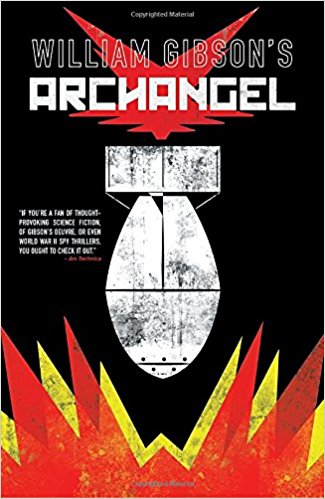 Archangel: Cyberpunk pioneer William Gibson teams up with Michael St. John Smith and illustrator Butch Guice on a graphic novel that takes on a classic science-fiction theme: What happens if someone travels back in time and changes the course of World War II? Oh, and did we mention that there’s a Donald Trump angle? Extra points for Gibson’s status as a resident of Vancouver, B.C., just up the road — and for his willingness to take on the comic-book medium. If for some reason you’re not a fan of ink on paper, the tale is also available as a five-part digital download.

Artemis: How do you follow up on a smash hit like “The Martian”? Andy Weir’s latest novel is set in a lunar colony called Artemis, where a down-on-her-luck porter gets tied up in a criminal tangle of cosmic proportions. Film rights to the book have already been sold. Extra points for the fact that Weir and Seattle sci-fi author Neal Stephenson will be talking about the novel and the writing process at Third Place Books next week.

New York 2140: Speaking of the 22nd century, Kim Stanley Robinson’s latest novel addresses the coming climate change catastrophe and how it could change the character of the world’s financial capital. (The country’s political capital, meanwhile, has been moved to Denver.) Robinson’s New Yorkers of the future turn out to be as scrappy, resourceful and resolute as today’s denizens of the Big Apple. 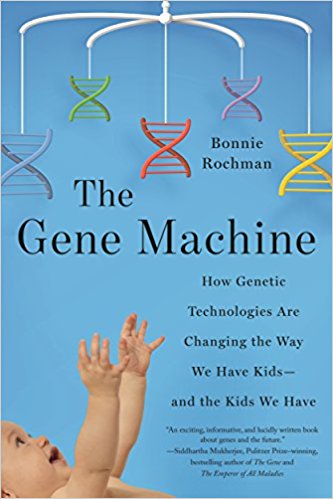 The Gene Machine: How Genetic Technologies Are Changing the Way We Have Kids — and How Many Kids We Have: Seattle journalist Bonnie Rochman’s first book tackles the knotty issues that face parents in a biotech age: How much can genetic testing reveal, and how reliable are the results? If tests suggest your infant daughter is genetically predisposed to breast cancer, would you want to know? Rochman turns to genetic counselors, spiritual advisers, researchers, parents and her own experience to explore the ethical dilemmas and potential routes to resolving them.

Soonish: Ten Emerging Technologies That’ll Improve and/or Ruin Everything: Dude, where’s my flying car? My spaceship? Fusion power? Robot butler? Brain chip? Kelly and Zach Weinersmith select 10 technological frontiers, explain why they’re harder to get to than people may have thought, and project what the state of things will be. “We urge you to check back in a few years to grade our accuracy,” they write. Extra points for Zach’s status as the cartoonist behind Saturday Morning Breakfast Cereal, which comes in handy for illustrating the book.

The Lost City of the Monkey God: A True Story: For centuries, adventurers and archaeologists have puzzled over reports of a lost city in Honduras, dating back to the 16th century. In 2012, researchers took advantage of high-tech aerial surveys to turn up fresh evidence of ancient settlements. Bestselling author Douglas Preston brings the centuries-old quest up to date. If you enjoyed “The Lost City of Z,” put this book on top of your reading list.

Rigor Mortis: How Sloppy Science Creates Worthless Cures, Crushes Hopes and Wastes Billions: NPR science reporter Richard Harris sheds light on the dirty secrets of biomedical research: how scientists used the wrong types of cells for breast cancer studies, even though they should have known better … how researchers win rewards for flashy results, and avoid punishment for getting the facts wrong … and why billions of dollars go to studies that can’t be replicated. “We the public need to realize that failure is impossible to avoid in science,” Harris says, “but we can expect scientists who are spending taxpayer dollars to avoid unforced errors.” 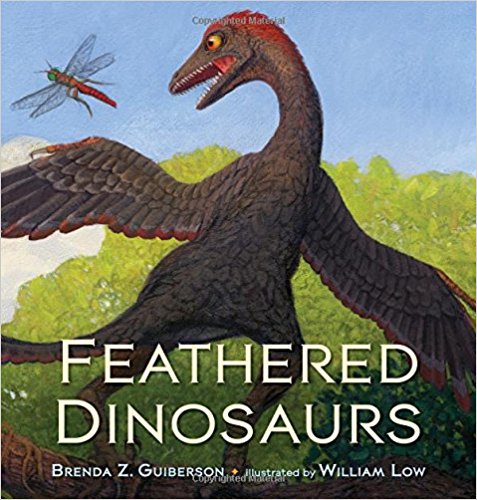 Feathered Dinosaurs: Paleontologists have found solid evidence that many types of dinosaurs had feathers, but you don’t often see them shown that way. Brenda Guiberson and illustrator William Low remedy that sad situation for kids aged from 4 to 8. The National Science Teachers Association praises the book for “showing feathers as a major evolutionary development, which gives evidence of the ‘connection between the feathered dinosaurs and modern birds.’ ” (More recommendations from the NSTA)

Wicked Bugs: The Meanest, Deadliest, Grossest Bugs on Earth: Amy Stewart’s bug book for grown-ups has been adapted for young readers aged 8 to 12, with elegant illustrations by Briony Morrow-Cribbs. Some of the meanies featured in the book are well-known critters like mosquitoes and bedbugs. Others are exotic insects like the brain-eating phorid fly and the chemical-spraying bombardier beetle. In every case, you’ll learn something weird and wonderful about wicked bugs.

Exploring Space: From Galileo to the Mars Rover and Beyond: How can you go wrong with robots and space exploration? Martin Jenkins’ prose and Stephen Biesty’s illustrations, geared for the 8-to-12 set, win high praise from the Planetary Society’s Emily Lakdawalla: “A very good introduction to the exploration of space by humans and robots, with detailed hand-drawn illustrations that remind me of my favorite David Macaulay books.” (More recommendations from Emily Lakdawalla)

Try This, Extreme: 50 Fun and Safe Experiments for the Mad Scientist in You: Karen Romano Young’s sequel to “Try This!” kicks things up a notch. Kids can learn how to freeze bubbles, or build a solar still to purify water. This recipe book for hands-on science experiments, written with 10- to 12-year-olds in mind, is one of the finalists in the AAAS/Subaru SB&F Prize competition. (More recommendations from SB&F)