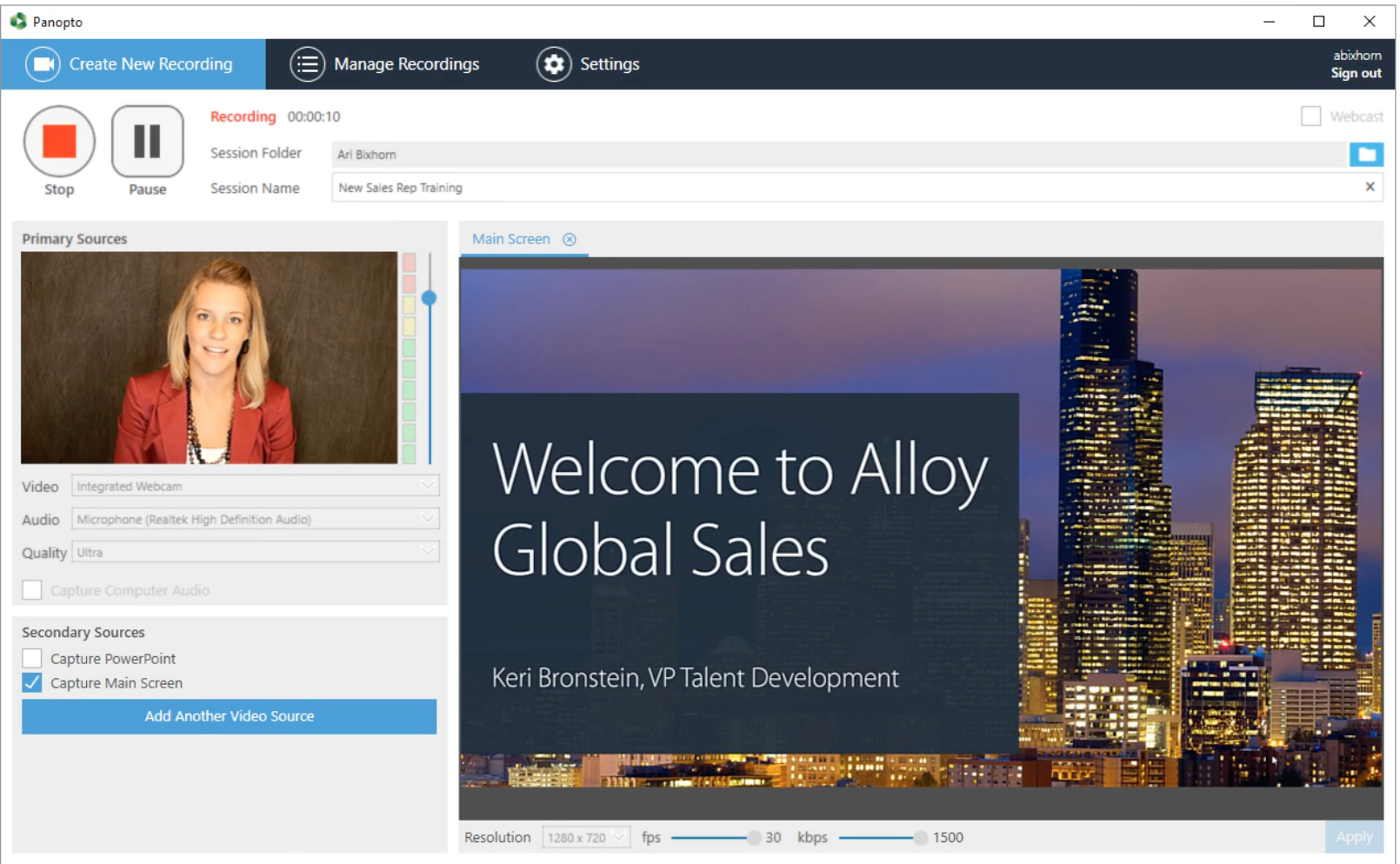 Panopto is on a roll.

The 10-year-old enterprise video company plans to double the size of its Seattle headquarters after it set records for active users, revenue, and renewals in 2016.

Panopto helps clients like LinkedIn, Qualcomm, GE, McKinsey & Company, Yale University, and others manage their internal videos and slides for training, events, sales, marketing, and more. The company says it has the “largest repository of expert learning videos” in the world with more than two million videos. Its users recently streamed more than one million hours of video in one month.

Panopto employs 120 people worldwide, including 55 employees in Seattle, where it relocated its new headquarters in 2015 from Pittsburgh. The company told GeekWire that it plans to double its Smith Tower office space in Seattle, with room for around 100 employees.

Panopto initially spun out of Carnegie Mellon University as a small startup, using technology originally developed by co-founder and CEO Eric Burns in 1998. After building the company with $8 million in venture financing for nine years, Panopto raised a $42.8 million round this past August.

“The video platform industry has an amazing opportunity ahead,” Burns said in a statement. “A technology that has already reshaped higher education will someday touch the life of anyone who seeks to communicate information or improve themselves through learning. With our relentless focus on making video easier to use, Panopto is uniquely positioned to capitalize on this trend, and to continue the growth we experienced in 2016.”

Panopto, which competes with Microsoft, IBM, Kaltura, and others, first targeted universities that wanted a way to capture, store, stream, and sort through videos of lectures. A few years ago, though, the company also found demand in enterprise video content management — organizations ranging from financial institutions to appliance manufacturers that wanted a way to manage videos and slides for training, events, sales, marketing, and more.

In addition to the Seattle headquarters, Panopto has offices in Pittsburgh, London, Hong Kong, Beijing, and Sydney.