2nd Watch, which helps large organizations such as Crate & Barrel, Condé Nast, Coca-Cola North America and Lenovo build and deploy applications on top of Amazon Web Services, today announced $19 million in funding that it will use to grow its cloud enablement and migration services.

2nd Watch CEO Doug Schneider said that the company added several large customers in 2016, and the funding will fuel the growth of the business as more organizations increasingly transition to the public cloud. He told GeekWire that 2nd Watch’s goal is to help large enterprises “modernize their IT infrastructure,” moving those companies from legacy private data centers to AWS.

“We’ve seen more traditional enterprise companies not just adopt the public cloud, but accelerate adoption,” Schneider said. “This raise is really targeted toward continuing to invest to be ahead of the demand we see in the marketplace, and what we’re seeing from our customers in terms of how quickly they are growing.”

2nd Watch claims more than 400 enterprise workloads under management, and more than 200,000 instances in its managed public cloud. It offers end-to-end support for cloud migration, which includes the design, financial planning, building, and managing of public cloud services. The company doubled its revenue in 2016. 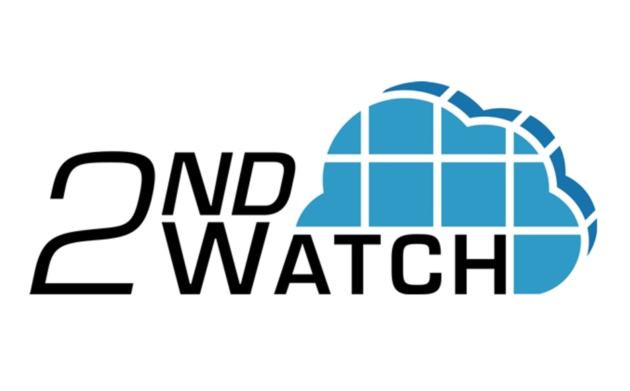 “Typically, when a company wants to adopt the public cloud, it can be very overwhelming,” Schneider said. “It’s kind of like building a new custom home, and we function as the architect.”

2nd Watch employs about 160 people, with plans to top 200 later this year. It has offices in Seattle, Spokane, New York City, and Atlanta.

Some of the company’s rivals include Accenture and Cloudreach, the latter of which sold a majority stake to private equity firm Blackstone last month. In a press release announcing that deal, Cloudreach co-founder Pontus Noren said the investment would enable their customers “to innovate at pace and adapt their business to today’s IoT, AI and digitally driven world.”

It’s a competitive and growing market, with Forrester estimating that public cloud services will be a $236 billion industry by 2020. Schneider said that large enterprises are accelerating adoption of the public cloud, one of the reasons they are expanding with a new East Coast Managed Cloud Services Center in Raleigh, North Carolina.

A way for these enterprises to become more agile is to unlock the power of the public cloud.

“They’re telling us that traditional infrastructure solutions and partners are ill-equipped to manage workloads and virtual data centers in the public cloud,” said Schneider in a release. “As companies move in this direction, they require support from partners like 2nd Watch that have experience managing the largest and most sensitive applications and workloads on AWS.”

At this time, 2nd Watch is largely focused on assisting clients with AWS integrations. It is recognized as an AWS Premier Partner, and is now a part of the AWS migration acceleration program. But that may change over time, with Schneider saying that they plan to work with all of the other major cloud platforms.

“Not a question of if, just a question of when,” said Schneider of the company’s expansion onto other public cloud platforms, adding that they will follow the lead of customers.

Schneider is the former president of Verio, which he led to an IPO before selling to NTT Communications for more than $5 billion in 2000. He most recently served as executive vice president and general manager at Melbourne IT, a publicly held Australian Web hosting company. He’s also the former CEO of AllCall.

Schneider has seen a lot of change while helping lead tech companies for more than two decades. But he hasn’t seen a level of disruption that has come with enterprises migrating to the public cloud from legacy IT systems.

“A way for these enterprises to become more agile is to unlock the power of the public cloud,” Schneider explained. “You may not have seen all the dollars shift yet, but the focus has definitely shifted. There is just a massive tailwind behind this with the thesis around more and more workloads ending up in the public cloud.”