In the future, Amazon drones may be able to tell you to get out of the way — and listen to your response — when delivering a package. The Seattle tech titan won a U.S. patent this week for drones that can emit and receive audio messages.

For example, a drone might be on its way to deliver diapers when (using sensors) it notices someone rudely standing in the designated drop-off zone. It “may produce speech in order to warn or instruct the object,” according to the patent. 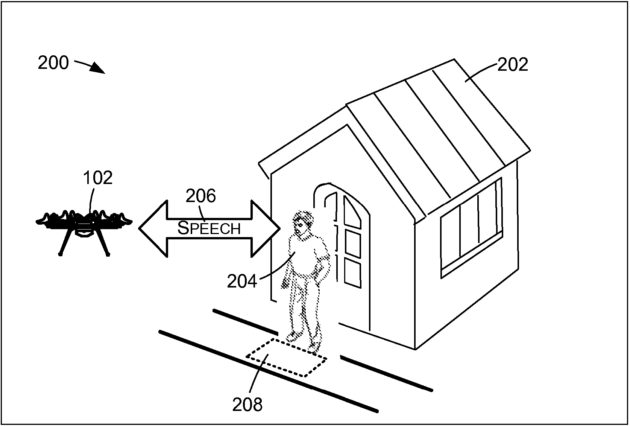 The concept is in line with other Amazon products that are being developed with voice-controlled digital assistant, Alexa. It’s possible that human customer service agents may also use the technology to communicate remotely with people and animals on the ground, the patent says.

Although the patent doesn’t mention Alexa specifically, Amazon is building the digital assistant into more and more of its devices, including the new Echo Show and Echo Look. 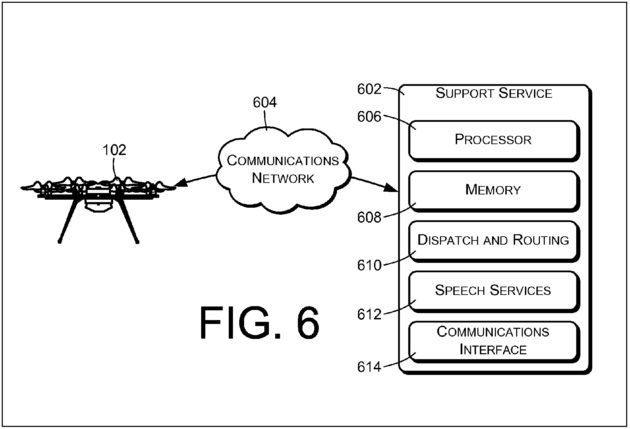 The patent also envisions some delivery drones that have two-way live video capabilities “so that the support person and the nearby person may communicate by both voice and video.”

There’s no guarantee that Alexa-enabled drones will become a reality. Amazon files thousands of patents, many of which never come to fruition. But given Amazon’s determination to make delivery drones commercially viable and its deep investments in Alexa, it’s certainly more plausible than some of the company’s other wild patents.