SAN FRANCISCO — Microsoft’s Windows Phone devices and Windows 10 Mobile operating system got barely a mention today at the Build developer conference here, highlighting the company’s struggle to compete against Apple, Google, Samsung and others in smartphones and mobile operating systems. 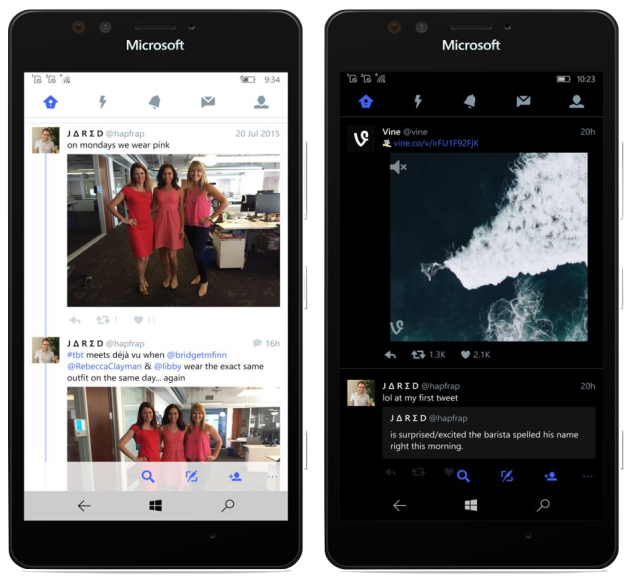 After backing away from a plan to make Android apps work on Windows devices, Microsoft has been banking on its “universal” app approach to build up the catalog of apps for Windows-powered smartphones, letting developers easily write software for Windows machines of all sizes.

Starbucks and Facebook are among those releasing new universal Windows apps, but users of Windows-powered smartphones still find themselves without many apps available on other devices.

Meanwhile, with a small sliver of the smartphone market, Microsoft has narrowed its lineup of first-party Windows smartphones as the company has backed away from its disappointing acquisition of Nokia’s smartphone business. And Microsoft is making its own apps available for Android and iOS.

Terry Myerson, the Microsoft Windows chief, spoke candidly about Windows Phone in an interview with Tom Warren of The Verge today: “We’re fully committed to that 4-inch screen, there will be a time for it to be our focus, but right now it’s part of the family but it’s not the core of where I hope to generate developer interest over the next year,” Myerson said.

So where does this leave software developers who focus on Windows? And what about loyal Windows Phone users? We asked attendees at Build to weigh in on Microsoft’s smartphone strategy.

Our sample included current and former Windows Phone users — and one well-known Microsoft beat reporter who has reluctantly given up her Windows Phone in favor of an Android device.

In some cases, we discovered, Windows Phone users and developers seem to be more devoted to the platform than Microsoft at times. Here are highlights from their comments. 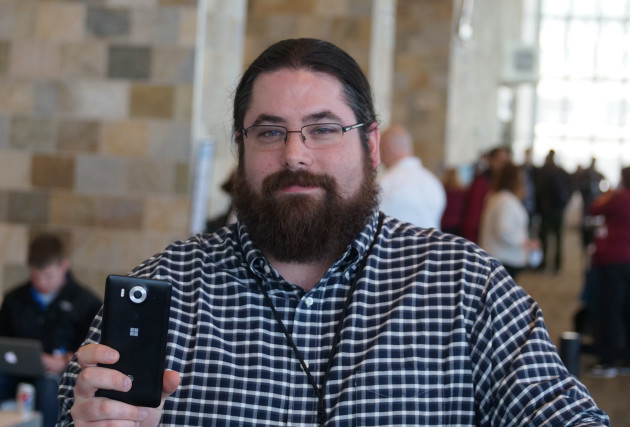 Nick McClure, application software developer, University of Kentucky: “I think their [market] position right now is pitiful. From a UI and a platform perspective, I like it the best of the three main ones, but the lack of apps is still a real problem. Without some of these third-party companies actually building the apps for it, Microsoft is going to continue to struggle unless they try to get the phone in specific verticals, like purchasing or (point of sale) systems. I think they could see a future there.”

“On the flight out here, Delta, all the flight attendants had Windows devices, and that’s how they were doing credit card swipes. I think Microsoft could make some cool stuff there, if they’re not going to do a consumer focus, but without the app makers, they’re going to have a hard time doing a consumer focus.”

Sadhana Ganapathiraju, desktop app developer, Minnesota: “I actually used to have a Windows Phone way back, but then there were no apps at all, so I switched back to an iPhone. But I think with Cortana and all the new things they’re doing, they might actually start gaining more market share.”

I think they might be fine [without a strong lineup of first-party devices] because on the Android platform, Google does have its own smartphone hardware, but the Samsung ones are more popular anyway, so I guess Microsoft might be able to pull it off, as well. They were always a software company mostly, right, so they should stick to their strengths. Apple and Android have a stronghold on the market share, but I think Microsoft is doing innovative work. … One really cool thing that Microsoft is doing is you can now develop iOS and Android apps from .NET and Visual Studio.

Mary Jo Foley, journalist, ZDNet’s All About Microsoft, on Microsoft’s smartphone position and strategy for software and hardware: “They’re kind of nowhere, which is disturbing to me, because I’m a huge Windows Phone fan. I was one of the last holdouts in the 1 percent. I love the UI; I love the tiles; I like that it’s really set up for people who are heavy Microsoft users from the get-go.”

“But there are no apps. Especially local apps. All the time in New York I’m looking for an app for a museum, or an app for the building I live in. They have an app for the residents, and it’s not on Windows Phone. It just got to the point where I’m like, of course, there’s not going to be an app, so I’m not going to look in the store to see if there’s an app.”

I’m a reluctant switcher, and I keep hoping if they end up doing a Surface phone, someday, that I might switch back.

“I know their strategy is to say, if people develop for Windows it will pull through to phone, but it’s not happening, and a lot of that is because people who are developing certain apps for phone, they don’t care if it’s on Windows, or vice versa. So I don’t think the strategy they have now is working.”

“I wasn’t one of those people who thought the Android bridge was going to save Windows Phone. A lot of people said, oh, if they’d only done that, then all of the Android apps could run on Windows Phone and it would have been great. But why wouldn’t you just buy an Android phone then? It didn’t make sense to have a Windows Phone platform then.”

“So I really don’t know what they can do. I feel like they’ve really tried. They’ve been really persistent. They’ve even sent people who’ve built the phone platform to retail stores to try to sell them to customers because the clerks weren’t selling them. That’s true dedication but it hasn’t done anything.”

“I just switched to Android, finally. It’s funny, because my Android phone is configured like a Windows Phone, pretty much. I have all Microsoft apps on it. I don’t use Gmail. I don’t use any of the Google apps except for maps. So for me, it wasn’t a big transition app-wise. But I’m a reluctant switcher, and I keep hoping if they end up doing a Surface phone, someday, that I might switch back.”

Sujatha Rajasekaran, web developer, Kansas City, Mo. “I’m a big fan of Microsoft, and after seeing this Build, I feel like they can do better with phones, also. With the software and intelligent chat, all those things they are bringing in, I feel like they can go forward and keep the market for the Microsoft phone.”

“Right now, I use an iPhone, but I’m looking forward to Microsoft to bring up something new with hardware and software. If that beats the iPhone, really [it is possible] for Microsoft to win in the future.”

Greg Wrobel, database administrator, Atlanta: “They don’t seem to be making a focus of it. I think that they’re working on cloud, and that’s probably going to reintegrate with the smartphones. It sounds like they’re being a lot more open to other technologies — bringing in Linux, making sure that things are operable on Android and iOS. I think that’s probably a better way for them to go anyway.”

“For me, I just want a phone that works. Because my wife and kids have iPhones, it’s a single, simple, easy solution. I’m not worried as much about what all I can get out of it. If I can call somebody I’m really happy with that. If somebody handed me a Windows Phone and said, use this, I’d probably take it.”

Michael Farias, software developer and Windows Phone enthusiast/hobbyist: “I think it’s a great device. I prefer the way the Live Tiles work. It’s in the middle between the walled garden (of iOS) and the more chaotic jungle that Google is. I’ve had Windows Phones or mobile devices since 2005, going all the way back to Windows Mobile 5. Die-hard. I’ve taken a ribbing at times from friends.”

“There’s occasionally some apps that aren’t there, but as far as living with the device every day, there’s nothing that really blocks me. It’s only a couple banking apps or a few specific scenarios that don’t work, but as far as general usability I’ve found it to be adequate.”

It’s a little bit tough to reach that finish line when the landscape keeps changing. Hopefully with the Windows Universal Platform we can actually build on it for more than a couple years.

“I’ve been playing around with the developer side of it since 2006, 2007. I saw it go from the very beginnings of the .NET Micro Framework on Windows Mobile into what they started with Windows Phone 7 with Silverlight. It was a good way to go with the XAML plus C#, but only right now with the universal apps, the Universal Windows Platform, do I really feel like they’ve got it all together.

“With the developer tool changes, I was along for the ride, and oftentimes it was like starting over again when we hit those transitions between 7 and 7.5, getting into 8.1, there were these big jumps. … I think Windows 10 is more polished, the developer experience is much better, but it’s like, is this the year when we finally get to start rolling? It’s a little bit tough to reach that finish line when the landscape keeps changing. Hopefully with the Windows Universal Platform we can actually build on it for more than a couple years.”