If you’ve used Uber to hail a ride around town, it may seem like there isn’t all that much that goes into the app. You press a few buttons, a driver picks you up, you get dropped off, you pay for the ride, rate the driver, and it’s done.

But underneath the skin of Uber’s app lies complex algorithms, complicated systems, dynamic pricing, supply positioning, mapping data, and much, much more.

“It’s like an iceberg,” said Uber CTO Thuan Pham. “Most of it is underwater that you don’t see.”

GeekWire sat down with Pham earlier this month at Uber’s Seattle engineering office, which is expanding rapidly as the ride-hailing giant — now valued at more than $60 billion — continues its rocketship growth.

Uber opened its Seattle engineering center about a year ago with just a handful of people and last month moved into a larger downtown office that is home to nearly 100 employees. There are plans to double that headcount in 2016.

“We’ve got 100 world-class people here,” said Pham, who joined Uber in 2013 after eight years at VMWare. “We thought we may have 50 at this point, but everything is exceeding our expectations. That’s just the way the pace of this company works.” 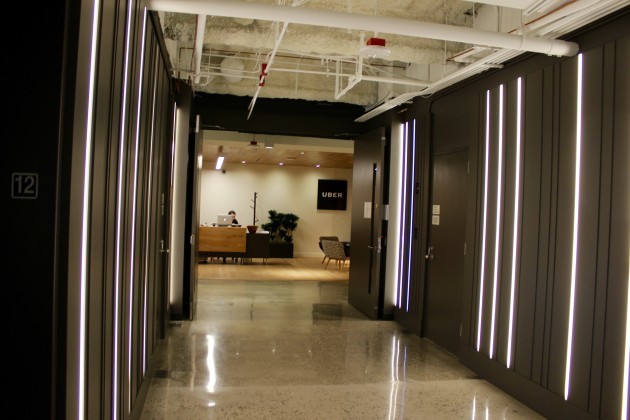 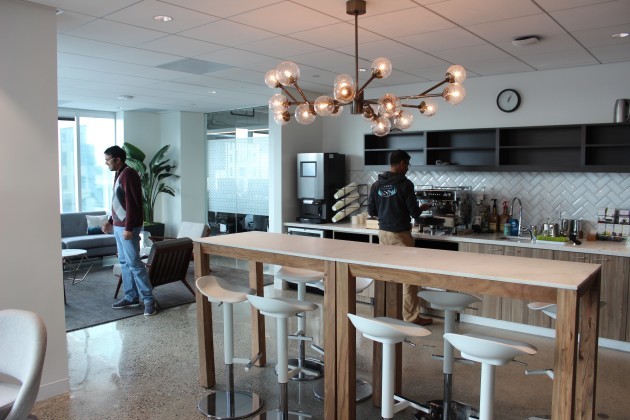 As Uber continues to expand around the globe — the app is live in more than 400 cities across 68 countries — and add new features like UberPool or UberEats, there is high demand for more engineers. The Seattle engineering office, Uber’s first outside of San Francisco, has become crucial to the company’s success.

Tim Prouty heads up the engineering operations in Seattle for Uber, joining the company last year when the office opened after a stint at EMC’s Isilon Storage Division.

“It’s totally common for someone to show up here and after two months say they’ve done more at Uber than in the last year at their previous company,” said Prouty, a graduate of the University of Washington’s computer science program. “People are just amazed by how much gets accomplished.”

Derek Orr, a senior product design lead at Uber who came from Microsoft — there are non-engineering related folks at the office, too — said that the pace of work was attractive. He quoted Uber CEO Travis Kalanick, who once said that “fear is the disease; hustle is the antidote.”

“I certainly saw Uber as an opportunity to really push myself and work along the best folks in the industry,” he said.

Working at such a fast pace can potentially cause problems, particularly for a remote cohort like the one in Seattle. But Prouty said Uber, which has about 1,200 engineers worldwide, is intentional about creating teams in Seattle that are autonomous, where decision-making can be localized.

“It’s really easy in a remote office to structure a team so they are heavily dependent on another office,” he said. “It means you can’t make decisions or build software without needing someone who is not sitting right there next you.”

Madhu Ravichandran, an engineer who came from Amazon, said she likes the sense of autonomy at the Seattle office as it works with HQ down in the Bay Area.

“There’s a balance,” she said. “We can still talk to them for help, but we also get work done independently.”

Prouty noted how Uber has been able to attract employees in Seattle that hail from a diverse set of backgrounds, both from big companies like Microsoft and Amazon, along with startups around town.

“It creates these really dynamic teams that are able to run fast, but also leverage all context they have from other places to create super teams that are composed of just amazing people,” he said.

Uber, which also has a Seattle-based operations team at a separate office, is among a throng of Silicon Valley-based tech giants — including its arch-rival Lyft — that have engineering centers in Seattle, hoping to tap into the technical talent base in a city that is also more affordable for many folks looking to re-locate from the Bay Area.

“There are so many things that are great about this market,” said Pham, Uber’s CTO. “Even beyond the big companies, there are a lot of real innovative startups and the awesome University of Washington system. The kind of specialized talent here is very, very amenable for building a world-class engineering organization.”

We’ll have more from our sit-down interview with Pham later on GeekWire, so stay tuned for that.