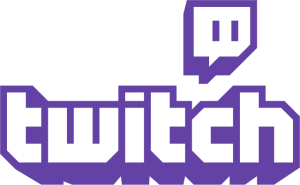 ELeague, the competitive gaming venture from Turner Sports and WME | IMG has reached a multi-year deal with the Amazon-owned streaming platform Twitch to distribute live event coverage and on-demand content.

ELeague launches on Tuesday and fans will be able to watch streaming coverage of six games per day on Tuesdays and Wednesdays starting at noon ET, according to a news release.

Each Thursday during the six-week regular season group play, ELeague coverage will begin at 2 p.m. with a pair of best-of-three matches.

Additionally, simultaneously with the Friday night weekly showcase on TBS, beginning at 10 p.m. ET, an alternative viewing experience will allow fans to follow the best-of-three weekly finale across the Twitch platform.

Per the agreement, each of ELeague’s live tournaments will be available through the ELeague Channel on Twitch and via Twitch’s embeddable player.  The ELeague Channel will also host VOD content including full replays of tournament action upon completion of each day’s action.

Turner was a big player at the Consumer Electronics Show in Las Vegas in January, playing host to a Counter-Strike: Global Offensive championship and the inaugural Sports Business Forum. GeekWire’s Taylor Soper even rubbed shoulders (well, not quite) and talked tech with TNT “Inside the NBA” analysts Shaquille O’Neal, Charles Barkley and Kenny Smith.

All of #ELEAGUE (including @SHAQ!) will be broadcast on Twitch!

ELEAGUE and @Twitch – it's official!https://t.co/QvDJSUVusx

ELEAGUE begins May 24. Coming to TBS Network Friday, May 27. pic.twitter.com/zc3E5Cz0TP

“Twitch has become the live streaming destination for millions of gamers on a global scale and we’re looking forward to directly connecting ELeague with its passionate community,” Christina Alejandre, general manager of ELeague, said in a news release. “We’re incredibly excited for the launch of ELeague and Twitch provides us with a premier destination for fans to congregate and engage with our live event coverage.”

Amazon acquired Twitch for $970 million in 2014. At the time, the platform had more than 55 million monthly active users and had raised $35 million since debuting in 2011.

“At Twitch, we love to see partners push the envelope of live digital broadcasting,” said Kevin Lin, COO of Twitch. “Turner and WME | IMG investing heavily in eSports with ELeague is a great move in the right direction for the development of the industry, with their expertise sure to elevate the experience for fans, players and teams alike.”