If you want to be apart of a once-in-a-generation technology revolution, start developing games and apps for virtual reality platforms.

That was the message from Anna Sweet, head of developer strategy at Oculus, who spoke at the Power of Play conference in Bellevue, Wash. on Friday.

Sweet, who previously spent six years at Valve where she led development for the Steam platform, now works at Oculus where she helps the Facebook-owned virtual reality giant with developers relations.

“I get to talk to all the amazing developers around the world and convince them that they should start building VR experiences and then help them do that,” she said today. “It’s probably one of the most exciting jobs possible right now.”

Sweet encouraged folks with coding skills to consider building software for virtual reality, given the opportunity to innovate for a completely new engagement platform. She called it an “amazing moment.”

“It’s a different way to tell a story; to engage with a customer; to get a gamer immersed and involved in a totally different world,” Sweet said of VR. “And you get to throw out all the rules. We have to figure out new ways to move people around in a space. If you’re telling a story, you have to figure out how to get someone to look where you want them to look. All of the things we’ve learned about building games, we kind of have to take a step back and say, ‘how does that work in this new world?’ It’s going to drive an incredible amount of innovation and creativity.” 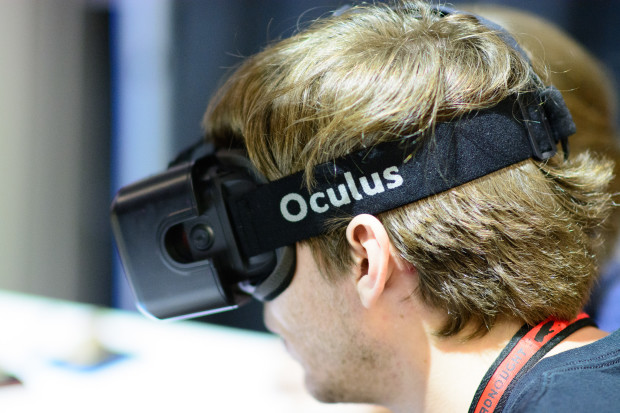 She stressed that the time is now to get into VR since the industry is still in its infancy.

“When we go back and look at the Pong or the Tetris of VR, the people in VR right now are the ones that will have built them,” Sweet added.

It’s not all about VR games, either. The same skills needed to develop video games can be utilized for other applications, too.

“Virtual reality has the ability to change every industry,” Sweet said. “All those people are going to need someone that has the ability to create an interactive VR experience that takes you to The British Museum or takes you to Machu Picchu or trains a doctor how to do a certain type of surgery — those are all things that need to be built by people with what we would traditionally call video game development skills.”

Now is the time — people are excited about this and people are making this jump now.

Sweet also offered some advice for developers thinking about building for VR. First, she said to take a step back and think about what experience you really want to create.

“What is the experience you’ve always wanted someone else to have, and how do you create it for them?” she noted.

It’s important to remember that in almost all cases, developers can’t take a game they’ve already built and simply port it to a virtual reality platform, Sweet said, noting that you need to “think about it from the ground up.”

“I wouldn’t start from the perspective of, ‘I’m just going to port it over,'” she said. “VR is just a whole new thing.”

Second, she said that developers should start today.

“Now is the time — people are excited about this and people are making this jump now,” Sweet said. “I would encourage anybody who thinks VR is exciting to start building and to start talking to us or other platform holders. Just make that experience a reality.”