Comcast is a “repeat offender” when it comes to over billing customers, according to six Democratic US senators, and the congressmen want the Federal Communications Commission (FCC) to force the company and others to “stop unfair billing practices.”

The senators, including Al Franken (D-Minn.), Elizabeth Warren (D-Mass.), and Bernie Sanders (D-Vt.), who is also a candidate for US President, wrote a letter to FCC Chairman Thomas Wheeler that lays out the problem. Nearly a third of all consumer complaints to the FCC concerning Internet services is a billing issue, the senators wrote. Of the complaints about TV service, 38 percent involved billing.

“Equipment rental charges are one of the numerous and often obtuse fees consumers face,” the senators wrote. The congressmen then singled out Comcast. “In particular, Comcast charges a monthly modem fee of $10–recently increased from $8–and makes an estimated $275 million to $300 million from these fees.”

Sure, consumers can buy and use their own modems, but the senators noted that this hasn’t stopped Comcast from charging modem fees anyway. Not only that but some customers have complained that it’s difficult to get Comcast to stop charging them for using their own modem. 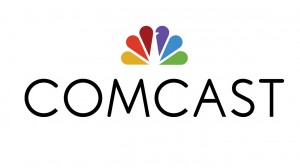 In the letter, the senators also wrote that “a lack of competition in the market has left many Americans without robust options when purchasing cable and broadband.”

This sounds as if the senators believe they’re disclosing something. That consumers have felt frustration over their lack of choices for broadband providers has been well documented for a long time. Competition is supposed to be as American as the bald eagle, but the fact is cable companies have operated monopolies in many areas and essentially lock customers in.

The senators wrote that 55-percent of US consumers have only one choice of high-speed broadband provider.

The senators’ letter is only the latest unflattering headline Comcast has generated of late. The company has angered some customers in Atlanta, Nashville and Miami after capping data use and charging more if the limits were surpassed.

In response to the senators’ letter, Comcast sent a statement to Ars Technica.

“Comcast operates in a highly competitive environment across all of our lines of business. Acknowledging some of our issues with customer service, we have undertaken a substantial, multi-year effort to reinvent the customer experience, including improving billing systems, reliability, and all of our interactions with our customers. We are investing hundreds of millions of dollars in this effort and are working hard to improve and we won’t stop until we have made the changes necessary. We take every FCC complaint seriously, and respond to each one on an individualized basis. We are also using the information from complaints in our ongoing efforts to improve the overall customer experience.”