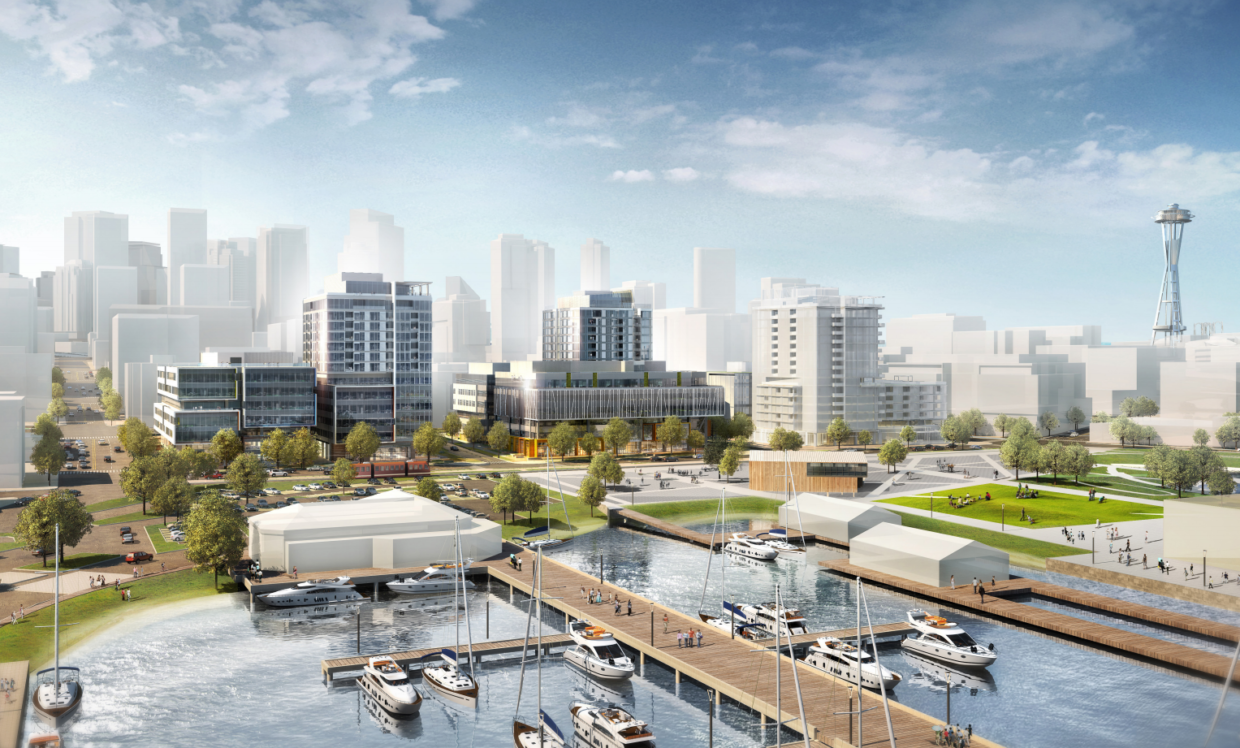 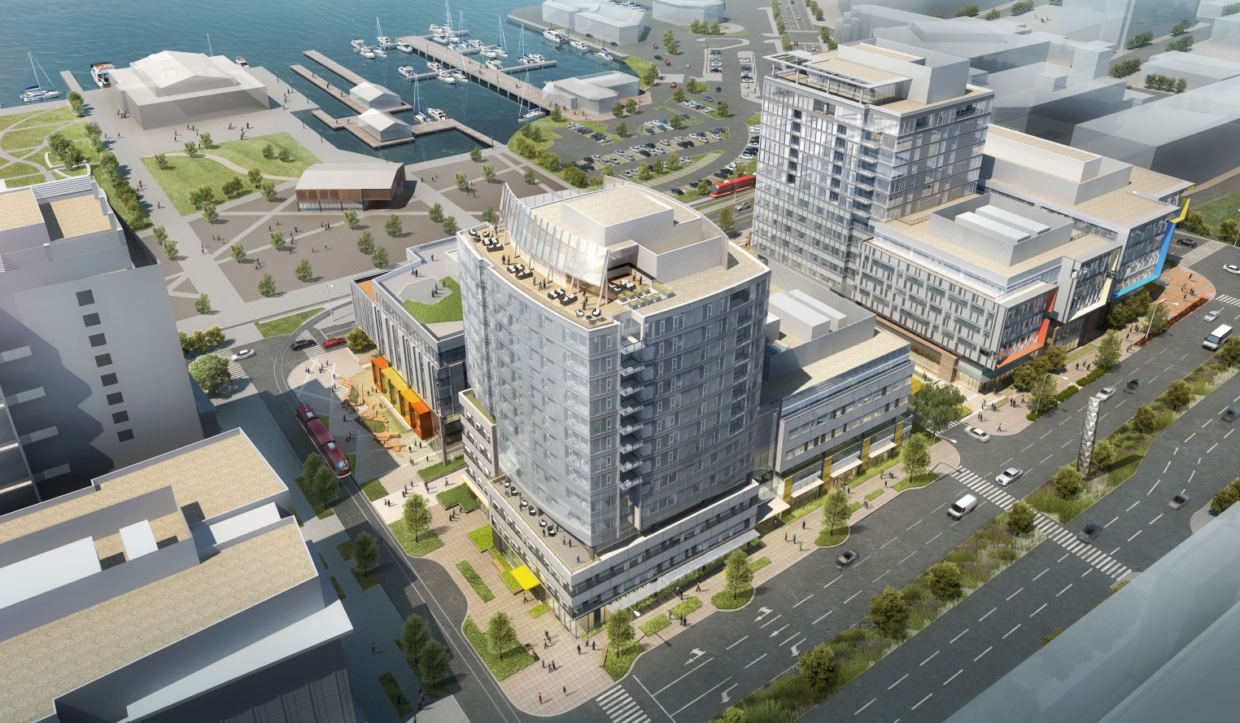 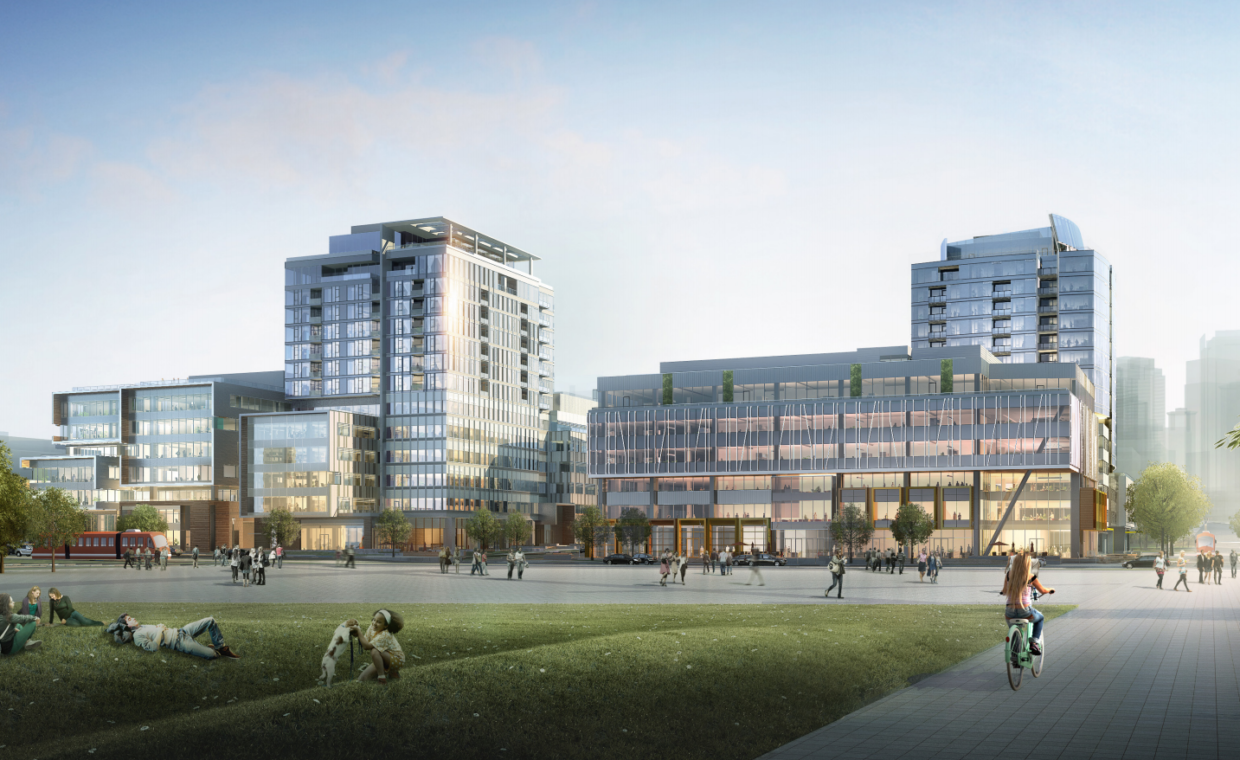 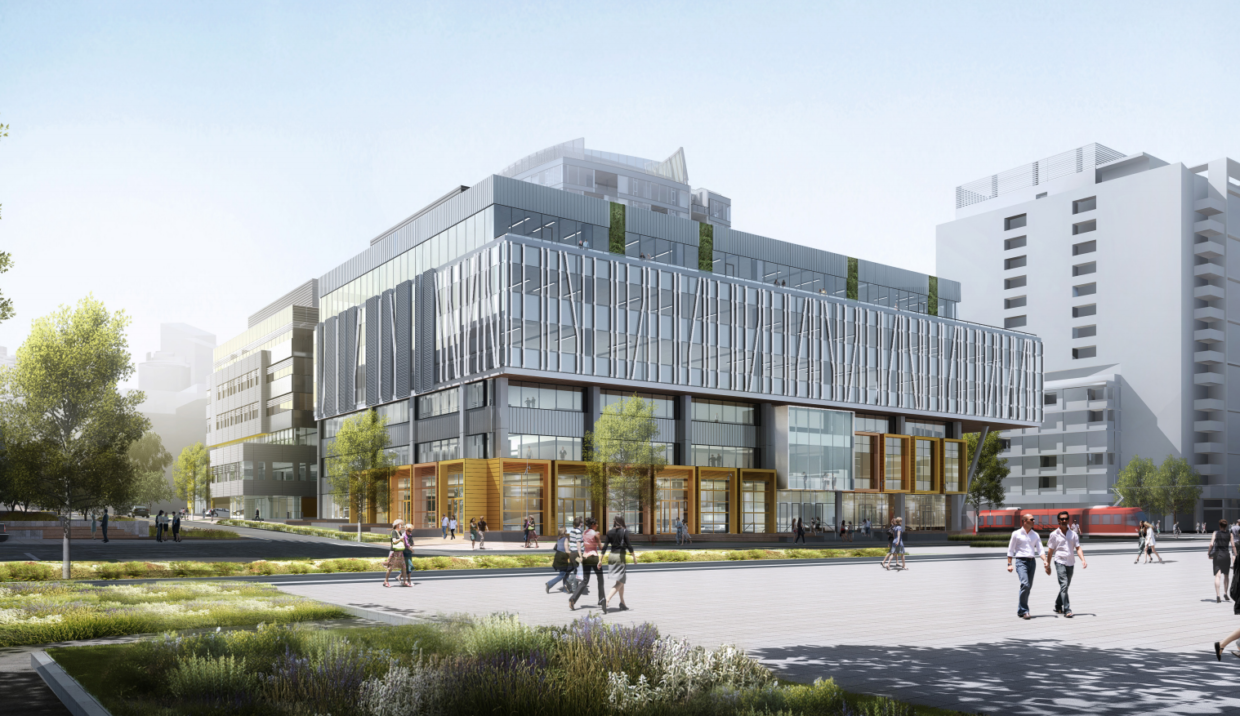 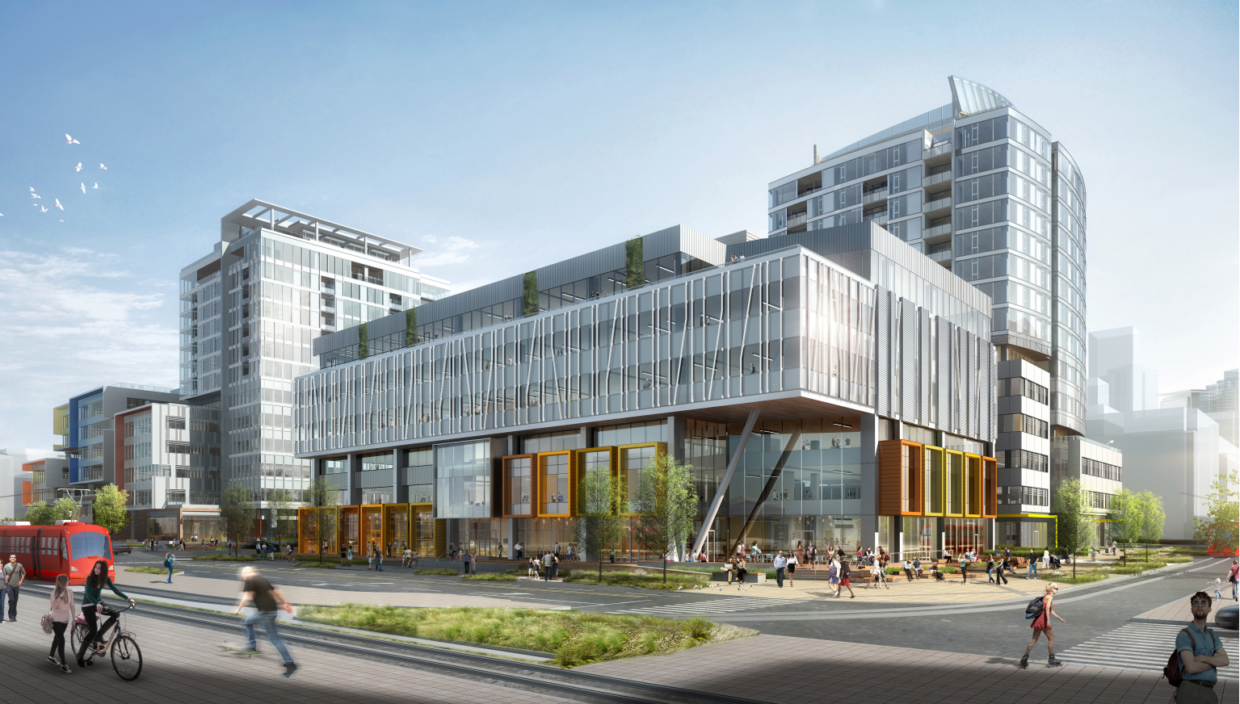 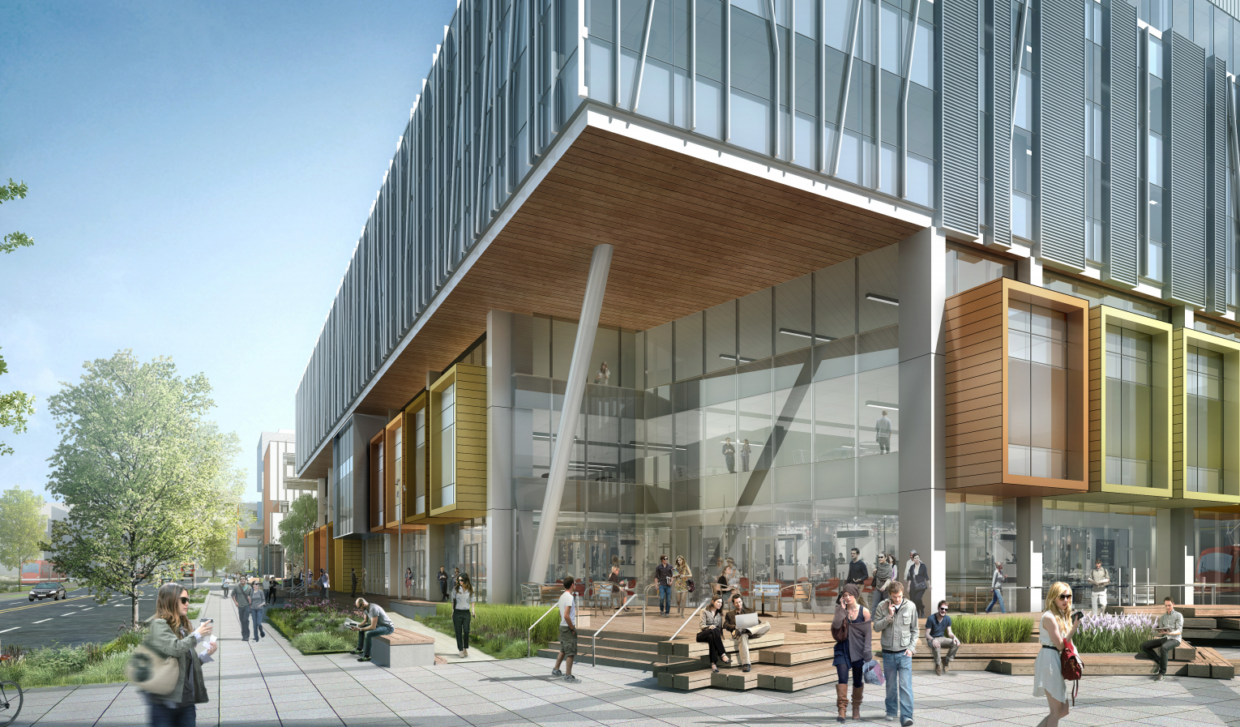 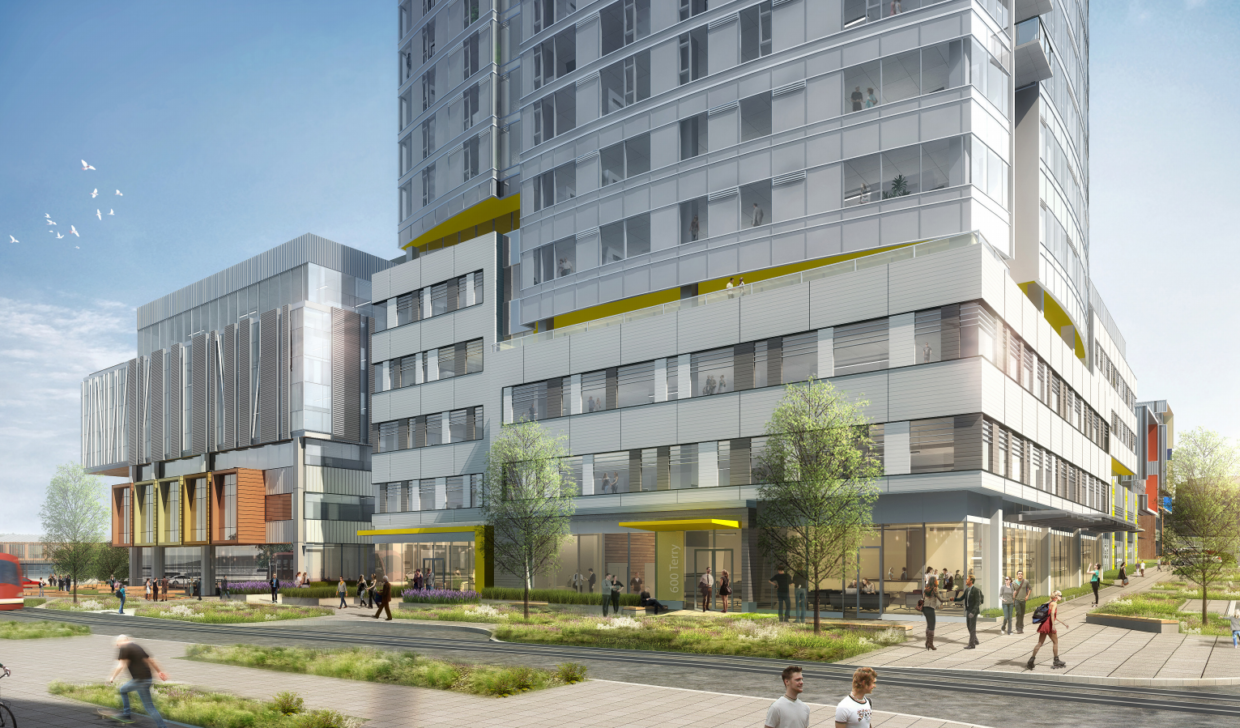 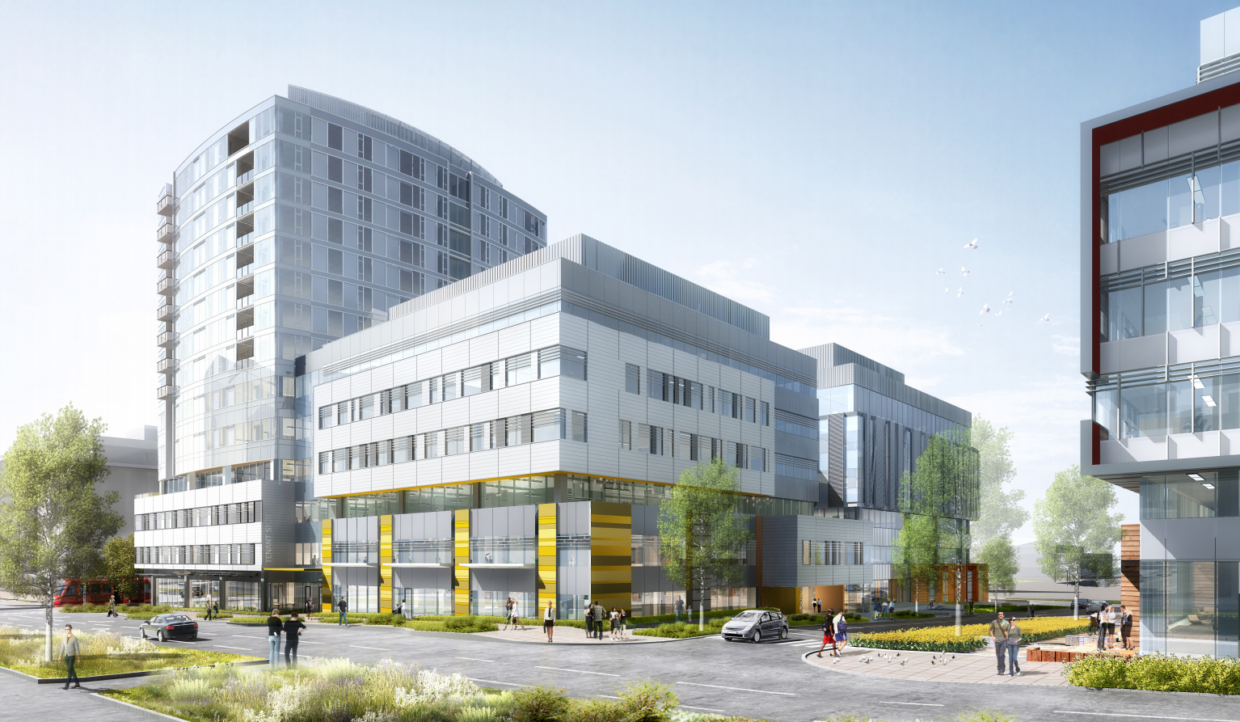 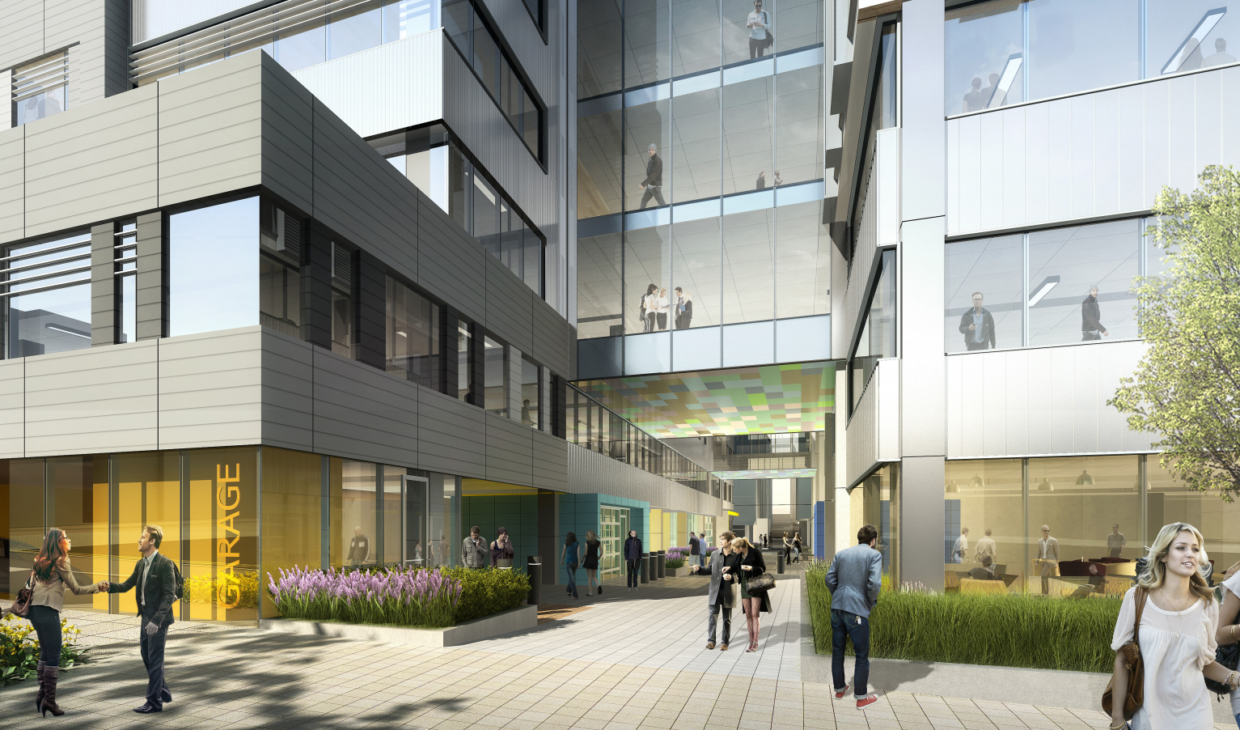 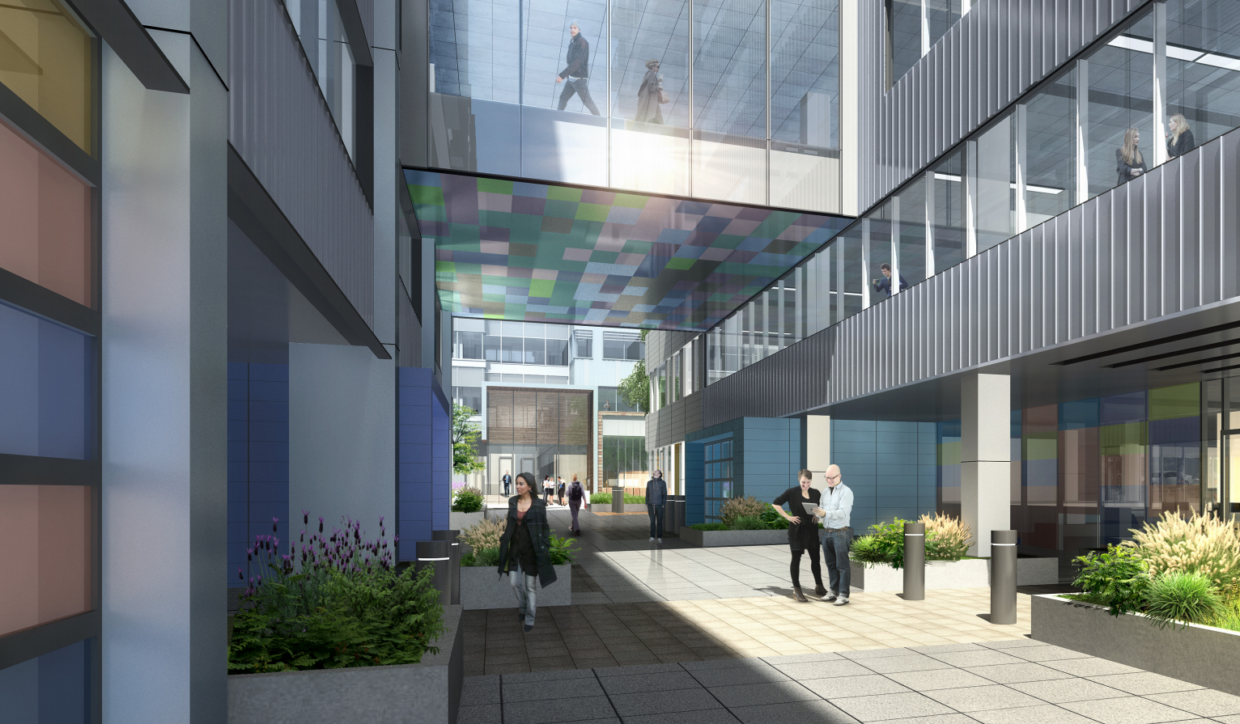 The team designing Google’s Seattle campus has released a new batch of images that show how the tech giant will drive the next evolution of the South Lake Union neighborhood, right in Amazon’s backyard.

The new images are part of a packet created for a design review approval meeting next week, where a group of local architects, developers, residents and community representatives will dissect and possibly OK building designs. Documents show the project on the block between Terry and Boren avenues north. will include a pair of six-story office buildings with a combined 313,500 square feet of office space. Above one of the office buildings will be eight stories of apartments with 79 units.

The project will also have a pathway through the center of the block, also known as a “woonerf” that connects Terry and Boren.  The meeting is set for 8 p.m. Sept. 21 at Queen Anne Community Center, 1901 First Ave. W.

Last week, developer Vulcan Real Estate and architect Graphite Design Group got design review approval for one of the Google buildings, known as Block 25W. It is on the north side of Mercer Street, between Fairview and Boren avenues north. A 14-story structure will be built on that site with six stories of office space totaling 145,600 square feet for Google and 69 apartments on the upper floors.

A second project on the same block, this one called Block 25E, will have another six-story office building for Google. This project has also received design review approval. 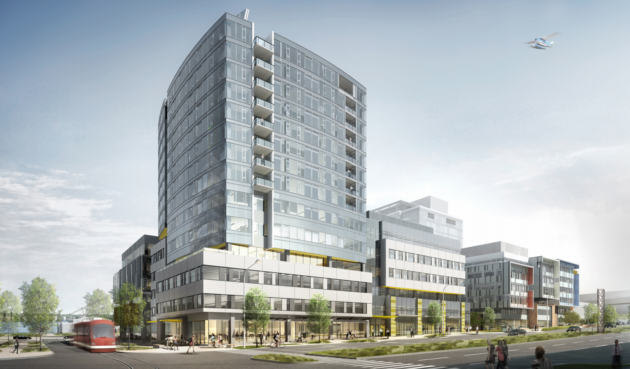 The entire campus in the neighborhood will have more than 600,000 square feet of office space for Google. Construction will take place in phases, beginning in the first quarter of 2017, Lori Mason Curran of Vulcan Real Estate previously told GeekWire. The combined office-apartment towers could open in the fourth quarter of 2018, with the office building on Block 25E possibly opening in the second quarter of 2019.

Google has agreed to leases lasting 14 to 16 years, a sign of the company’s long-term commitment to the Seattle region. Combined with Google’s recently expanded offices in Kirkland, Wash., the technology giant will be approaching 1 million square feet in the region with this new space.

Vulcan is planning a third block between Terry and Westlake avenues north, but that one does not involve Google. Plans for that block call for a 16-story apartment tower and six stories of office space. The three blocks were originally being planned together before Google leased the other two. Mason Curran said Vulcan has not picked a construction start date for the third block.