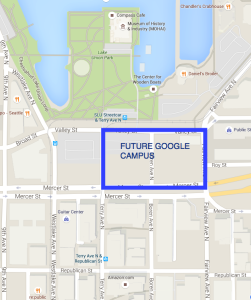 The architects and developers behind Google’s Seattle campus got the stamp of approval from a city design review board Wednesday for one of the buildings, pushing the project closer to starting construction.

The meeting was the third in front of the board for the project at 630 Boren Ave. N. in the South Lake Union neighborhood, a site also known as Block 25W. The project team has made numerous changes to the design since the first meeting and Wednesday night landed on a plan the review board liked, but still had some minor issues with.

Peter Krech of project architect Graphite Design Group said the team wanted the various parts of the building to match and coordinate, giving the structure a sartorially-satisfying aesthetic.

“We get our inspiration from a lot of things, including fashion. We all thought in our exploration the metaphor of an ensemble of clothing was a good one. It is not so much the intent that this be eclectic, or a set of matching or disparate separates, but rather an elegant suit draped in a wonderful fabric,” he said. 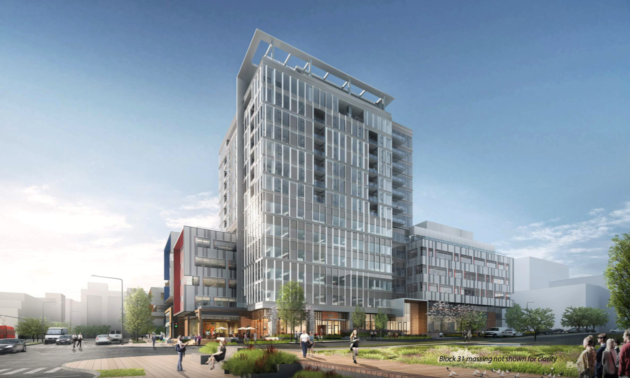 Block 25W is on the north side of Mercer Street, between Fairview and Boren avenues north. A 14-story structure will be built on that site with six stories of office space totaling 145,600 square feet for Google and 69 apartments on the upper floors. A second project on the same block, this one called Block 25E, will have another six-story office building for Google. It has already received its design review.

Another pair of Google office buildings with apartments above will be built on the block between Terry Ave N. and Boren Ave. N. That block will have approximately 290,000 square feet of office space and about 80 apartments. A review meeting for that block is scheduled Sept. 21. 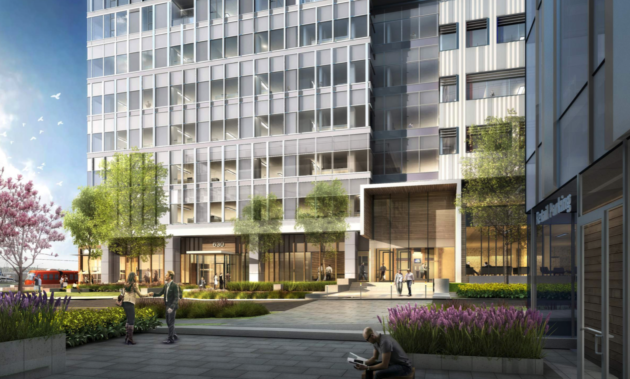 The entire campus in the neighborhood will have more than 600,000 square feet of office space. Construction will take place in phases, beginning in the first quarter of 2017, Lori Mason Curran of Vulcan Real Estate, the developer on the project, told GeekWire last week. The combined office-apartment towers could open in the fourth quarter of 2018, with the office building on Block 25E possibly opening in the second quarter of 2019.

Google has agreed to leases lasting 14 to 16 years, a sign of the company’s long-term commitment to the Seattle region. Combined with Google’s recently expanded offices in Kirkland, Wash., the technology giant will be approaching 1 million square feet in the region with this new space.

Vulcan is planning a third block between Terry and Westlake avenues north, but that one does not involve Google. Plans for that block call for a 16-story apartment tower and six stories of office space. The three blocks were originally being planned together before Google leased the other two. Mason Curran said Vulcan has not picked a construction start date for the third block.