Major League Baseball wants its players embracing Snapchat as a way to bring fans closer to the game.

The league announced Friday that as part of a new multi-year deal with mobile messaging giant Snapchat, it will host a “Snapchat Day” later this month at Spring Training ballparks around the nation.

On March 11, players will be using “SnapBat” selfie sticks in the dugout and bullpen — where technology devices are usually prohibited — to give Snapchat users a behind-the-scenes look from the game. Snapchat users will be able to access an MLB Live Story, which will show clips recorded by players.

The SnapBat, which is basically an oversized selfie stick, was originally introduced during the 2015 Home Run Derby. 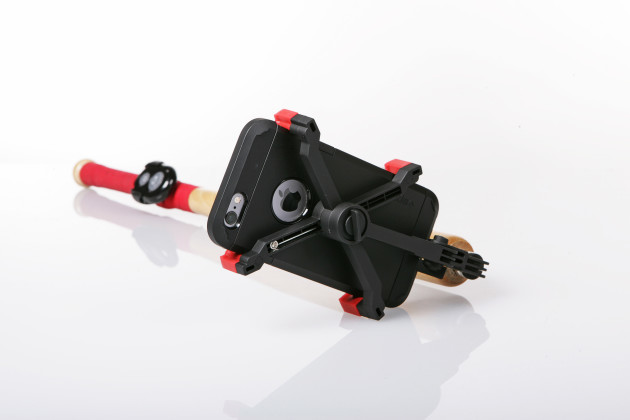 Who needs a #selfie stick when you can have a SnapBat? Straight out of the DI #innovation lab. #SpringTraining #MLB pic.twitter.com/vewT1rLOb8

The MLB recently let Tampa Bay Rays pitcher Chris Archer take over its Snapchat account and you should expect similar content on March 11:

As part of the expanded partnership, Snapchat will be at MLB games and events throughout the season, providing in-game content to users. The social media giant, which just raised another $175 million at a $16 billion valuation, will have access to MLB logos and exclusive behind-the-scenes content.

Last season, the two organizations worked together to produce content for Live Stories and a feature called “MLB Wednesdays” within the Snapchat app.

Snapchat, which has more than 100 million users, has steadily inked partnerships with other professional sports leagues like the NBA and NHL over the past few years, giving fans a unique look at sporting events around the world. One ad exec told Digiday last year that “Snapchat is turning into the SportsCenter of cultural moments,” which is interesting given what appears to be waning interest in sports highlights TV shows.

Bloomberg noted that Snapchat typically shares ad revenue with the leagues, which clearly see the messaging app as a way to want to reach the younger generation.

The MLB, meanwhile, has a technology arm called MLB Advanced Media that is preparing to spin out into its own business valued at $3 billion.