Microsoft posted quarterly revenue of $22.6 billion and profits of 69 cents a share, an increase of 11 percent, beating the expectations of analysts who had expected the company to post declining profits for the quarter ended June 30.

The company’s stock is up more than 3 percent in after-hours trading.

Analysts surveyed in advance by Thomson Reuters expected revenue of $22.1 billion for the quarter and earnings of 58 cents per share, which would have represented a decline of 3 percent from the same quarter last year. 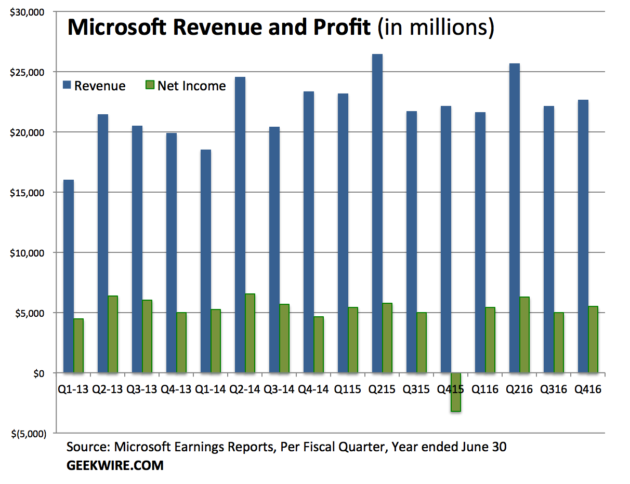 This the first earnings report since Microsoft announced its agreement to acquire LinkedIn for more than $26 billion, the largest acquisition in the Redmond company’s history. Although the LinkedIn deal has yet to close, the company will no doubt face questions about the deal from analysts as they get a chance to quiz company executives in depth on their plans.

Microsoft Surface revenue increased $76 million, or 9 percent, to $920 million. Phone revenue declined by $870 million, or 71 percent, to $355 million, as the company continued to reduce the scope of its Windows Phone business. 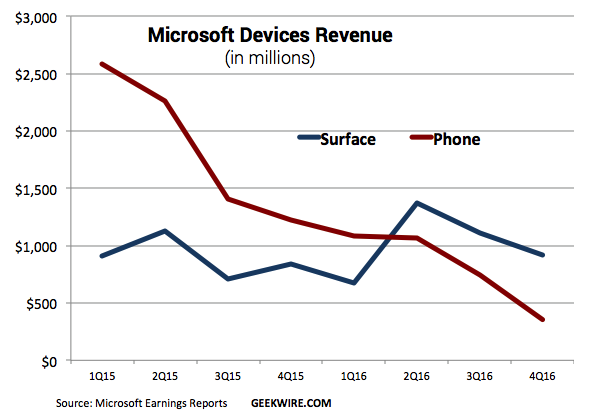 Revenue in “More Personal Computing,” the company’s largest division, fell by $346 million, or 4 percent, to $8.9 billion, due to lower revenue from devices and gaming. The company said Windows revenue increased slightly, and search advertising revenue climbed 54 percent, to more than $1.4 billion. 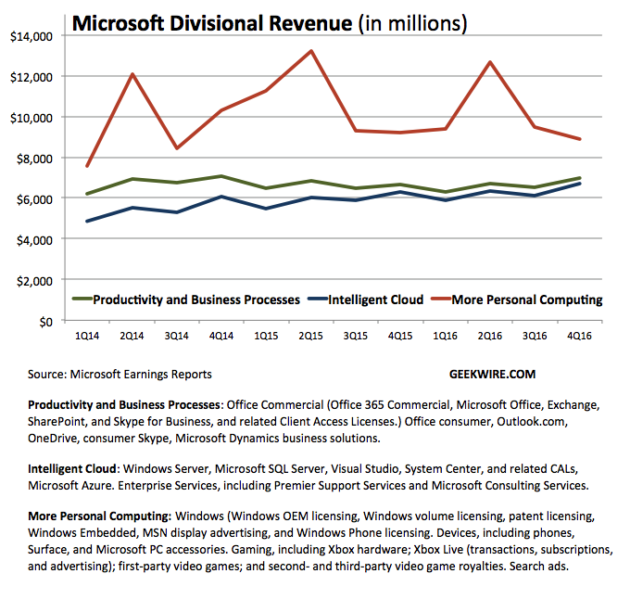