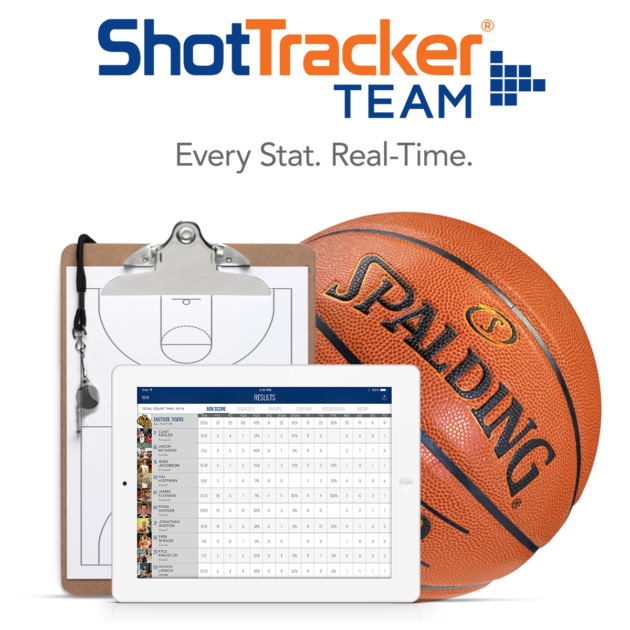 The Kansas City-based startup today announced a $5 million seed round that included participation from Johnson, the NBA Hall of Famer, and Stern, the former NBA commissioner who retired in 2014 after 20 years as the league’s leader.

ShotTracker makes wearable technology for basketball players. Its first product was built for individual players and includes a wrist sensor and a net sensor.

Much of the company’s focus is on a new market: teams. For teams, ShotTracker places sensors on a player’s shoe; in a special Spalding basketball; and in the rafters above a court.

Elysian Park Ventures, Greycroft Partners, Sovereign’s Capital, IrishAngels, ward.ventures, R/GA and Service Provider Capital also participated in the round. But Johnson and Stern provide extra validation to the company, given that both dedicated much of their lives to the game of basketball. They will advise ShotTracker in addition to being investors.

“ShotTracker TEAM will revolutionize the game not only because it automates the tracking of detailed player stats, but also because it’s an affordable solution for basketball programs at every level,” Johnson said in a statement. “This new technology simplifies the assessment of performance that will have a major impact on young athletes’ preparation and ultimately their basketball careers.”

In a statement, Stern noted that the NBA is “evolving” with sharp-shooters like Steph Curry and Klay Thompson hailed as the game’s best players today.

“Winning is now more about finesse than force, and teams must leverage everything in their arsenal in order to win,” he said. “By making real-time stats affordable, teams everywhere will be able to identify and capitalize on every competitive advantage.”

After playing 13 seasons in the NBA and winning five championships to go along with three MVP honors, Johnson has been active as a businessman. He leads the Los Angeles Dodgers ownership group; he runs Magic Johnson Enterprises; he owns part of LAFC; he has owned part of the Lakers; he does motivational speeches; he’s an NBA commentator on TV; he opened coffee shops with Starbucks; … did we miss anything?

Stern, meanwhile, is also an active investor. He makes investments with Greycroft Partners and backs companies like AlphaDraft, LiveLike, and others.

Founded in 2013, ShotTracker employs 14 people. The company is currently part of the L.A. Dodgers accelerator.