Jibo is having trouble. The round, cute “social robot,” which raised more than $3.7 million on Indiegogo, was originally scheduled to be released “Holiday 2015.” Jibo still has not yet shipped. Now, backers outside the US and Canada have been informed that their orders are being canceled, and they must request a refund in the next 30 days to get their money back. 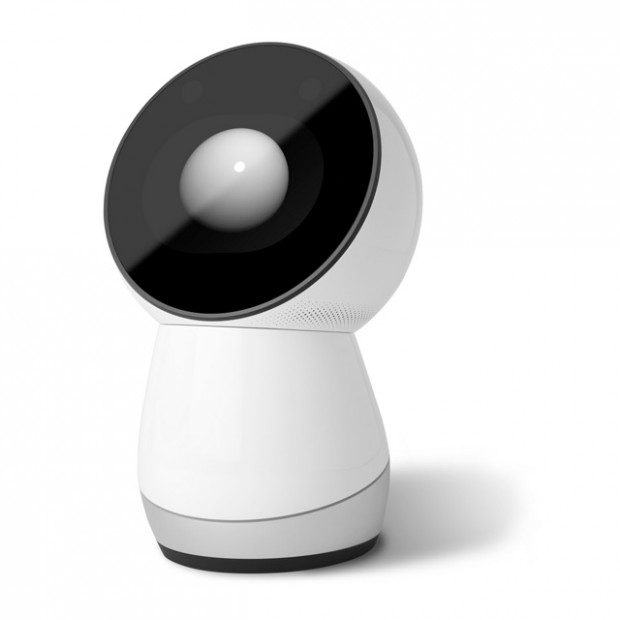 Although it was still in the early stages of development when it was on Indiegogo, the product got a lot of hype from the likes of CNN, WIRED, the New York Times, and even Katie Couric. GeekWire was one of the few skeptical voices.

Assuming Jibo does eventually ship to the US and Canada with all of its originally promised features, the company faces another big hurdle to long-term viability. Many of Jibo’s advertised features, such as hands-free smart home control and voice interaction with Internet services, are available today in the Amazon Echo, which costs just $180—nearly two thirds less than Jibo’s $500 pre-order price. The Echo has been shipping since late 2014, just after Jibo’s crowdfunding campaign closed.

More than 7,000 backers funded Jibo, but it is unknown exactly how many of those are affected by the news that Jibo is canceled outside of the US and Canada.

We contacted Jibo for further clarification, but Torie Richardson, a representative from Jibo’s PR firm, declined to provide any additional details or comments beyond what is provided on their refund FAQ page. 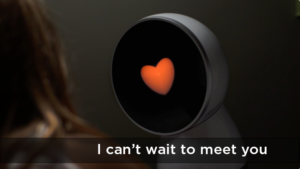 Jibo claims that they were forced to cancel all overseas orders because “Jibo won’t function up to our standards in your country.” Although Jibo was only ever advertised to work for “American-accented English,” they also confusingly claim that operating servers in the US “will create more issues with Jibo’s ability to understand accented English than we view as acceptable.”

Jibo’s crowdfunding page on Indiegogo is no longer accepting orders, but still contains their original claim that they are shipping around the world:

Where do we ship?
At this time Jibo is available in the US, Canada, the EU (all 28 countries), Norway, Switzerland, Australia, New Zealand, China, Taiwan, Singapore, Hong Kong, Vietnam, Indonesia, Thailand, Brazil, Argentina, Chile, Peru & Mexico. International shipping dates may vary dependent on certification in country. All Jibos use US American-accented English. Support of other languages and accents will come in the future.

One possible explanation is that the Jibo team never really intended to ship to most overseas customers to begin with. One local tech company founder who also used crowdfunding to raise funds for a hardware device shared an open secret among hardware technology companies:

“General wisdom when you talk to product people doing crowdfunding is to enable overseas orders for your crowdfund campaign then quietly refund the overseas folks that are hard or expensive to ship to,” explained the local tech founder, who asked to remain anonymous.

Even if they refunded all of their Indiegogo backers’ money, Jibo should still have plenty of money to bring their product to market, having raised over $52 million in venture capital funding since throughout 2015.

International backers only have until September 9 to request their refunds, which will be issued by “US business cheque.”

Here is the full email that was sent to overseas backers of Jibo:

We need to share with you some important information about your Jibo Indiegogo and InDemand pre-orders. After exploring all the options, we have come to the conclusion that we will not be able to deliver Jibo to your country. The reason is clear: Jibo won’t function up to our standards in your country. We know this is disappointing news and that many of you have been looking forward to Jibo’s arrival since our campaign first launched, and for that we’re truly sorry. We can’t tell you how much we appreciate your support of Jibo and our vision, and to do right by you, we will issue full refunds to all pre-order customers in your country.

You can read more about the specifics of what this means in our FAQs, accessed through the link below.

We are truly humbled by your interest in Jibo, and specifically, in your willingness to support our dream of delivering Jibo to families and homes across the world.

Click here to claim a refund for your contribution and review our frequently asked questions (FAQs).

Please note that this link is tied specifically to your individual account and Jibo order. [Editor’s note: unique ID removed]

If you have any additional questions at all, please contact John at johnny@jibo.com

Thank you for your understanding and support,
The Jibo Team

When backers emailed Jibo to request more information, Jibo’s reply was just a rehash of their FAQ page, with no additional insights or explanations:

I understand that this decision is disappointing and frustrating. We also absolutely appreciate all of your support for us during and after our campaign.

Though we are extremely committed to our international supporters, at this time we are only able to ship to the US and Canada. I would like to provide you with a further explanation of how we reached this decision.

At the time of our original Indiegogo campaign, we believed we would be able to deliver the Jibo experience to English speakers throughout the world. Over time, through in-depth technical and market exploration, we learned operating servers from the US creates performance latency issues; from a voice-recognition perspective, those servers in the US will create more issues with Jibo’s ability to understand accented English than we view as acceptable. Additionally, given rapidly changing consumer-privacy laws, remote servers in the US providing services and content to other countries have been subject to extensive privacy regulation and legislation in many non-US countries, creating further barriers to providing you with the full Jibo experience you expect and deserve.

I know you were looking forward to having Jibo as part of your home and I apologize again for the frustration this decision has caused.