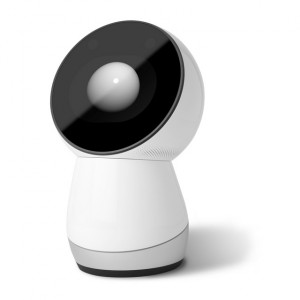 There’s been quite a bit of press recently about a new “family robot” called Jibo. The squat, Pixar-esque robo-assistant has raised over $2 million so far on Indiegogo and spawned dozens of effusive puff pieces across the Internet.

I’m a total sucker for robots and bleeding-edge technology, but the Jibo campaign is throwing up all sorts of red flags for me.

Jibo is certainly cute, and the pitch video has that “we’re living in the future” feel to it, but I’m super skeptical that Jibo will be worth the $500 they’re charging for preorders. Much of what they show in the video was faked (as admitted by Jibo right on their pitch page), and it’s definitely not clear that Jibo will be able to deliver on those promises by the claimed “Holiday 2015” launch timeframe.

From the Jibo Indiegogo page:

While not everything in the video will necessarily be there at launch, the JIBO skills described above are part of the core skill set. The core skill set will be released in 2015. And, because of the rich platform and ecosystem we’re building, everything in the video beyond the core skills will be possible — and more! With our developer community, we will continue to improve the product and add new and exciting features over time.
…
Because JIBO is an open platform, his skills and applications will grow, helping and delighting in ways even we haven’t even imagined…
…
The software update to make bluetooth available to developers and accessories should happen in early 2016.

That’s definitely a bit too much “will” and “should” for my comfort level.

So what does Jibo actually do today? Here’s TechCrunch:

Jibo isn’t set for release until late next year, so many of the features aren’t in a usable form yet. As you can see in the video of our demo above, the current iteration can dance and introduce itself and that’s about it.

Here’s some more vague handwaving from a Jibo investor via Xconomy:

[Jibo investor Bruce] Sachs admits it’s very early days for the company. “There’s a lot of development that has to go on between now and when Jibo is in production,” he says. “But I don’t think it’s invention or rocket science.”

Even if they do manage to deliver exactly what they’re actually promising, there’s at least one major shortcoming: Jibo doesn’t come with a battery and is not mobile at all—it’s designed to sit in one place, which pretty severely limits its usefulness. From the Jibo Indiegogo page again:

Does JIBO walk or have wheels? Where should I place him?
No. The best to place him where most of your household activities happen (like in your kitchen or the family room), or where you expect you’ll want JIBO’s companionship and assistance the most.

How do I charge JIBO?
JIBO comes with an AC charging pad that works with 110/220V. He’ll be battery-ready. That means JIBO does not ship with a battery, but you will be able to purchase one as an accessory if you want JIBO to run without the charging pad. JIBO is designed to run for 30 minutes on battery power.

What kind of batteries does JIBO take?
It will be a battery pack also available as an accessory.

So why would I spend $500 on the promise of a stationary robot, tethered to AC, to be delivered over a year from now? I don’t get it. Neither does TIME:

Most of the things Jibo promises to do can be done better by the handset in your pocket–which, by the way, you don’t have to lug around from tabletop to tabletop.
…
The creators are asking people to throw money at something they’ve never seen, that has only been shown to the press in limited demos, and that won’t even ship until the tail end of next year. All we have to go on right now is a slick-looking pitch video and a whole bunch of promises.

Speaking of the video, am I the only one who is totally creeped out by this?

No way am I going to leave an internet-connected, motorized camera next to my daughter’s bed. Nope, not happening.

I’m not saying that Jibo is a scam, but to me it feels very similar to Ouya, the crowd-funded Android game console that raised $8.6 million on Kickstarter in 2012. Ouya was actually delivered to backers and sold at retail, but was generally considered to be a disappointment, and almost completely failed to live up to the pre-release hype.

Maybe Jibo will deliver on everything they’re promising, and more. I certainly hope they do. However, I’ll be saving my money until that day comes.