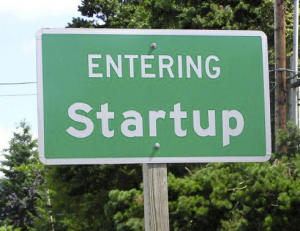 “Clockspeed” is a term of art from the computer industry; it means the operating speed of a microprocessor, the rate at which it is capable of performing mathematical operations. In computing, faster is always better — the more operations a machine can complete in a given time, the more powerful it is considered to be.

But the global economy also has a clockspeed, a pace of business that governs how quickly companies can grow and adapt to the changes around them. From the industrial revolution up to the late 20th century, the clockspeed of industry changed only slowly, mostly driven by incremental improvements in automation (steam engines, electricity) and telecommunications (telegraph, telephone, and fax).

Since the introduction of the microprocessor in the late 1960’s, however, the clockspeed of business has shifted from a linear growth pattern to an exponential one, loosely approximated by Moore’s Law (which predicted that the number of transistors that could be squeezed onto on a single chip would double about every 18 months).

Like the legend of the king and the chessboard, this exponential acceleration was hard to notice at first, but today — 50 years after Moore’s Law was first articulated — we’re entering the “second half of the chessboard,” and the pace of change in technology has begun to outstrip the capacity of human organizations to adapt.

Before Moore’s Law took hold, “innovation” was something that happened in government labs and industrial R&D centers. Only companies with the scale and power to invest in innovation — and the sales, marketing and distribution muscle to drive it into market — could afford to compete.

The accelerating clockspeed of the global economy has turned that logic on its head. Moore’s Law has enabled a cascade of technologies — the Internet, open source software, smartphones, cloud infrastructure — that enable small teams of skilled software engineers to build, distribute and monetize their innovations without the permission or support of any existing firm.

And all the capabilities that once served as defensive bulwarks for incumbent firms — large, distributed teams; hierarchical authority structures; global supply chains — increasingly look like liabilities in the constantly-accelerating race to get innovations to market.

The first Internet boom and bust of the late 1990’s gave incumbent firms a false sense of security about the implications of Moore’s Law. Startup firms briefly captured the attention of the media and investment community, but just as quickly were washed away by the reality of small addressable markets (there were just tens of millions of Internet users at the time) and inflated expectations.

Today, five of the world’s nine billion people are connected to the Internet. Firms like Google and Amazon that were laughed at in the first Internet bubble now lead their categories worldwide. And new startups like Uber, Dropbox and Airbnb are vaulting to global prominence in industry sectors long-dominated by large and powerful incumbent firms.

The startup — and not the incumbent form or government lab — is now the primary vector for innovation in the global economy. Excellence in software engineering is the capability that governs the pace of innovation in nearly every industry. And access to software talent is the bottleneck that constrains innovation throughput in both large firms and small.

There are still certain domains in which established firms are best-suited to lead on innovation; for example in complex manufacturing (e.g., advanced electronics, jet engines); laboratory research (e.g., biopharma, genetics); or highly regulated industries (e.g., utilities, financial services), incumbents may be better-equipped to advance the state of the art than startup firms. But as “software eats the world,” even these domains will increasingly be open to attack by nimble firms that can model that complexity in purely digital forms.

The University of Washington believes that nurturing boundless innovation and creativity empowers students, faculty, staff, alumni and partners to create a world of good. Through the Innovation Imperative, the UW is creating inclusive solutions to society’s grand challenges.

Chris DeVore is director of Techstars Seattle, and a founding partner at Founder’s Co-op. This article is one in a series written for CoMotion, the UW’s innovation hub. To learn more from UW innovators, visit uw.edu/innovation.