John McAdam is no stranger to the job of CEO at F5 Networks, having led the Seattle-based security technology and network infrastructure giant for 15 years before retiring last year.

His return to the position last month — upon the abrupt resignation of his successor, Manny Rivelo — was not part of his original plan, but he’s in no hurry to get back to retirement.

That was the message from McAdam in an interview with GeekWire yesterday, after the company reported its first financial results since Rivelo’s departure for unspecified “personal conduct reasons” that the company said were unrelated to its financial or operational performance. 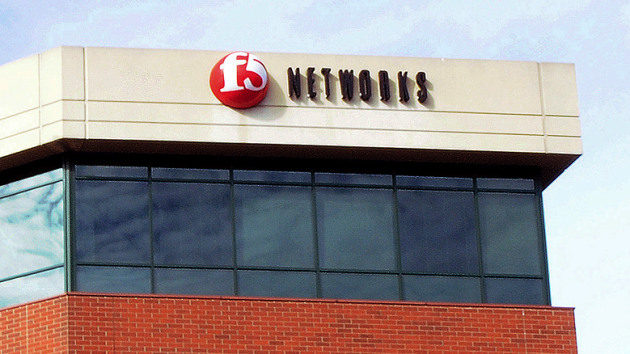 The search for a long-term CEO could start sometime in the second half of this year, he said. He has told employees that he wants to wait until things stabilize at the company.

McAdam remained chairman of F5’s board after retiring as CEO, so he was able to return to the business relatively seamlessly. His biggest personal adjustment initially, he said, was getting used to the crush of email in his in-box. He has assured concerned employees that the company’s strategy isn’t changing despite the unexpected CEO transition.

F5 is one of the largest tech companies in the Seattle region, with 4,275 employees, but it’s also one you don’t hear as much about. It operates largely behind the scenes, managing Internet traffic — helping online services and cloud applications run smoothly, securely and reliably. The company’s customers include some of the biggest brands in the world.

The company’s revenue was up 6 percent last quarter, to $489.5 million, but executives gave what they described as a cautious revenue goal of $480 million to $490 million for the current quarter. The company, which added 95 employees last quarter, plans to add only 50 this quarter — another sign of caution.

“We are convinced that our profitability is a key factor nowadays, and maybe more than it’s ever been in terms of market cap and stock price,” McAdam explained in the interview yesterday. “So we value it and we monitor it.”

F5 shares were trading at $89.35 at the time of publication, down less than 1 percentage point on the day. They had been trading higher in after-hours trading yesterday.

In explaining its cautious outlook, F5 said it’s taking into account broader trends in the global economy in addition to factors in its own business. In the interview with GeekWire, McAdam acknowledged that the company’s product revenue growth has been decelerating, but said rebounding from that will be more about finding the right “tactical business drivers,” not changing the company’s broader strategy.

“I’m very comfortable with the strategy,” McAdam said. “There’s going to be no change in strategy. It’s going to be all about execution.”